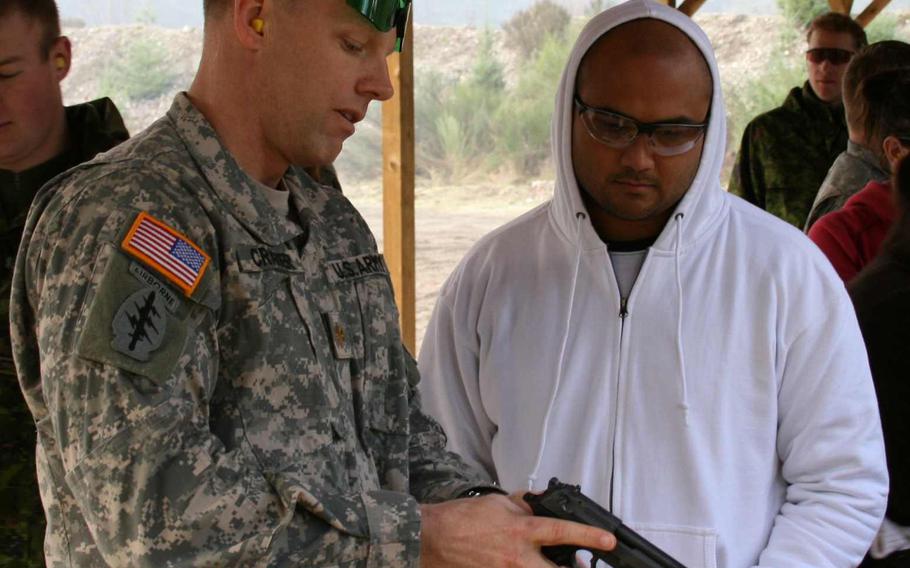 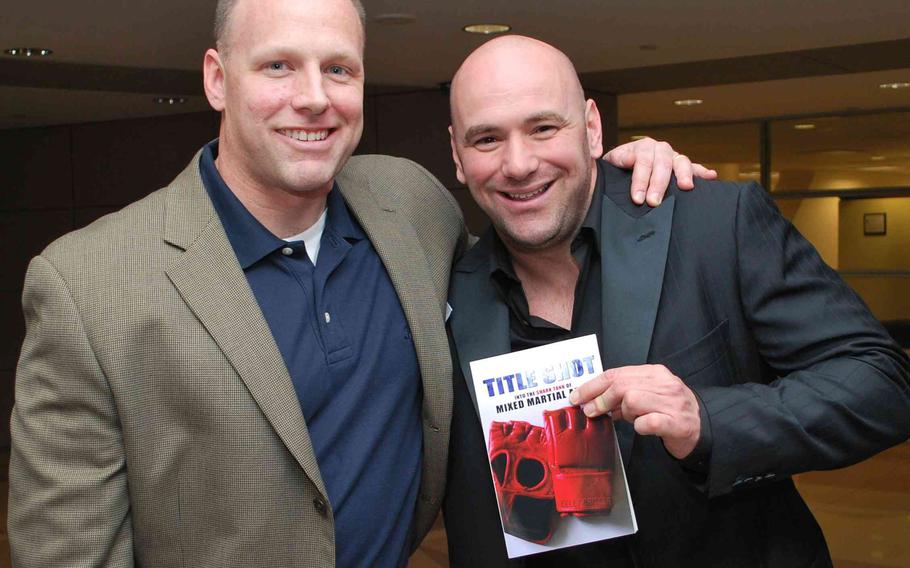 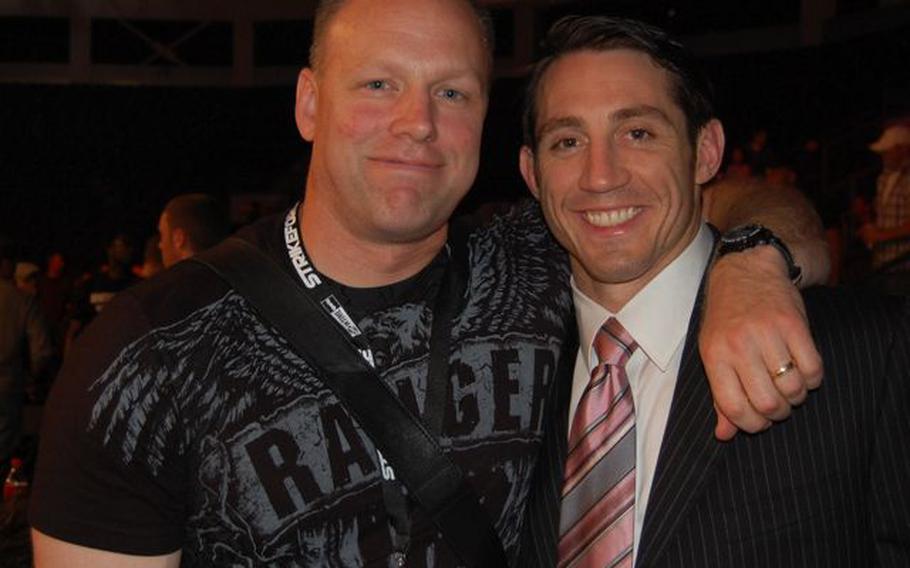 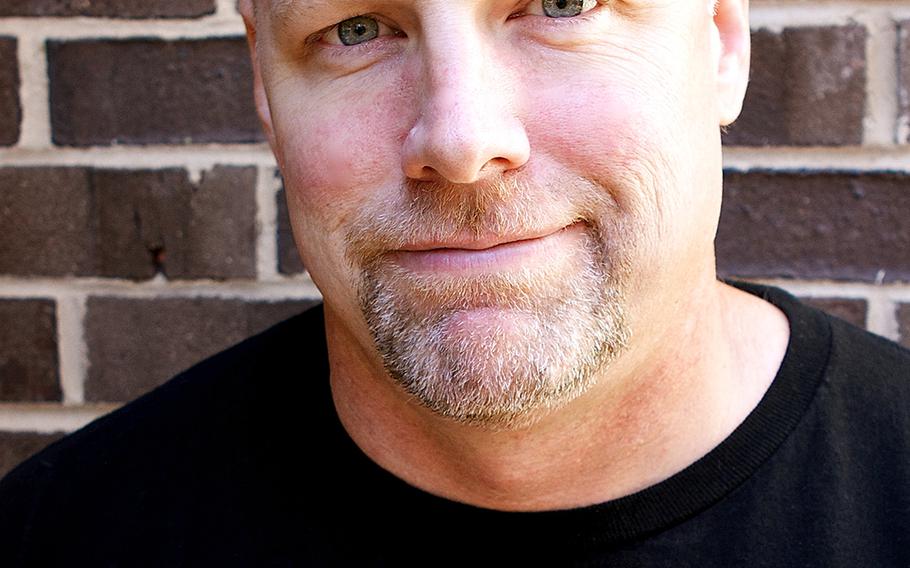 During any servicemember’s time in the military, there’s a decent chance that he or she has crossed paths with at least one project involving Kelly Crigger.

From providing a New York Times bestseller, to being an invested partner in one of the military’s top clothing apparel companies, Crigger’s presence behind the scenes is pervasive.

After 24 years of service as a lieutenant colonel in the Army, Crigger has chosen to devote his civilian life to serving the military. His résumé is dripping with projects and accomplishments that aim to support and promote servicemembers, such as Ranger Up, Graybeard Publishing, The Veteran Market, and an innovative veteran networking event called Bourbiz.

By starting Graybeard, his own publishing company, Crigger has given fellow servicemembers an opportunity to share their voices and stories.

Stars and Stripes talked to Crigger to learn more about this behind-the-scenes personality.

Stars and Stripes: Tell us a little about your military career. Crigger: I enlisted in the National Guard for four years during college and then was commissioned into active duty as a chemical officer in 1991. I stayed on for 20 years and had amazing tours of duty with great units like the 3rd Infantry Division and 7th Special Forces Group. The great thing about the Chem Corps is you get to live in several different cultures if you want to. I was in an Aviation Battalion, Special Forces Group, Armor Brigade, and was an O/C at NTC. I got to see how other people operate and think and got a well-rounded education because of it.

Was it always your plan to continue supporting the military after retiring? I knew I wanted to continue to be part of the Army after retiring, but I wasn’t sure in what capacity. When I first got out, I took a job as a publicist for a sports management company and spent a lot of time with MMA fighters and sponsored over 50 military veterans who wanted to pursue MMA.

What was your first major project catered to the military? I started a company called Veteran Tech Brigade that went horribly wrong. Or at least the government made sure it did. We started out with the goal of getting transitioning veterans placed into tech jobs and we were doing well until the sequestration of 2013 kicked in. After that, our client base dried up and the company folded. That was a horrible thing to go through, but like all of life’s lessons, you just learn and move on.

You’ve been involved with mixed martial arts, a sport that’s very popular within the military community, written articles on some of the military’s biggest names in the sport. Can you share some of the things you’ve done to promote and connect MMA to the military? I am a partner in a military apparel company called Ranger Up, and through Ranger Up, I ran a program to sponsor a lot of veterans in the cage, which was very rewarding. The military combatives program [close quarters combat training] is fantastic in my opinion. The Army is a warrior culture and combatives develops that ethos. I think it’s one of the best initiatives the military has ever undertaken.

You started Graybeard Publishing, a publishing and consulting service for military veterans. What encouraged the need for this resource? Toby Nunn (friend, veteran, and advocate of Veterans Affairs) called me up one day in 2013 and suggested we start a publishing company for veterans so they could tell their stories. So we started Graybeard. Our most recent book, “The Iron Major Survival Guide,” by Dave Dunphy, is now on AAFES’ bookshelves. We have more books by veterans in the works and one graphic novel that I’m really excited about called “SNAFU.” “SNAFU” is a collection of funny stories from combat that we’re putting into graphic novel form, and I can tell you it’s going to be epic.

What advice would you give to any servicemember looking to branch out into self promotion after their time serving? I would say if you’ve waited until after you got out of the military to set yourself up for a new career, then you’re way behind the power curve. Troops need to start setting themselves up for life after the military around five years before they get out. I would also say don’t be afraid to make a big decision or take a leap of faith. All of my success out of uniform can be traced back to one major moment — the decision to write my first book. After that, all sorts of doors opened up. I wouldn’t have written seven more books, become a partner in Ranger Up or started my own business if I hadn’t taken the plunge and gone on the road to write “Title Shot” in 2007, which was 4 four years before I retired. I encourage everyone to have the courage to take those big leaps of faith.

What are some of your recently completed projects and anything new that military community should keep an eye out for? I released my first novel, “The Comfort Station,” back in December. That book took me 12 years to write, so I’m very proud of it. I just finished my next novel, “Reverse Polarity,” and I’m very involved in a great project to give veteran business owners and military spouses an outlet for their products called The Veteran Market.com. My biggest project right now is DASH Survival Kits. I don’t want to let the cat out of the bag too far, but I’m going to revolutionize the way bug out bags and disaster survival kits are made and marketed. I’m very excited about it.