‘Resonance of Fate’ is flippin’ fun 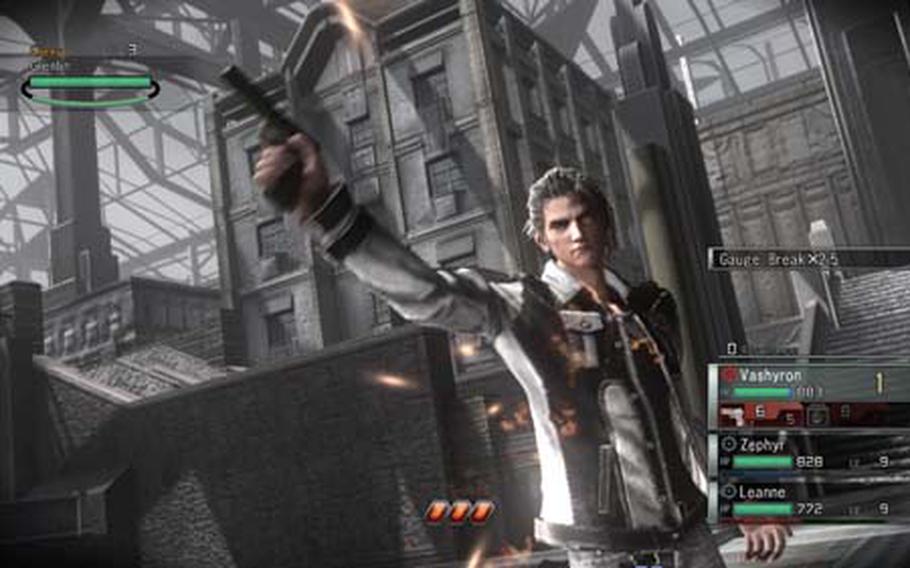 Vashyron takes aim at an enemy in a scene from “Resonance of Fate.” (Sega)

"Resonance of Fate" is like a cross between "Final Fantasy" and "WET" — a Japanese-style role-playing game that features acrobatic gunslingers.

It’s a mix that offers the potential for problems, but ends up working pretty well.

The T-rated game developed by tri-Ace for Sega is set in the distant future, after humans have built an enormous spire to escape the effects of environmental degradation. You spend most of your time traveling up, down and around the structure completing missions and unlocking the mysteries of the gritty mechanical world.

You fight as a trio of mercenaries — Vashyron, Zephyr and Leanne, who look like standard-issue manga heroes. They fight with handguns, machine guns and grenades, instead of the swords and spells common to most role-playing games. Diverse kinds of ammo add some variety to their attacks.

They also can engage in a number of Hero Actions and combos that send the characters leaping, spinning and flipping through the air, dramatically increasing their effectiveness.

Balancing the use of these special maneuvers and the different kinds of weapons is the key to success.

The biggest problem with the game is an inadequate tutorial. I ended up consulting the Internet to get the lowdown on some moves and quickly discovered that many others had similar problems. However, once you get the basics down, the game play mechanics work very well.

Of course, like similar RPGs, the action can get very repetitive and the story can get melodramatic. That just comes with the territory.

Although I’m not a big fan of Japanese role-playing games, guns and acrobatics resonated with me.