'Ready or Not' actor Adam Brody dishes on his career, TV habits 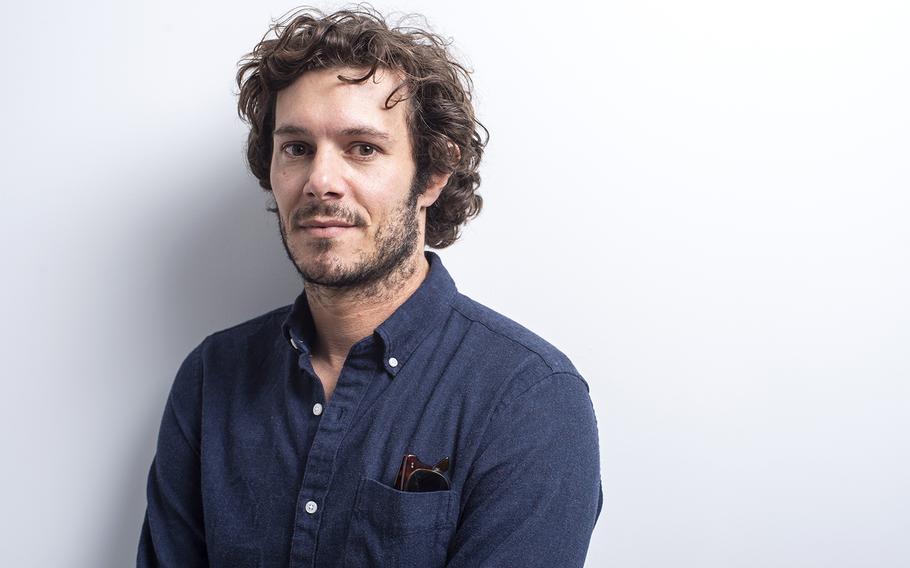 In actor Adam Brody's new movie, "Ready or Not," Brody is part of an ultra-rich family with an odd marriage ritual. (Scott Gries, Invision/AP)

NEW YORK — In Adam Brody’s new movie “Ready or Not,” now in theaters, he’s part of an ultra-rich family with an odd marriage ritual: When someone marries into the family, that person must pick a card to play a random game on their wedding night.

The catch: The game may be deadly.

While it’s a horror film, the movie is also funny, and Brody’s character Daniel adds to that levity.

“He’s pretty disgusted with his family — including his wife. And himself. And the ritual. He does undercut the stakes or the seriousness every chance he can get,” Brody said.

Brody, whose big break was on the Fox soapy drama “The OC” from 2003 to 2007, has been steadily working in recent years. Earlier this year, he appeared in “Shazam!” and will soon begin filming the first season of the FX anthology series “Mrs. America” and the indie film “Kid Detective.”

Brody also talked about working with his wife and their TV habits and more on filming “Ready or Not” with The Associated Press. The comments have been edited for clarity and length.

AP: “Ready or Not” is a funny horror movie. What was the mood on set? Brody: We were all sitting in a room between setups on our phones and talking and getting to know each other in the middle of the night and all hours of the day, so you get sort of punchy. I do think a lot of people who sort of specialize in that dark stuff on screen are some of the lightest people. And then you go on something you think is gonna be a fun comedy and you’re like, ‘Why is this guy so stressed?'

You appeared in the season finale of your wife Leighton Meester’s comedy series ‘Single Parents’ as her ex, and you’re returning for season two. Did you like the idea of playing a not-so-nice guy on the show? It’s perfect. It’s exactly what I’d want. I get to work with her. I get to be the father of her child, but I’m also an idiot. I just want to be a character. I don’t want to go in there and be like a straight man, romantic guy. I want to be a dummy. (laughter)

Are there any TV shows that you two have to watch together? ‘Real Time with Bill Maher.’ We always watch Bill Maher together. That’s hard because it’s topical and I lose interest if we get to another news cycle and we haven’t seen it yet. ... I love the show. I think it’s one of the more honest conversations. First of all, it’s funny, it’s entertaining, but also I think because of the air of humor and also you can be off-color and can cuss, you get at a greater truth.

What about any reality TV like ‘The Bachelor’? Brody: We did do a few seasons of ‘The Bachelor’ and liked it. We had our fun with it. I get it on one hand, and on the other hand, they bleach it of all humanity, which is weird. I’m not saying they find the most interesting people, but they’re going in a helicopter to the top of a mountain. I’m sure something was said that’s funny, you know? Or some interesting observation. Or something about the backstory of somebody’s life. They really whittle it down. It’s still a big hit, so if it’s not broke, don’t fix it, but I do feel like, you must work so hard to scrub it of any of the personality that’s probably there.

Are you comfortable watching your work? Brody: Yeah, but I’d find it so depressing if you asked me to put my best three scenes on something. I’d go, ‘I can’t believe this is the best I’ve done.’ But, I can definitely watch myself. ... To me, acting on screen in so piecemeal. You do it out of order, you do a line here, a look here. I’m so curious about the final product. I’m into the script. I’ve watched the director’s other movies. What music’s gonna be in it? I want to see it. I very much love (when) the whole things come together and there’s the premiere, let’s go watch and see what we all made collectively.