'Prototype 2': Mutant mayhem not for the squeemish 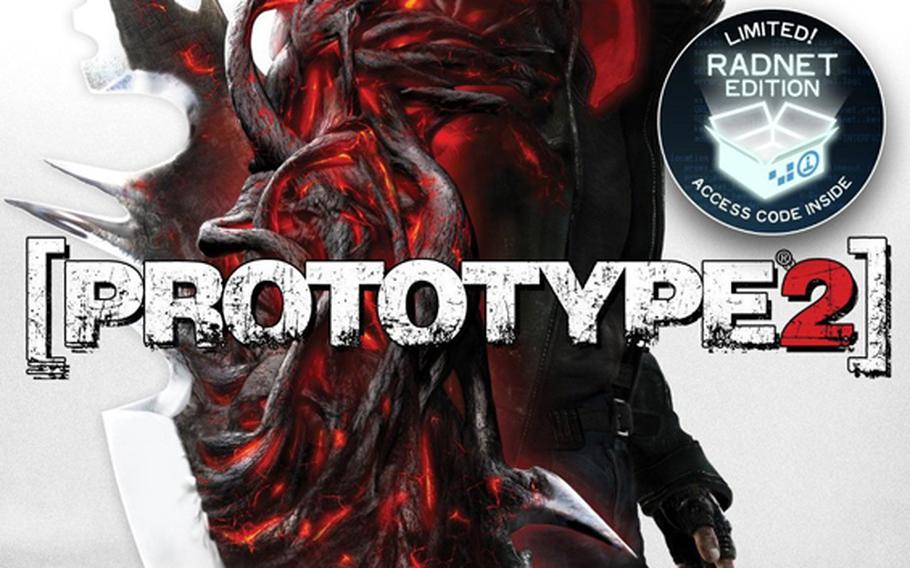 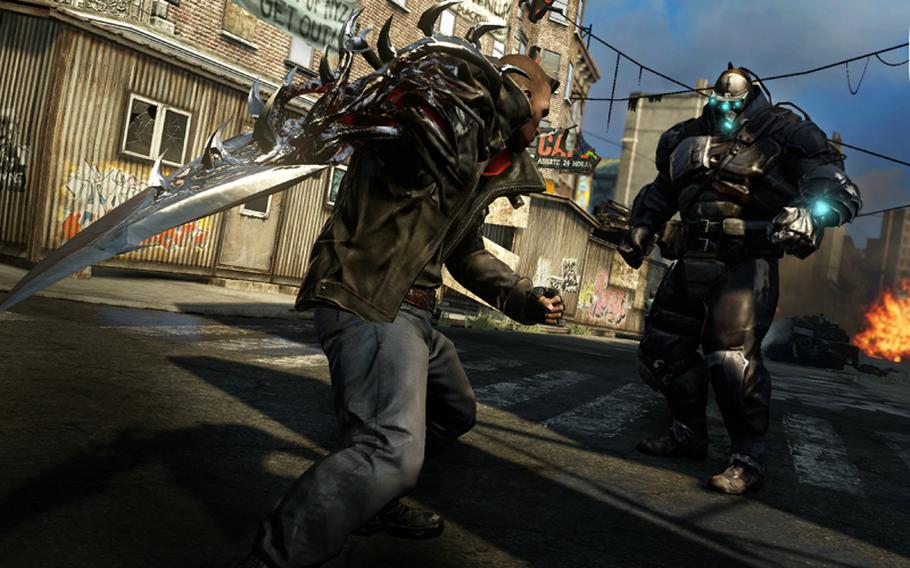 James Heller can sprout a large blade when it’s time to slice and dice a foe in 'Prototype 2.' (Games Press)

Sometimes a second prototype is needed to address problems with the original. That appears to be the case in “Prototype 2,” an action role-playing game developed by Radical Entertainment for Activision.

In “Prototype,” you played as Alex Mercer, the man blamed for unleashing a deadly plague on New York City. In the sequel, you play as Sgt. James Heller, a combat veteran sent to eliminate Mercer. Heller has a foul mouth, anger issues and a major grudge to settle because his wife and daughter fell to the virus.

However, things don’t go so well when Heller confronts Mercer and the vet gets infected with the virus, which usually turns its victims into zombies or hideous, bloodthirsty beasts. Fortunately, Mercer’s strain of the virus allows the victim to control his mutations and become a formidable fighting machine.

In addition, Mercer informs Heller that his real foe is Blackwatch, a secretive paramilitary organization that actually released the virus and is using New Yorkers as test subjects.

This all happens in the first few minutes. For the rest of the game, Heller and his allies try to figure out what’s really happening and attempt to circumvent Blackwatch’s evil schemes. In true video game fashion, some of those allies will turn on Heller and surprising revelations will change the course of the action.

Heller spends much of his time breaking into Blackwatch facilities or hunting down people with information. This can be done by killing and “consuming” an enemy, which permits you to learn their memories and assume their physical appearance. This allows you to walk onto Blackwatch compounds undetected, as long as you don’t make a nuisance of yourself or walk too close to a mutant detector.

While it is possible to accomplish some missions with stealth, in most cases, blood will be spilled — by the gallon. Heller’s mutations include super strength, gigantic razor-sharp talons, a scythelike blade, rocklike fists, a whiplike arm and grotesque tendrils that can grab and kill a number of foes at once. Bodies and parts of bodies litter the ground after most encounters.

In the wake of such gruesome mayhem, it’s generally a good idea to flee the scene as quickly as possible. Fortunately, your mutations come in handy here too. You can run right up the sides of buildings or leap into the air and fly for short distances. Both abilities are very useful and a blast to use.

“Prototype 2” makes some improvements over the original. For example, Heller is a much more compelling protagonist. In addition, the control system seems to be smoother and more efficient. And the story and the action does a much better job of holding your interest. This all adds up to a game that’s much more fun than the original.

However, the sequel still falters in a few areas. The story is rather predictable and the nonplayer characters are pretty shallow. And in most cases, enemies are downright stupid. You can run right up the side of a building or come gliding in from the heavens and no one raises an eyebrow — let alone an alarm. And aside from a few big baddies, most enemies never pose a serious threat.

Finally, “Prototype 2” will seem very familiar if you’ve ever played “inFamous,” a superior game that’s available only on the PlayStation 3. The similarities in the themes, gameplay and story are striking.

The game earns its M rating for blood and vulgar language.

Bottom line: B “Prototype 2” might feel a bit shallow in its story and character development, but it’s still very fun to play.