PlayStation 3 gets an exciting trial run at Electronic Entertainment Expo 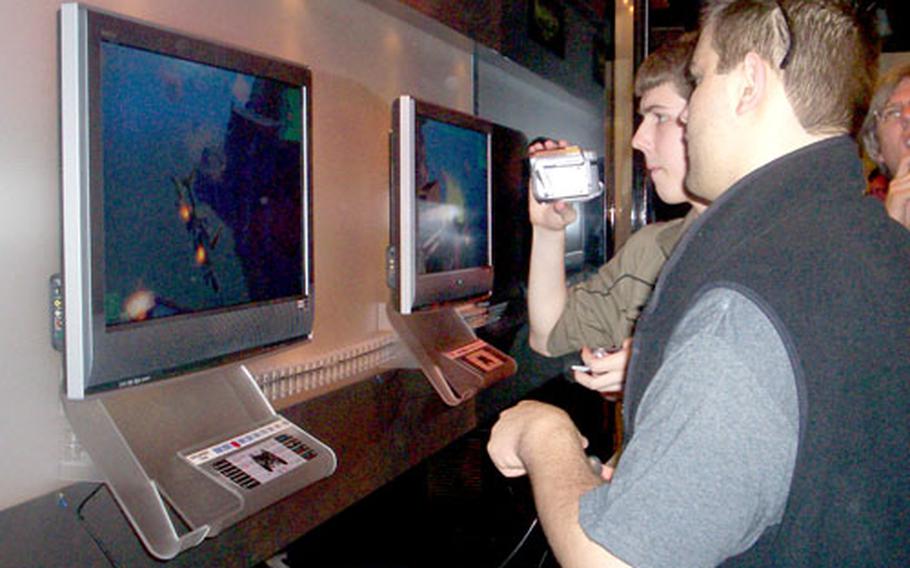 LOS ANGELES &#8212; It was cool. It was fast. It delivered eye-popping graphics.

PlayStation 3 was out of the box for a trial run at the Electronic Entertainment Expo in Los Angeles on Wednesday. The system will be released worldwide on Nov. 17 with Blue-ray technology and a built-in hard drive that will allow downloads. This means better control and more flexibility. However, that&#8217;s old news.

The big news was that Sony will match Nintendo&#8217;s efforts to create a controller that gamers can wave, swing and maneuver in waves that will affect on-screen action.

The new controller looks remarkably like the current PS2 controller on the outside, but the magic is on the inside. Sony says, &#8220;More natural and more intuitive play will become possible as if the controller has become part of your body.&#8221;

A handful of new games were available for testing. Most looked very good but didn&#8217;t really involve any great leaps forward in game play. There was a new racing game, &#8220;MotorStorm, and a new edition of &#8220;Sonic the Hedgehog,&#8221; both of which looked suitably awesome &#8212; even if I kept crashing and falling over cliffs. A new hack-and-slash game titled &#8220;Genji 2&#8221; delivered plenty of action and very cool graphics in an ancient Asian setting.

It&#8217;s a pretty typical air combat game &#8212; although the graphics are, of course, a generation more advanced than anything available right now. What sets the game apart is the ability to control the aircraft using the yaw and pitch of the controller. Push the controller away from you and the aircraft dives. Tilt it to the left and the aircraft heads left. Although I crashed a few seconds in, it took only a few minutes for me to get used to the control and become an ace &#8212; or at least evade oncoming enemies.

This was a pretty easy test for the new controller. The possibilities were fairly limited and the game play pretty intuitive. I&#8217;m eager to see how it can be used in sports games and fighting games. Swinging a sword or baseball bat involves a little more effort than tilting a controller from side to side and up and down.