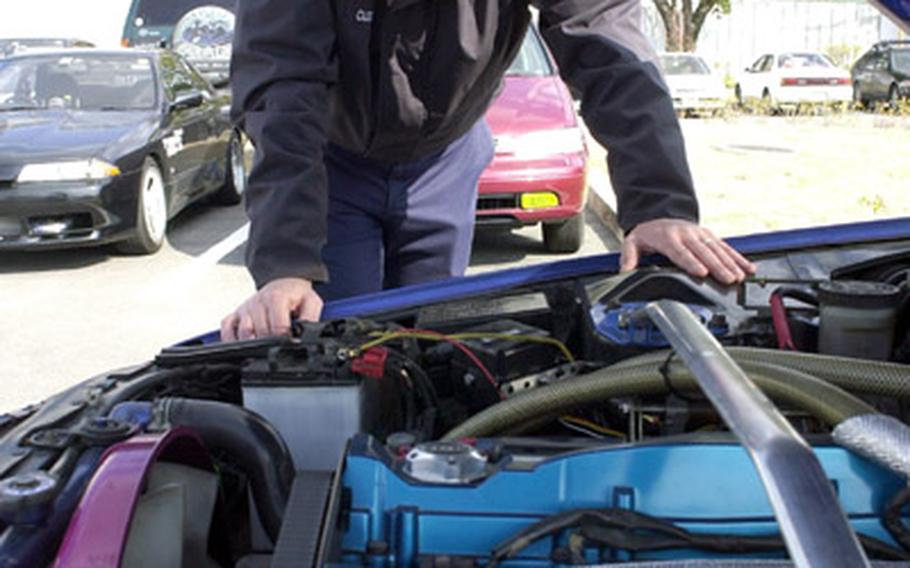 When it comes to his 1991 Nissan Skyline R32-GTR, what he craves most is high performance, the Porter, Texas, native said.

Nonetheless, his car is attractive: sleek, deep ocean-blue and spit-shined. Under the hood is where it counts, he said.

&#8220;I changed a lot of parts on the engine. I run a T-78 Turbo now, compared to the twin turbo it came with. I put a boost control in it, and various gauges &#8230; changed the injectors &#8230; put I-cams in it and a four-port intercooler. It comes with racing seats already. I added a twin-plated clutch. And of course, I changed the stereo out because stock stereos aren&#8217;t worth anything; now I have a top-of-the-line Pioneer.&#8221;

&#8220;The main one is Karatsu Engine Works, one of the best in Kyushu. There&#8217;s another one in Arita called Squares. I also buy a lot of things off the Yahoo! Auction, and you can get things really cheap.&#8221;

&#8220;The base shut down the main place we used to go, out at the Saga Airport. We could watch people get it on down there; they do the quarter mile down there. Now there&#8217;s a couple around here where you can actually buy time on the track.&#8221;

What&#8217;s your favorite accessory on the car?