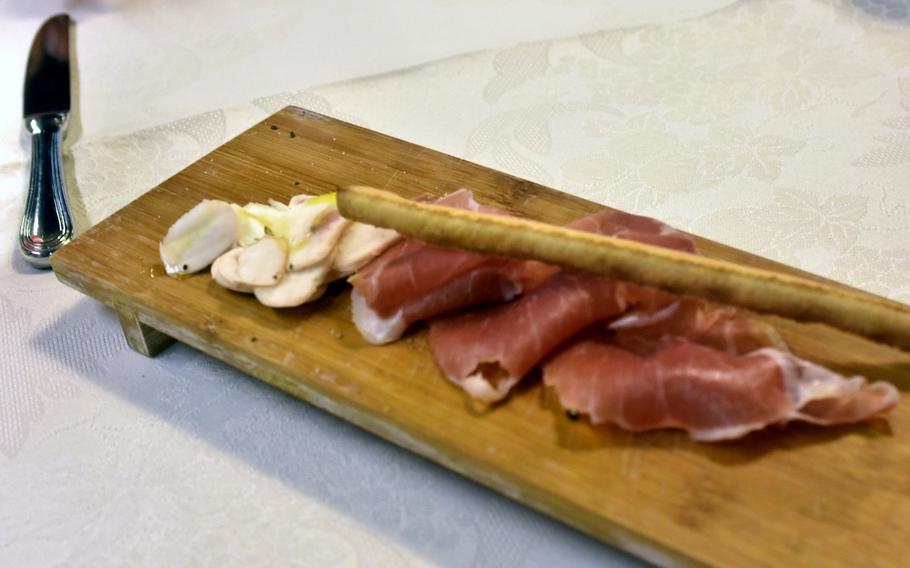 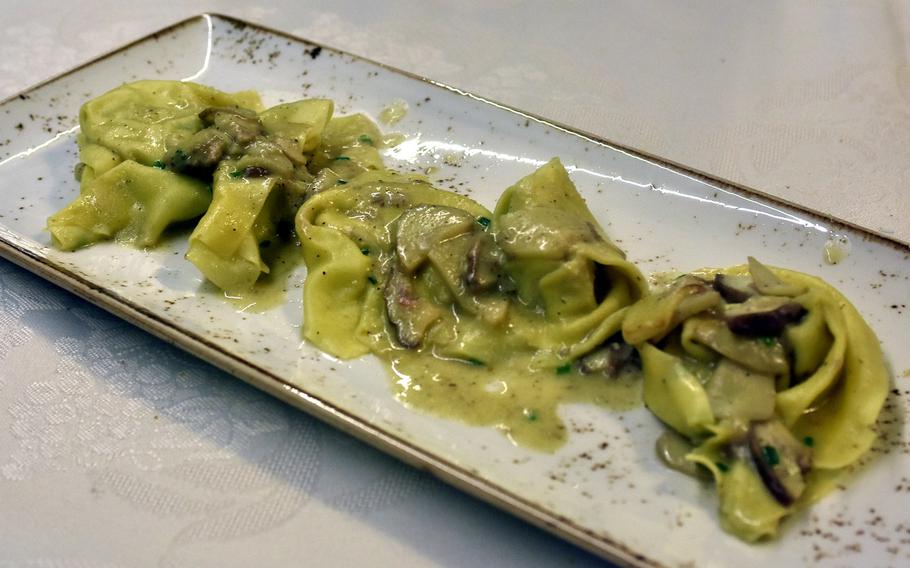 This first course of pasta with mushrooms was an option during a recent visit to Ristorante Cial de Brent in Polcenigo, Italy. (Kent Harris/Stars and Stripes) 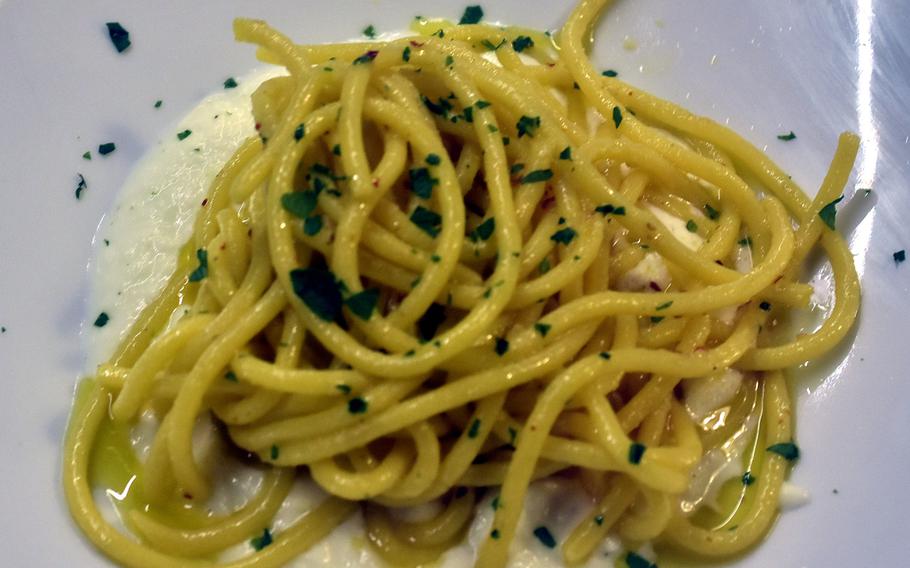 If you like to eat out with family and friends but have a hard time finding a place where everyone can find something they like, there might be a place for you in Polcenigo, Italy.

And if you make a reservation in time, you can invite just about everyone you know.

Luigino Zanette owns two restaurants in a complex atop a small winding road. One, Ristorante Cial de Brent, is a fine-dining establishment, the sort one might expect to see with a Michelin star. It’s laid out over a series of dining rooms on a floor above El Mordisco, a pizzeria that offers a lot more than pizza.

A Mexican section includes tacos and not-so-Mexican paella. Then there’s a section for large salads. A kid’s menu features a hot dog and fries, squid and chips, Wienerschnitzel and chicken wings. There are more than 70 offerings in the pizza section.

Any of the simpler fare can be brought upstairs to the fine dining area to eat, while other diners are using two forks and two knives with their fancy meals.

That’s not the standard practice, but the two restaurants — which have separate kitchens and separate staffs — sometimes cooperate.

Cial de Brent is almost a series of restaurants in its own right. It can hold about 500 people at a time, almost twice the capacity of the downstairs restaurant. Together, they make up one of the largest restaurant operations in the province of Pordenone. Not bad for a small town near the base of the Dolomites that’s dwarfed by several other nearby communities.

Though the menu at Cial de Brent is more concise, there are still a few pages of options to choose from for each of the appetizer, first and second courses. The food is presented elegantly and diners often get a complimentary appetizer.

Reservations are recommended for both restaurants, especially for groups on weekends.

Ristorante Cial de Brent & El Mordisco Pizzeria Polcenigo is located southwest of Aviano Air Base. Turn right at the traffic circle in Vigonovo and continue into the town. Take the winding road up the hill at the sign roughly on the edge of the downtown. There are a few levels of parking.

Menu: Cial de Brent’s is in Italian. Some English is spoken. A large portion of El Mordisco’s is translated into English.