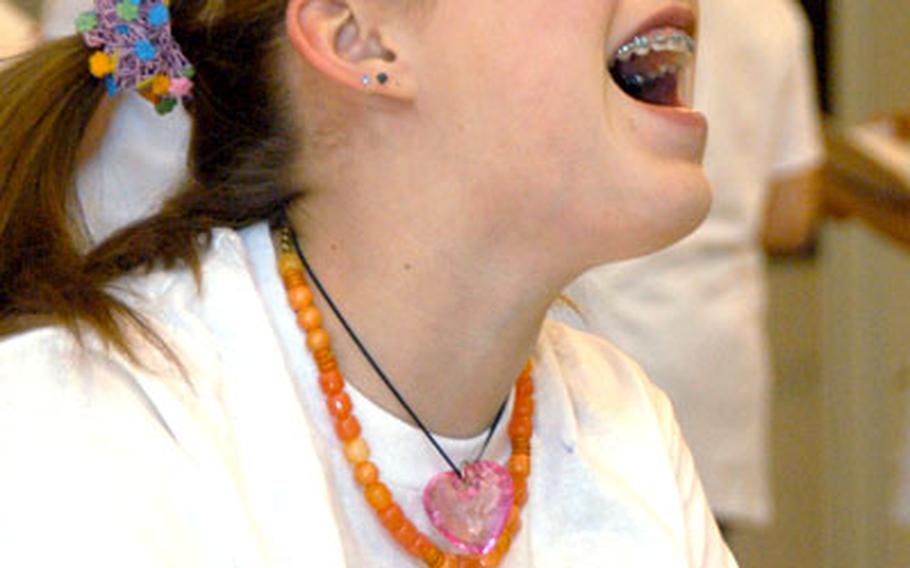 Baby-sit on a Friday night and you could get stuck with a brat, says Kinnick High School student Meagan Evertson, who plays the role in a Readers’ Theater rehearsal. (Allison Batdorff / S&S)

Baby-sit on a Friday night and you could get stuck with a brat, says Kinnick High School student Meagan Evertson, who plays the role in a Readers’ Theater rehearsal. (Allison Batdorff / S&S) 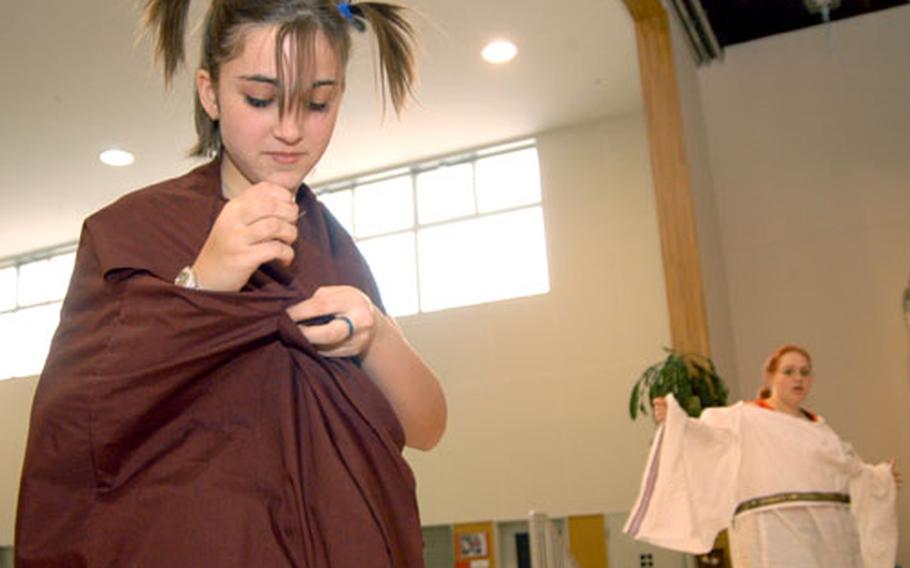 Ashley Bailey, a 10th-grader at Kinnick High School, prepares for her role in an excerpt from “Antigone” during a rehearsal. (Allison Batdorff / S&S)

This may be unusual behavior for teenagers &#8212; but not for the 120 students in town for the 2006 Far East Speech and Drama Festival.

&#8220;We&#8217;ve never had the billeting before,&#8221; Vandermolen said. But while nailing down the logistics for the students and their entourages is a huge undertaking, she&#8217;s had no trouble finding volunteers to help.

One of the volunteers is USS Kitty Hawk Petty Officer 3rd Class Clay Levering who aspires to teach drama or history.

Their critics are volunteer judges, coaches and, in the case of the storytelling competition, the discerning elementary school children of Sullivans and Ikego Elementary Schools.

&#8220;Teenagers are at an age where they&#8217;re exploring who they are,&#8221; VanderMeyden said. &#8220;Drama gives them a safe way to do that. They can try on different characters. If they don&#8217;t like them, they can slough them off after the performance. If they do like them, they are incorporated into their personality.&#8221;

Even if you&#8217;re not an actor, live performance is still interesting, said students in an English as a Second Language class who watched one of the competition rounds. It&#8217;s different from television and film, where most teens find entertainment.