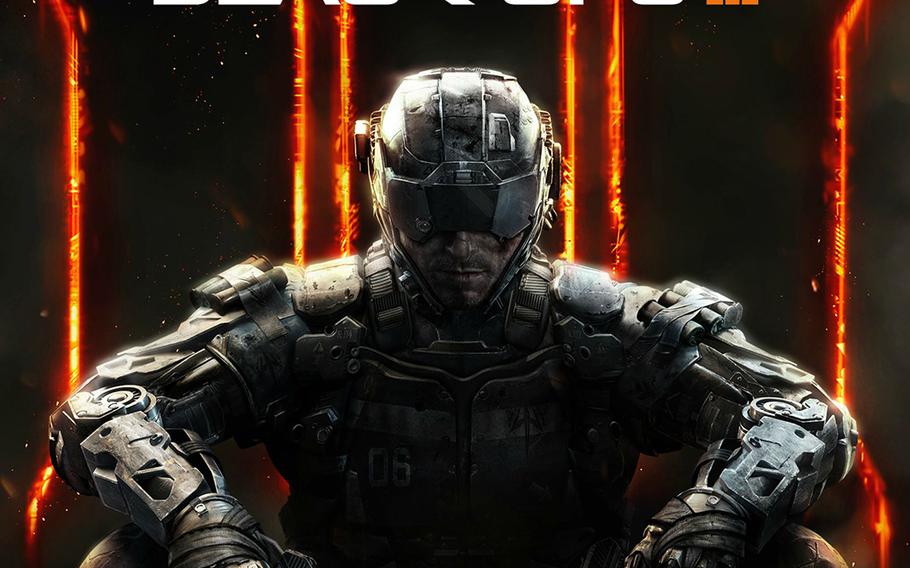 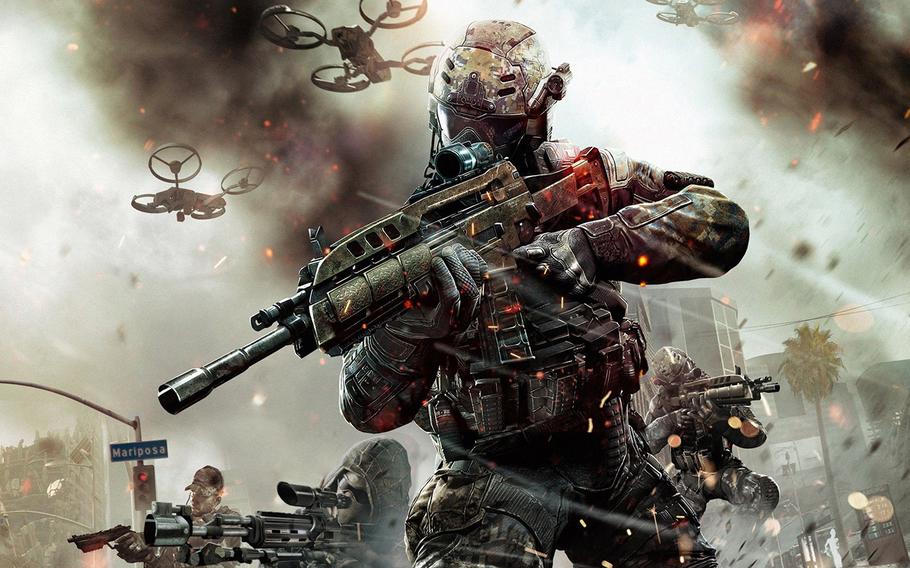 Blast your way through a deceptively complex campaign, then engage in multiplayer mayhem, zombie survival and an additional revamped campaign in "Call of Duty: Black Ops III." (Activision/TNS) 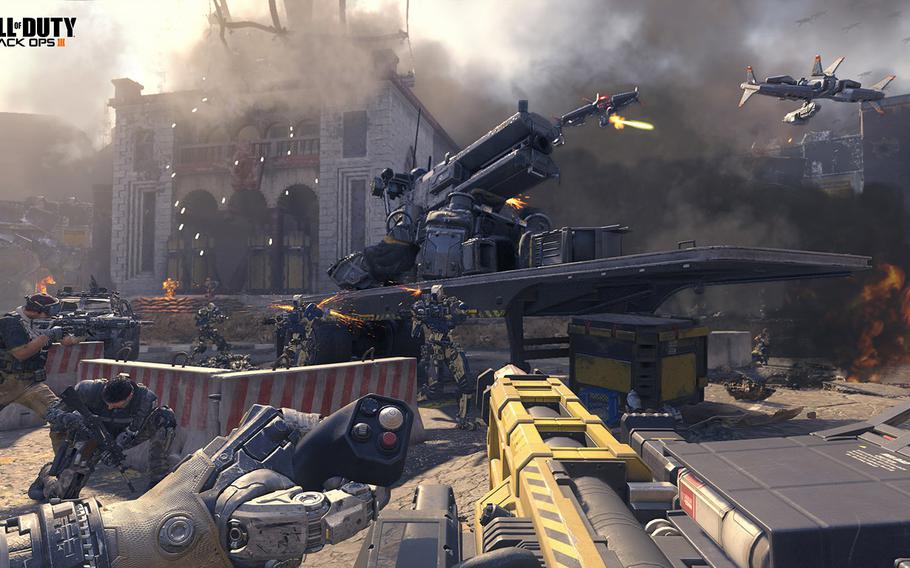 The “Call of Duty” franchise dives deeper into the realm of science fiction in “Black Ops III.”

The first-person shooter — developed by Treyarch for Activision — is set about 40 years in the future in a world where robots and cybernetic enhancement of humans are relatively common. You play as a special operator who is mangled by a robot and given a second chance at service thanks to artificial limbs and a neural implant that lets you connect to computers and other troops.

The cybernetic enhancements were a key feature of last year’s “Call of Duty: Advanced Warfare,” so some superhuman feats will seem familiar. Incredible strength and impressive jumps are old hat. The biggest addition in this area is the ability to run up and along walls.

On the other hand, the brain implant brings a wide variety of new tricks to the battlefield. One set of powers allows you to interfere with enemy gadgets, drones and robots. A second set enhances your melee abilities, making them utterly devastating. And a third set allows you to incapacitate enemy soldiers by toying with their minds or their gear. Of course this opens new avenues of attack by turning enemies’ weapons against them, obliterating them with one punch or leaving them stunned and unable to respond.

These implants also become the focus of the game’s storyline. Without divulging too much of the plot, it’s safe to say that quite a bit of combat occurs in the minds of the characters. This leads to some otherworldly battles featuring World War II Germans, Nazi zombies and enemies who seem to dissolve and regenerate before your eyes.

But in the end, the story feels very derivative, with bits of “Call of Duty: World at War,” “Call of Duty: Advanced Warfare” and even elements from the supernatural “FEAR” series. And that feeling isn’t helped by the fact that the enhanced powers are very similar to the abilities featured in the sci-fi shooters “Halo” and “Titanfall.”

However, most of the people who helped Activision ring up half a billion dollars in sales during the game’s first three days of availability didn’t plunk down their money to play the campaign. They did it first and foremost for the multiplayer competition. If they needed a second reason, it was the zombie-fighting mode. Fortunately for these fans, both are excellent.

The new physical powers translate very well into online multiplayer competition. You can leap, climb and wall-run like a parkour pro on maps that have been designed to showcase these abilities. Thanks to the maps and the efficient controls, movement is smooth and exhilarating. But this is definitely the domain of those with nimble thumbs. “Call of Duty” multiplayer battles have always been frantic, but the pace of the action in “Black Ops III” surpasses all previous editions.

Developers also have added character classes to online play. Players can choose from nine specialists, each with a different weapon and ability. For example, Outrider uses a bow with explosive bolts and has a radar-like ability that can locate nearby enemies. And Reaper can transform his robotic arm into a minigun and also create decoys to fool enemies. However, none of the specialists actually uses the devastating powers of the brain implants that are featured in the campaign.

The game offers the traditional slate of online battle modes, such as capture the flag and search and destroy. It also adds “Safeguard,” in which one team must escort a robot from one side of the map to the other while the other tries to prevent the movement. Although it provides a change of pace, it’s not usually as fun as the other multiplayer options.

“Black Ops III” also marks the return of zombies to the franchise. This year’s offering is “Shadows of Evil,” which lets up to four players fight for their lives in a 1940s film noir setting. The characters are a magician, a femme fatale, a boxer and a cop, who are voiced by Jeff Goldblum, Heather Graham, Ron Perlman and Neal McDonough.

The fighting takes place on city streets that are designed with zombie battles in mind. The map offers places to stand and fight and places for running and gunning. It’s probably the best setting since the earliest Nazi zombie maps that launched this popular mode.

One unusual — but very pleasant — aspect of “Black Ops III” is the ability to play cooperatively on the same screen in the zombie mode and in the campaign. Few games in this generation of consoles offer that feature.

Finally, the game lands solidly in the mature category. In addition to the “Call of Duty” franchise’s usual violence, blood and profanity, the campaign contains some downright brutal images. The loss of your character’s limbs is extremely graphic, and other scenes feature decapitations and the removal of a hand. In each of these cases, the depictions go far beyond what’s necessary to advance the story.

Bottom line: B “Call of Duty: Black Ops III” falters in the single-player campaign but excels in its popular online modes.

Platforms: PlayStation 4, Xbox One, PC. PlayStation 3 and Xbox 360 do not contain the campaign mode.

Activision provided a review copy of the game.