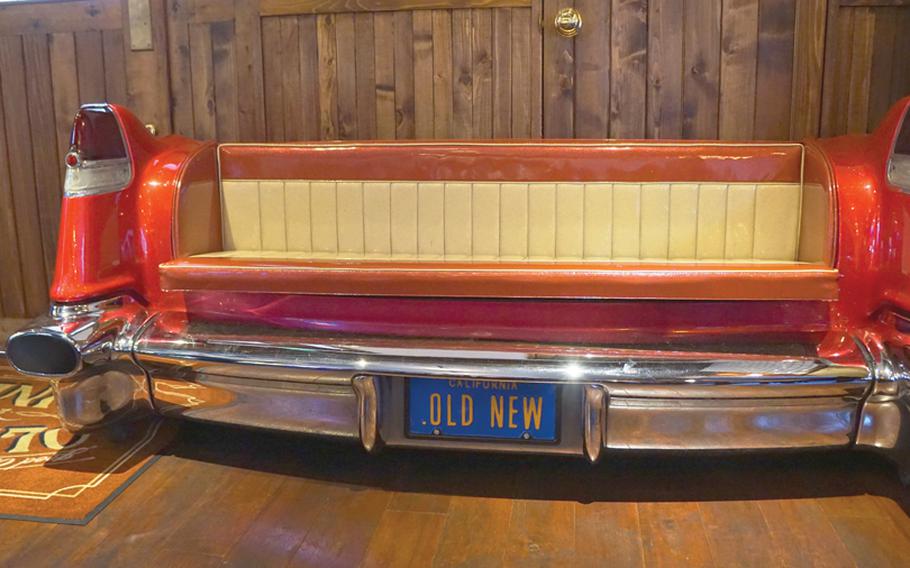 If there are no tables available at Old New Diner in Tachikawa, Japan, guests can sit and wait on this classic car-inspired bench. (Leon Cook/Stars and Stripes)

If there are no tables available at Old New Diner in Tachikawa, Japan, guests can sit and wait on this classic car-inspired bench. (Leon Cook/Stars and Stripes) 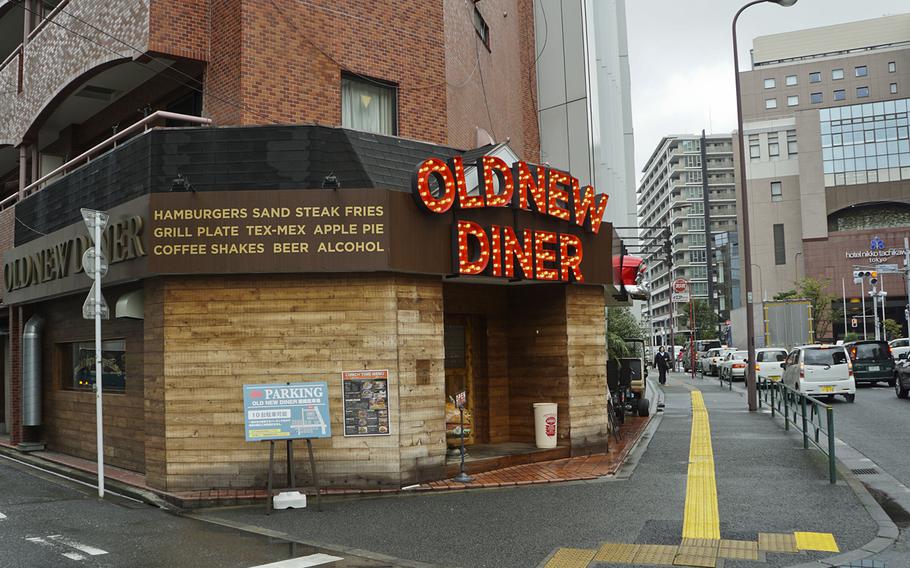 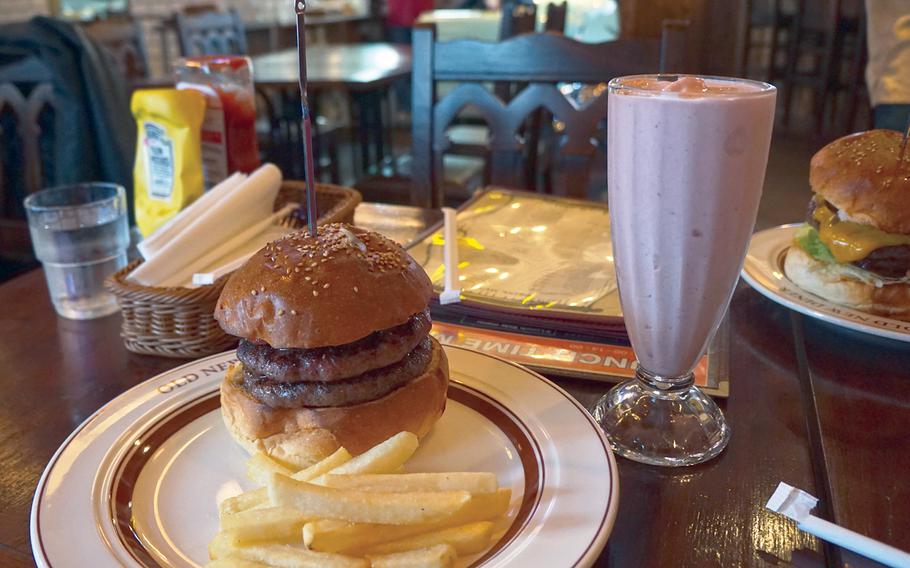 The American burger at Old New Diner in Tachikawa, Japan, was thick, juicy, delicious, and held together by a long metal skewer. (Leon Cook/Stars and Stripes)

Old New Diner is an unassuming little eatery in Tachikawa, not far from Yokota Air Base in western Tokyo.

It’s tucked into the first-floor corner of a building that’s indistinguishable from those around it. If I hadn’t been looking for it, I might never have spotted it.

This place has some of the thickest, tastiest burgers I’ve eaten.

A sign over the entrance promises burgers, sandwiches, steak fries, grill plates, Tex-Mex, apple pie, coffee, shakes, beer and other alcohol. There’s a vintage gas pump and a statue of a burger, which sticks its tongue out and looks like something out of the 1902 sci-fi film “A Trip to the Moon.”

Old New Diner is cozy, but I counted seating for 23 guests plus a small waiting bench made from the rear of a classic 1950s car.

I ordered the “American” burger for the equivalent of $15. They allowed me to custom order the way it was cooked and the toppings, which isn’t always an option at Japanese restaurants.

As I waited for my food, a soundtrack of early rock ’n’ roll and rockabilly from the ’50s and early ’60s played in the background.

My burger turned out to be a bacon teriyaki double cheeseburger, and it was excellent. The teriyaki flavor was a surprise at first but not an unwelcome one. The bacon was chewy and not too hard.

You know a burger is going to be good if they stab a toothpick into the sandwich, not for decoration, but to keep it from falling apart. At the Old New Diner they use foot-long metal skewers to hold their burgers together. They even provide paper sleeves to hold your towering meat edifice, which can get messy as it disintegrates between your fingers.

A small side of steak fries was included with my lunch set. They were well seasoned and tasty.

The Old New Diner is a great little hole-in-the-wall place. I can’t speak for anything but the burgers, but if the other food is half as good as they are, it’ll be worth a visit.

Old New Diner Location: A block away from the intersection of Route 16 and Route 145 in Tachikawa. About 500 yards from Nishi-Kunitachi Station.