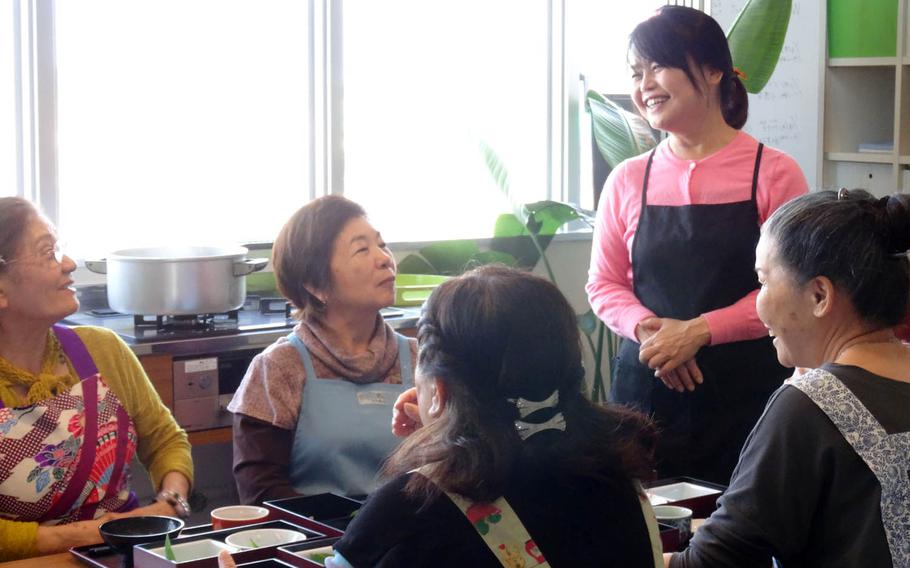 Buy Photo
Kae Izena shares cooking tips recently at her cooking school in Okinawa, Japan. Her goal is to restore Okinawans' longevity by bringing Okinawan vegetables back into every home. (Chiyomi Sumida/Stars and Stripes)

Buy Photo
Kae Izena shares cooking tips recently at her cooking school in Okinawa, Japan. Her goal is to restore Okinawans' longevity by bringing Okinawan vegetables back into every home. (Chiyomi Sumida/Stars and Stripes) 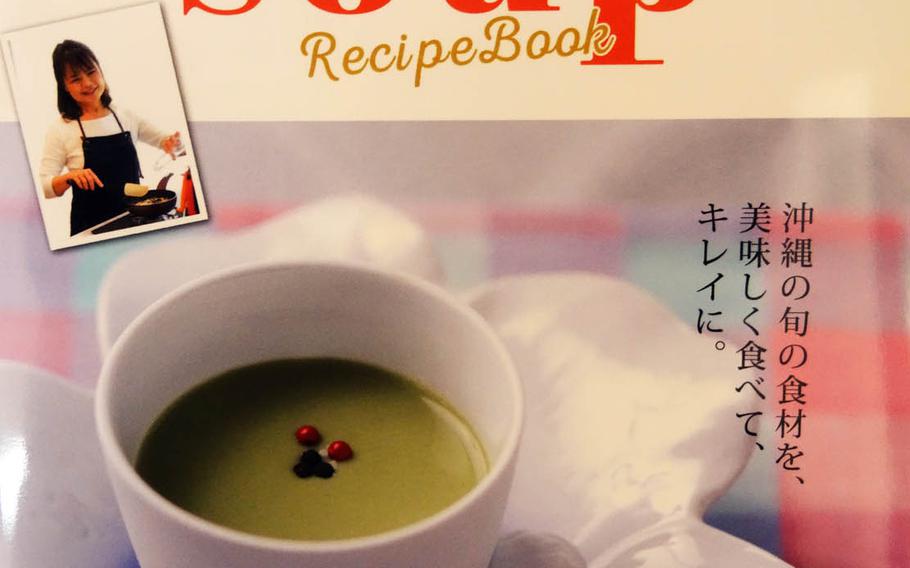 Buy Photo
"Okinawa Soup" by Kae Izena is a collection of easy-to-make recipes that use a variety of healthy Okinawan vegetables. (Chiyomi Sumida/Stars and Stripes) Buy Photo
Toshiko Kamiyama is pleased with her success at making kintsuba cakes recently at the Kae Project Cooking School in Yomitan, Okinawa. The cake, made of sweetened purple sweet potatoes, is a Yomitan specialty. (Chiyomi Sumida/Stars and Stripes) 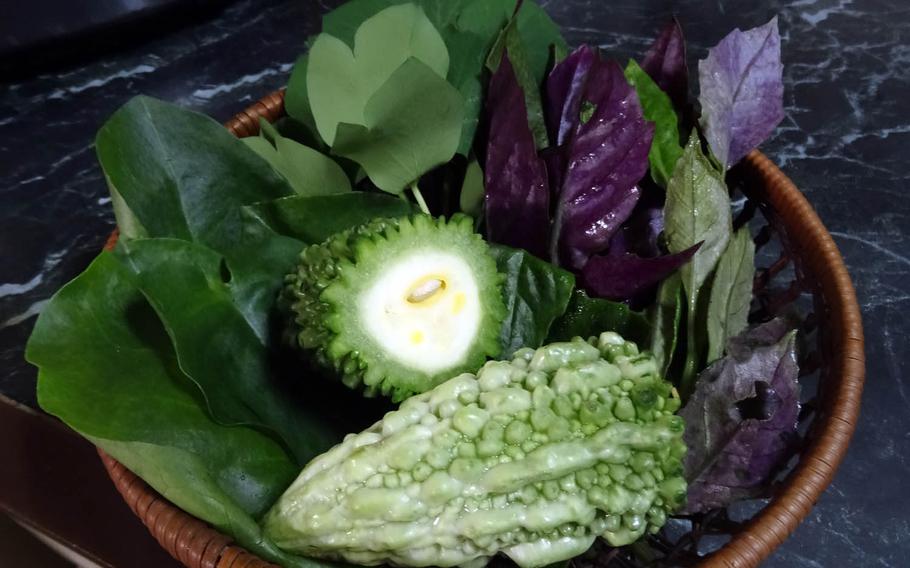 Bitter gourds, sweet-potato leaves and cooking papaya are among the local vegetables believed to have contributed to Okinawans’ famously long lives.

However, that longevity is at stake today, with life expectancy for both Okinawan men and women dropping in recent decades, according to Japan’s Ministry of Health, Labor and Welfare.

That downfall is largely due to a change in eating habits — not many Okinawans take full advantage of the island’s highly antioxidant and immune-boosting vegetables, said author Kae Izena, a registered dietitian who represents Total Wellness Project Okinawa, a program that advocates for restoring the island’s longevity.

“The key to your good health is vegetables,” she said recently at her cooking school that opened last year in Yomitan. Among other classes at Kae Project Cooking School, Izena teaches people how to prepare unique Okinawan vegetables, such as bitter gourd, known as goya; Okinawan spinach; winter melon; sponge cucumber; and purple sweet potatoes.

During a recent class, about 30 women tackled a traditional palace meal from the Ryukyu Kingdom. Toshiko Kamiyama and Yoshiko Matayoshi, both from Yomitan, worked on making kintsuba cakes with purple sweet potatoes. Kamiyama used a spatula to gingerly flip the cube-shaped cakes on a hot plate.

“Ah, it went well. When I have tried at home, I could never do it so well,” she said while proudly placing them on a dish.

Izena said she offers creative recipes using local vegetables because they are rich in nutrients and dietary minerals.

“It is Okinawa’s climate, soil and water that empowers the vegetables that grow on the island,” she said.

She said sweet-potato leaves and Okinawan spinach are highly rich in polyphenol, which is believed to be effective in preventing cancer.

“Okinawa, once an independent kingdom, was strongly influenced by Chinese culture, and the idea that both food and medicine help preserve the health was widely spread in Okinawa’s traditional diet,” Izena said.

But traditional dishes are “slow food” that take a lot of time to prepare, she said.

“Everybody knows that they are good for the health, but in today’s busy lifestyle it is difficult to cook food at home using the wisdom of the traditional food,” she said. “I wanted to make such traditional cooking more accessible to home cooking in today’s Okinawa.”

Seeing many hospital patients in her work as a registered dietitian strengthened her belief that many diseases could be prevented through diet, she said.

Her latest publication is a recipe book for soups that use vegetables unique to Okinawa.

“Soup is easy to make and nourishing at the same time,” she said.

Those who eat local vegetables for one or two years are apt to notice changes in their body, Izena said.

“I want everyone who lives on this island to eat as much Okinawa vegetables as possible and take the best advantage of them,” she said.

356 Owan, Yomitan-son, Okinawa. Take Highway 58 north from Kadena Air Base’s Gate 1. After passing the Kadena Rotary, continue north. In about a few minutes’ drive, the Kae Project Cooking School will be on your right. The school is on the second floor of a Family Mart convenience store.

The cooking class schedule is at the school website: twpo.jp (Japanese only)

Students can eat what they cook.

Salt and pepper to taste

In a skillet, heat the olive oil and chopped garlic. When it is aromatic, add the onion.

When the onion is cooked, add the red vine spinach leaves and stir.

Add Mixture A, cover the skillet and simmer for 10 minutes.

Let it cool slightly and stir the ingredients with a mixer.

Pour it back to the skillet to warm. Add salt and pepper to taste.

Reporter’s note: Red vine spinach is sometimes difficult to find in stores. I used Okinawan spinach (handama), which is readily available, and it turned out well.