No bells, no blackboards, just art for DODDS students 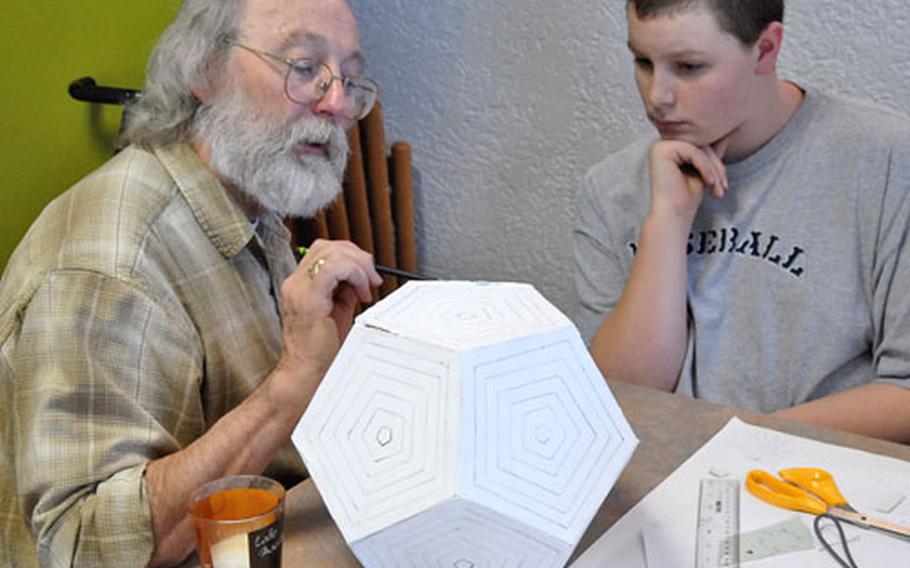 Paul Irvine, a high school senior tasked with producing eight short videos in four days and with deadlines breathing down his neck, took a pause from his work to deliver a few choice words about his instructors.

But Irvine, from Aviano High School in Italy, didn&#8217;t have much room to complain. For starters, he signed up for the project. It also got him out of regular school.

Irvine and 147 other students from the Department of Defense Dependents Schools-Europe system spent four days in February at a youth hostel-cum-art camp in Oberwesel, Germany, for the 27th edition of Creative Connections, an annual get-together that frees kids from bells and blackboards to pursue visual and performing arts.

These students &#8212; chosen from a pool of applicants across Europe &#8212; are not ordinary teens. As one of the students said while talking to a group of his peers in the drama seminar, &#8220;Everyone here is weird in their own way.&#8221;

After the first day&#8217;s instruction was over, the students were visited by the U.S. Air Forces in Europe Band. Band members asked the audience, &#8220;Who here listens to jazz every day?&#8221; recalled Melissa Gitlin, the music teacher at Robinson Barracks Elementary/Middle School in Stuttgart, Germany, and instructor for the program&#8217;s string ensemble workshop. She said up to one-third of the hands went up.

&#8220;It tells you something about the kids we get,&#8221; said Tim Rausch, a Mann- heim, Germany, music teacher who led the workshop on music composition.

Later in the day, Rausch&#8217;s 15 students started to bang out their own tunes on their guitars and keyboards in a cacophony that sounded less like music and more like a traffic jam.

Results in the visual arts workshops were easier to recognize. In the 3-D polyhedra paintings workshop, Jenny Blomgren was finishing a pencil drawing of a 1950s diner scene on a 10-sided polygon she&#8217;d constructed from stiff paperboard. The next step was to paint it.

&#8220;It&#8217;s fun to get their hands going in this direction, see where they end up,&#8221; said Dick Termes, the artist who instructed the polyhedra workshop. He has spent 35 years painting elaborate scenes with six points of perspective on spheres, known in the art world as &#8220;Termespheres,&#8221; in order to provide a 360-degree view of scenes most painters portray on flat canvasses.

It&#8217;s not just out-of-the-ordinary experiences like painting on polygons that make students want to attend the yearly art summit.

Jimmy Russell, for example, a 17-year- old junior at Brussels American School in Belgium, applied just to be able to sing.

This intense focus on a particular discipline &#8212; not simply art, but a specific kind of art &#8212; is part of what brought Nicholus Burgess, a junior at AFNORTH International High School in the Netherlands, back for a second year. Last year, he attended the contemporary printmaking workshop. This year, he tried oil pastels.

But in school, once one project in a particular medium is finished, the class moves on to the next project, Burgess said.

The girls each read a chapter of &#8220;Sinbad,&#8221; choreographed the chapter in dance and then put the chapters together in one long piece they performed to the tune of &#8220;Arabian Dreams.&#8221;

The students in the video workshop documented the daily goings-on in each of the 10 other workshops &#8212; portrait drawing and digital imaging techniques in addition to the others mentioned &#8212; and presented their work at the end of each day for everyone to see.

But he and his colleagues picked up one trick to help them sustain their creative output: &#8220;We drink a lot of Mountain Dew here,&#8221; he said.

See a photo gallery from this year&#39;s Creative Connections here.