Much to take in at Tokyo's Yasukuni Shrine 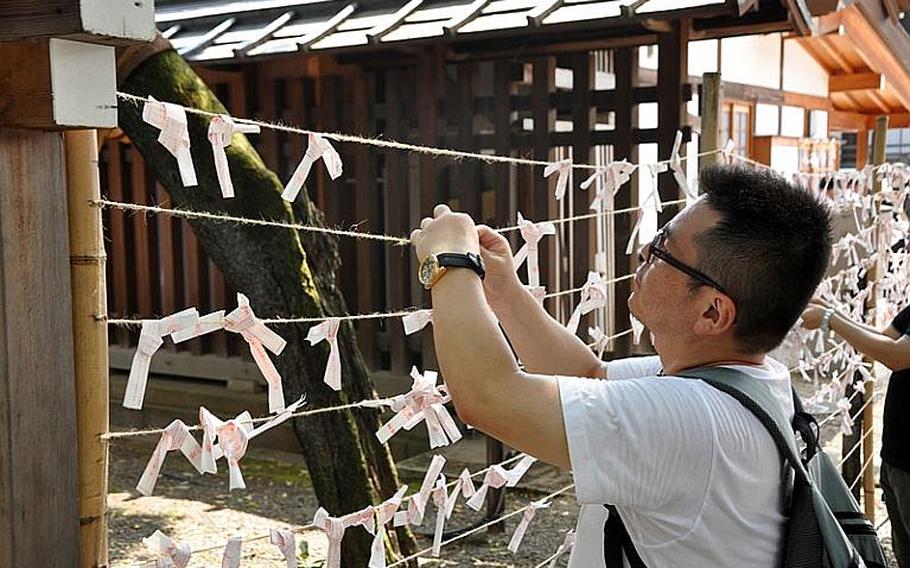 Buy Photo
A man ties an omikuji around some twine. Omikuji means fortune from the gods. Worshipers tie these as a prayer to either improve the fate the fortune prophesies or ensure it depending on whether the fortune is good or bad. (Trevor Andersen\Stars and Stripes) 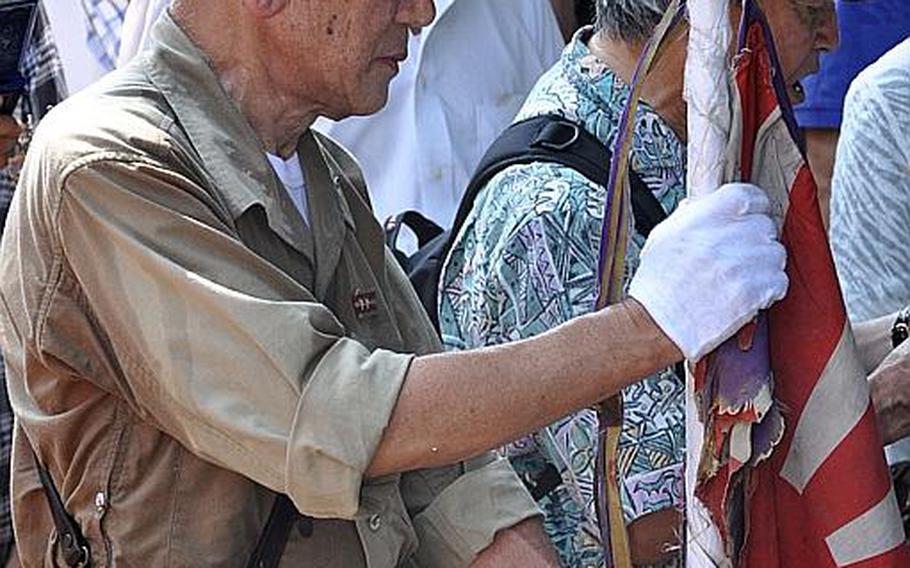 Buy Photo
People wore military uniforms and sang traditional battle songs to honor those enshrined at Yasukuni. One of the songs they sang was "Muntinlupa no yowa fukete," which translates to "Night dawns on Muntinlupa,"? a city in the Philippines. (Trevor Andersen\Stars and Stripes) Buy Photo
Visitors eat and drink at Yasukuni Shrine to escape the intense heat of the summer day. (Trevor Andersen\Stars and Stripes)

To be honest, I didn&rsquo;t want to be at Yasukuni Shrine that day. The humidity was visible (not an exaggeration) and I was already drenched in sweat. I was ready to take a few pictures and get on my way.

But something funny happened when I entered the shrine complex in Tokyo: 8-year-old Trevor showed up and he wanted to see everything.

It reminded me of a renaissance fair. But this was definitely not the renaissance.

Some people were wearing World War II costumes. A man was cooking meat over coals. Candy and souvenirs were everywhere. There was a group of people singing songs while a man played the harmonica. And there was a long line of people waiting to clap their hands, bow and throw money into a net.

I even saw a statue of a horse.

Why was that guy dressed in a Nazi uniform? What where the people outside protesting? What was that horse statue about?

It was time to do some research. Fortunately, 8-year-old Trevor hates research so I made some quick inqueries. I was surprised to discover I had serendipitously visited the shrine on the 66th anniversary of Japan&rsquo;s surrender in World War II (Aug. 15). It also happened to be the beginning of a Buddhist holiday called Obon, honoring the souls of ancestors. That explains why there were so many people in line to pray, clap, bow and make their donations at the main hall.

Yasukuni Shrine is similar to our own national cemetery at Arlington in that it is a place to honor fallen soldiers. However, while more than 300,000 people are buried at Arlington, Yasukuni enshrines nearly 2,500,000 souls.

Yasukuni doesn&rsquo;t need all the land Arlington requires because no one is buried there. Only the souls of the dead are enshrined. The shrine has been established as the resting place for those who died bravely for Japan. In fact, the Kamikaze pilots would bid their comrades farewell before their last mission saying, &ldquo;I will be waiting for you at Yasukuni Shrine.&rdquo;

There are those who protest the shrine because some of the souls enshrined there are war criminals and some of Japan&rsquo;s neighbors view visits by government officials as a glorification of Japan&rsquo;s violent past.

There is a lot to see at Yasukuni including a museum, three tea houses and a sumo ring.

As for the horse? That was one of several statues honoring animals who have served honorably in battle.

Yes, it was hot and crowded that day. But eight-year-old Trevor had a great time and will be back to explore more.