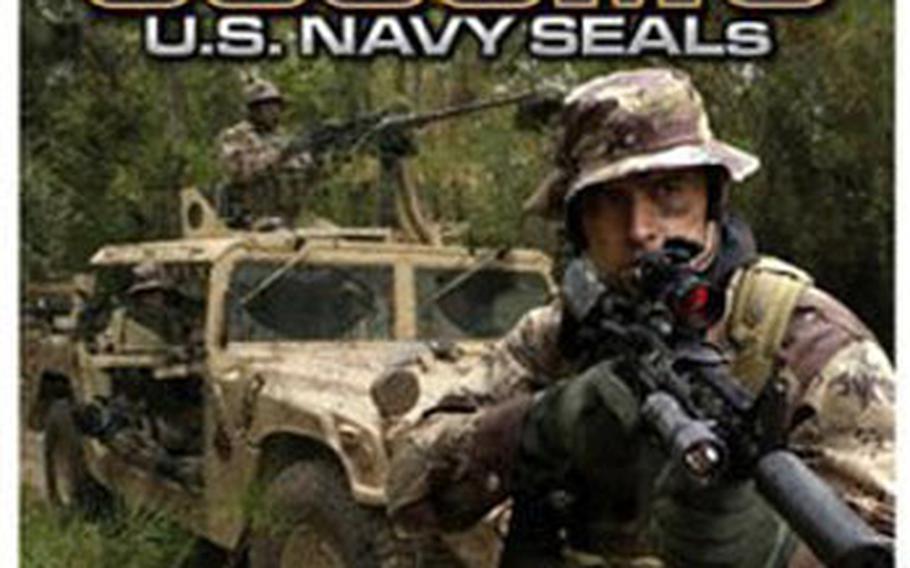 The team behind &#8220;SOCOM 3&#8221; says this game is the most realistic of the series, with a greater emphasis on teamwork, stealth, strategy and other skills needed to complete a Navy SEALs mission.

What fans of the franchise are focused on is the game&#8217;s new 32-person online multiplayer game. That doubles the number of shooters previously allowed on a map, literally creating small armies of cyber-SEALs ready for a fight.

For Navy officials involved in the game&#8217;s production, that might be more important than replicating a real SEAL mission.

Of course, game players will notice the changes designed to make the franchise more realistic.

Authentic Navy vehicles have been added, as have a host of new weapons that better mirror a SEAL&#8217;s available arsenal. Players can now swim, a staple skill of the SEALs omitted in the earlier games, and larger maps and new &#8220;missions&#8221; like convoy protection better reflect the many duties the real-life warriors face.

Navy officials have been involved with the game since the title debuted, offering nonclassified details about how special forces dress, move and equip themselves.

In exchange for the realistic touches the game-makers receive, Navy promotional and educational materials have been included in the game. This time, the disc contains a 30-second video advertising the Navy along with the game.

Seth Luisi, a senior producer on the game, said both sides benefit from the relationship. The realism of the game attracts potential players, and the popularity of &#8216;SOCOM&#8217; games and online matches further pushes the SEALs&#8217; reputation into popular culture.

&#8220;It still obviously has to be a game; we have to stray from realism somewhat. But all that support (from the Navy) really helped us with the authenticity.&#8221;

Luisi said game producers used photos of actual weapons employed by SEALs during the game&#8217;s development, and actually boarded a Special Operations Craft Riverine to get the feel of that boat&#8217;s handling.

Luisi said the larger environments and larger number of online players made the addition of jeeps and rivercraft necessary, if only to keep games from dragging on for hours on end.

Of course, if gamers do spend hours online with the title, producers and Navy officials won&#8217;t mind. Bender said he doesn&#8217;t expect &#8220;SOCOM&#8221; players to all become SEALs one day, but with thousands of fans of the franchise, who knows.