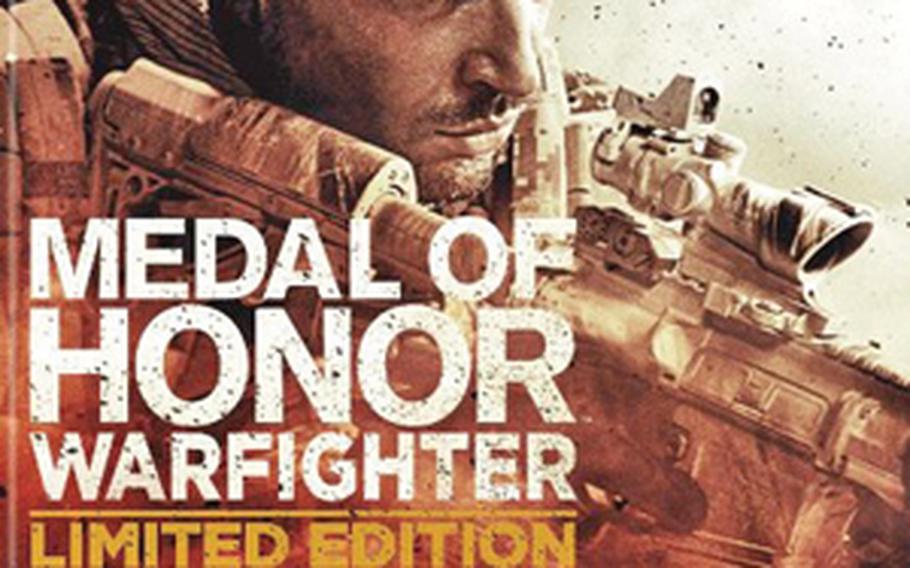 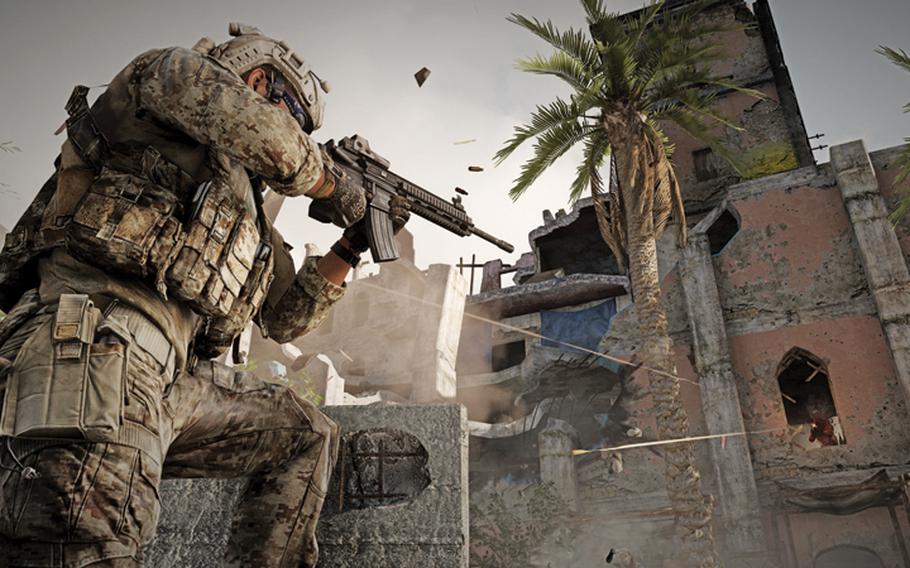 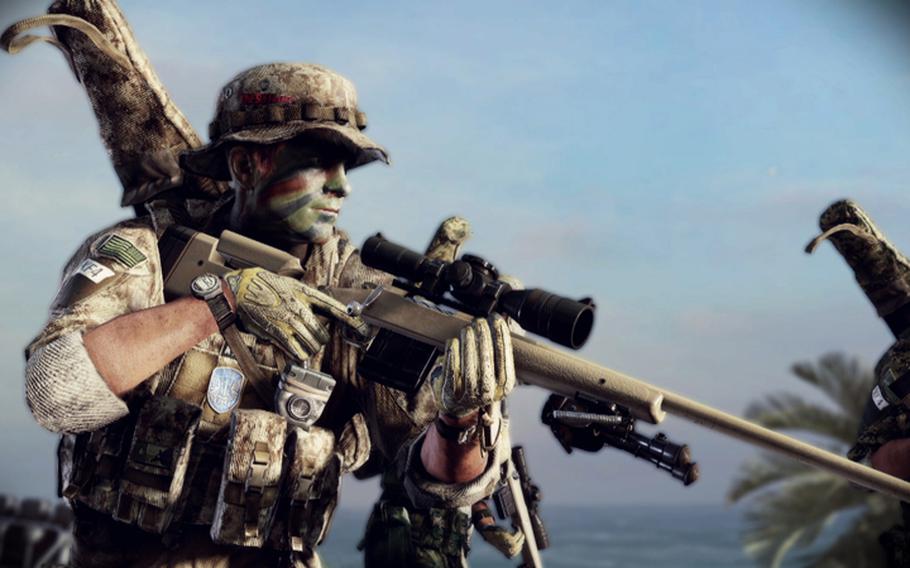 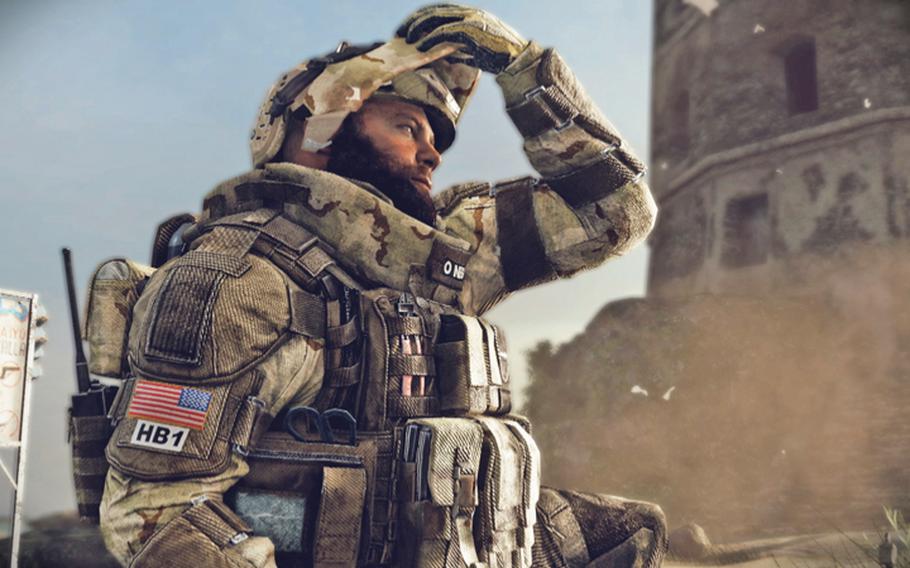 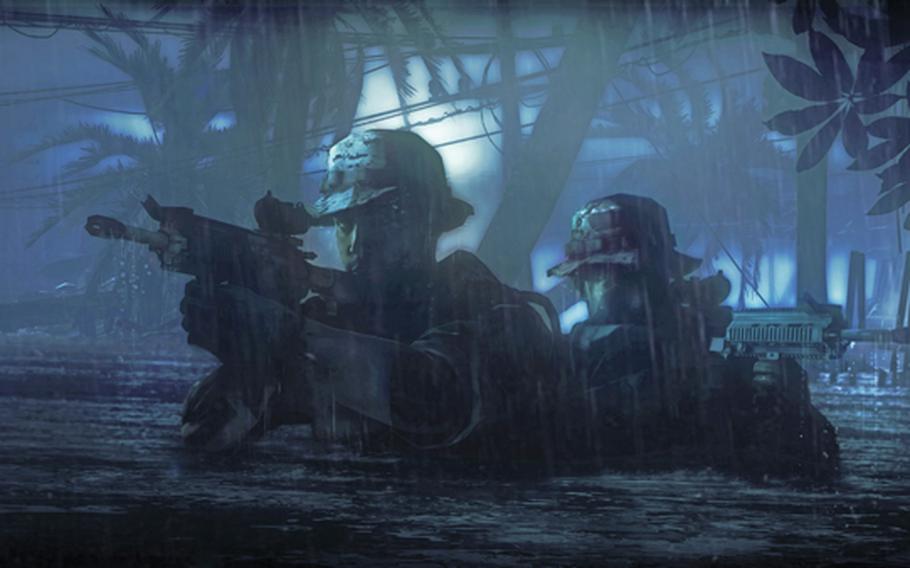 It’s likely that “Medal of Honor” was one of the best shooters you never played.

In 2010, Electronic Arts released a first-person shooter based on the opening days of the Afghan War. It delivered realistic missions, settings, characters and game play. It was a good game, but it never caught on — probably because of the firestorm it sparked.

A few in the special operations community wondered whether it let slip a few sensitive details. Some in the media asked whether it was appropriate to make a game out of a war that was still being waged.

However, the biggest problem was one word: Taliban.

Word slipped out that multiplayer matches would pit U.S. troops against the Taliban. The idea of gamers playing Taliban terrorists shooting American soldiers upset quite a few people. Of course, the popular “Call of Duty: Modern Warfare” already offered matches between U.S. troops and an opposition force composed of Middle Eastern fighters. But, apparently, that was OK since Activision avoided using any real-life labels.

Even though EA Games changed the designation to “opposition force” before releasing “Medal of Honor,” damage had been done. I know for a fact that Mom is always looking for reasons to avoid buying a shooter for Junior, and the real setting and “Taliban” controversy were good excuses to just say “no.”

Despite that, developers at Danger Close decided to give their realistic spin on modern warfare another shot. The result is “Medal of Honor Warfighter.”

This time around, there’s no Afghanistan or Taliban in either the multiplayer mode or the campaign. The campaign features a globetrotting series of missions targeting terrorists and the multiplayer competition avoids taking definitive sides altogether.

The story again revolves around Preach, Mother, Voodoo and other “Tier 1 operators” — developers’ term for SEALs, Special Forces soldiers, CIA operatives and other elite troops who engage in highly secretive missions. EA says the game’s story was written by real special operators while they were deployed overseas. It reflects real missions and real concerns of those in the special operations community.

In the first few missions, the story jumps back and forth between the recent past and the present. In the recent past, the special-ops team tackles missions in Somalia, the Philippines and Pakistan. In the present, Preacher is suffering marital problems and is preparing to meet his wife and daughter in Madrid. Then, his two worlds collide violently.

The team goes in search of the source of the Madrid terror attack with the knowledge that something even bigger is in the works. As the story unwinds, it is much more interesting — and coherent — than anything told in a “Call of Duty” game, or most other shooters for that matter.

Along the way, you’ll fight a very interesting battle amid a typhoon in the Philippines, but many of the missions, such as searching for explosives in a cave and capturing a ship at sea, will seem all too familiar. And, for some reason, you’ll fight through the war-torn streets of Sarajevo, Bosnia, even though they haven’t been torn by war in more than a decade and a half. However, even if they are stereotypical or out of place, most of the missions are well-constructed, with interesting battlegrounds and challenges.

The graphics are pretty good. Well-designed and detailed settings make you wonder when you are going to start smelling the raw sewage or decaying jungle vegetation. The character renderings and animations are very lifelike. However, you’ll probably notice quite a few glitches. When enemies die near walls, they often fall halfway through them instead of beside them.

The artificial intelligence isn’t the greatest — a common problem with shooters these days. Enemies aren’t overly brilliant, but they’re still deadly enough to keep things challenging. However, your computer-controlled companions are nearly useless. If you don’t kill an enemy yourself, there’s a good possibility he’s still a threat.

For the most part, the combat controls are very smooth and responsive. However, I didn’t like the way you automatically went into “scope view” when you peek from behind cover. Sometimes you just want to figure out where the fire’s coming from before you line up your shot. In addition, the controls seemed a little clunky during the driving sequences.

“Medal of Honor” is based on the Frostbite 2 engine that powers the “Battlefield” games. As a result, the multiplayer mode should feel a bit familiar to fans of that franchise.

The similarities include the availability of several combat classes: special ops, demolitions, assault, sniper, point man and heavy gunner. Each has its own set of special weapons and abilities that can prove helpful in a fight. In addition, there’s a good selection of game modes, including team deathmatch and a variety of objective-based mission styles.

The biggest differences from the “Battlefield” series are smaller maps, indestructible buildings and a lack of tanks and jets. This means that the battles tend to be much more intimate and intense. Another difference is that each fighter gets a battle buddy who can heal him or provide additional ammo. He also serves as a spawn point if he’s behind cover.

One of the major changes to the “Medal of Honor” franchise involves the makeup of the competing sides in multiplayer battles. Instead of fighters from two opposing nations, multiplayer sides are composed of a mix of warriors from a dozen different countries. So, instead of Americans battling the Taliban, you have Swedes, Norwegians and Koreans battling other Swedes, Norwegians and Koreans. It’s sort of like a gigantic international training exercise where sides were determined by a schoolyard pick.

As you progress through the ranks in your multiplayer career, you unlock soldiers from other nations: a heavy gunner from Germany, a special operator from South Korea, a demolitions expert from Russia. Although each looks different, the biggest difference is the type of weapons he brings to the table. Higher-level characters often offer more firepower.

The multiplayer battlefields are very well designed for team deathmatches. There are plenty of interesting twists and turns that are good for close-quarters combat and a few open areas that will please snipers. I found these matches very enjoyable, standing on the ground between the high-intensity warfare of “Battlefield” and the frantic lone-wolf engagements of “Call of Duty.”

However, the twists and turns can prove a bit problematic in objective-oriented competition because they create a limited number of chokepoints that can be easily memorized and covered. In one of my first objective-based games, I ran up against opponents who knew the map and worked well as a team. My kill-to-death ratio was 0-21 in that debacle — the worst I’ve ever experienced in any game. My teammates didn’t fare any better.

Although I have a lot of nits to pick, my most serious gripe about the game concerns its lack of co-op play. Most shooters these days offer something that you can play with a friend, aside from the multiplayer competition. It’s a pretty big gap. “Medal of Honor” really needs its own version of Horde from “Gears of War,” Nazi Zombies or Spec Ops from “Call of Duty,” Firefight from “Halo” or Terrorist Hunt from “Rainbow Six.”

The game earns its mature rating for blood and some swearing.

Bottom line: “Medal of Honor Warfighter” offers a good story and game play but is held back by a few glitches and an uneven multiplayer mode.