Mind, body and soul, Kokoro in Nuremberg will fill you up 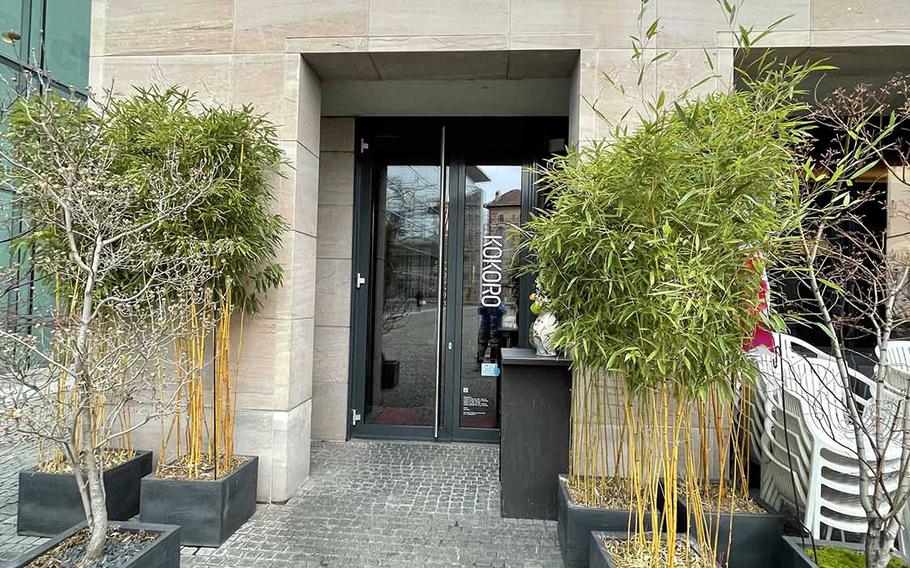 Buy Photo
The entrance to Kokoro on April 12 in Nuremberg, Germany. Kokoro offers Japanese cuisine for takeout and delivery only while pandemic restrictions are in effect. (Immanuel Johnson/Stars and Stripes)

Buy Photo
The entrance to Kokoro on April 12 in Nuremberg, Germany. Kokoro offers Japanese cuisine for takeout and delivery only while pandemic restrictions are in effect. (Immanuel Johnson/Stars and Stripes) 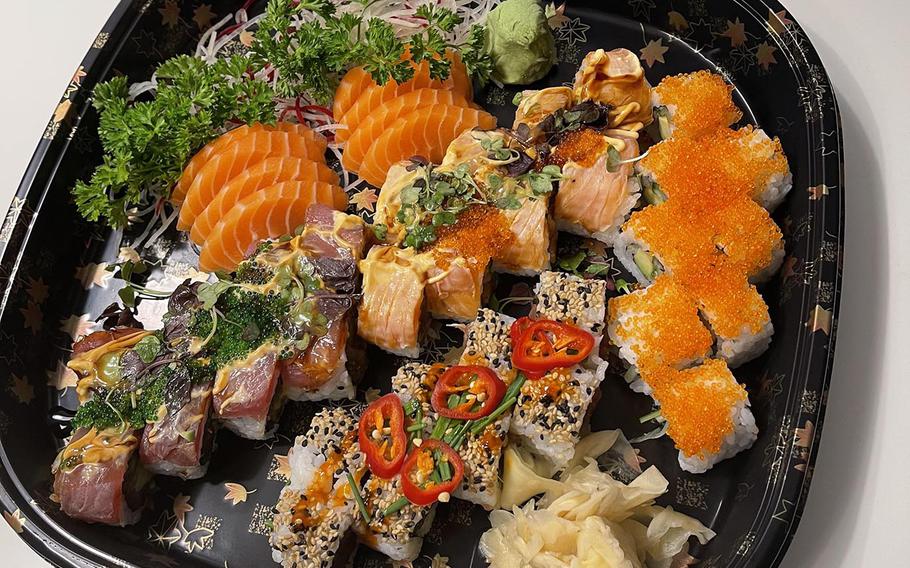 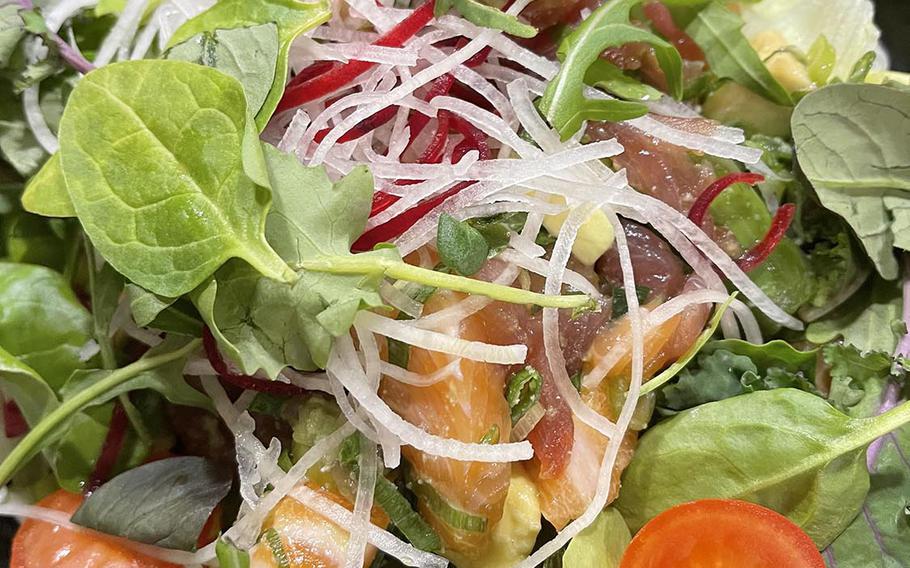 Buy Photo
The sashimi salad from Kokoro is a healthy way to start before moving on to the main offerings at the Nuremberg, Germany-based Japanese restaurant. (Immanuel Johnson/Stars and Stripes) 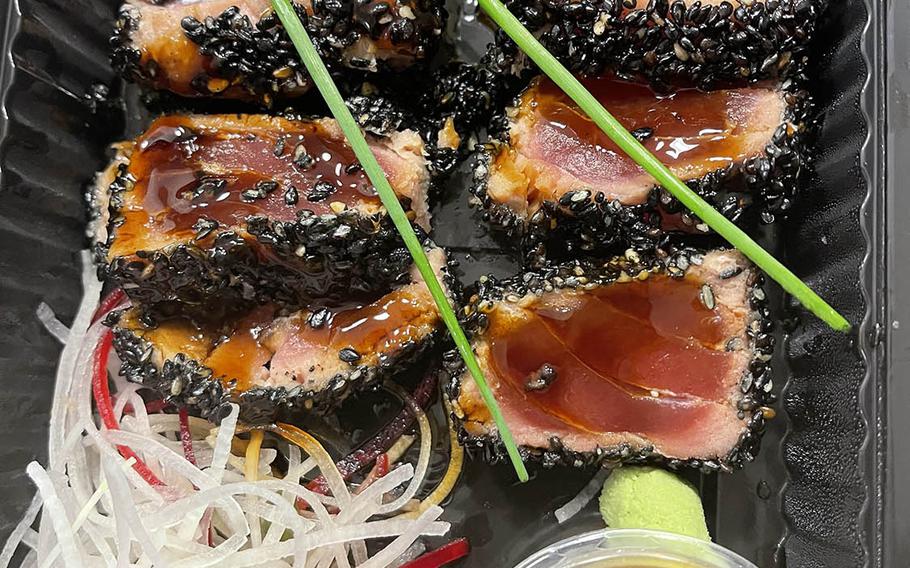 Buy Photo
Kokoro does well with the limited fish options available in Germany, creating choices, such as the gently grilled tuna tataki, with that certain “wow” factor. (Immanuel Johnson/Stars and Stripes)

Kokoro is a difficult word to translate, but it incorporates the concepts of mind, heart and spirit.

It’s an ambitious name for a restaurant fittingly located in the heart of Nuremberg.

It faces the same challenge as other Japanese restaurants in much of inland Europe — there just isn’t a wide variety of fish available. But Kokoro does well with salmon, tuna and the readily available seafood standards.

Kokoro has been in business since 2015 and is run by the Sakao family. Like all restaurants surviving the pandemic, it has gone from in-house dining to takeout. It also offers a delivery option through its website.

Raw fish is the primary draw, but not the only one.

“We have a lot of meat and vegetarian dishes — I like the warm Japanese dishes more than sushi,” said Huong Lan Nguyen, who became the restaurant’s manager last summer.

Dumplings and shrimp are among the cooked appetizers, while noodle fans can go for the yaki udon, which is fried noodles with vegetables and a chicken option. There are also some curries and dishes from Thailand and Indonesia, which are among the more budget-friendly offerings.

But since this is a Japanese restaurant, that’s what I ordered.

I considered the tuna tataki to be in between an appetizer and main course. It’s gently grilled to pink with a black sesame coating that gave it that “wow” factor.

As far as drink recommendations, if you’ve never tried Asahi beer, you should. It’s one of the big three producers in Japan and known for a dry finish that doesn’t interfere with the typically subtle flavors of Japanese food.

The beer itself is brewed with rice, something you won’t get in a standard German beer.

Several of the rolls are far from traditional, but then again this isn’t Kyoto. The pirikara roll is spicy tuna, chili sauce and chili. So much for subtlety. I’m a spicy food fan, so it worked for me.

The other roll I loved was the momo roll, which is one of their signature choices. It’s salmon tartare, mango, cucumber, spicy sauce, torched salmon, tobiko, chili mayonnaise and unagi sauce. There’s no actual momo, which means peach. It sounds like a lot going on, but the flavors mesh well together.

Kokoro isn’t the first place a tourist goes in Nuremberg, home of distinctive bratwurst and sauerkraut, big pretzels and famous gingerbread. But if you’ve done all that and don’t mind spending a little more, it’s a worthy option.

Prices: Appetizers and soups run from 4 to 10 euros. Most rolls cost 5-8 euros, with signature rolls as much as 13 euros. Local orders by phone or the Kokoro website get a 10% discount.