Lincoln Cathedral sits on a hill overlooking the central shopping district of Lincoln, England. The oldest part of the cathedral is thought to date to about 1100. (Adam L. Mathis/Stars and Stripes)

Lincoln Cathedral sits on a hill overlooking the central shopping district of Lincoln, England. The oldest part of the cathedral is thought to date to about 1100. (Adam L. Mathis/Stars and Stripes) 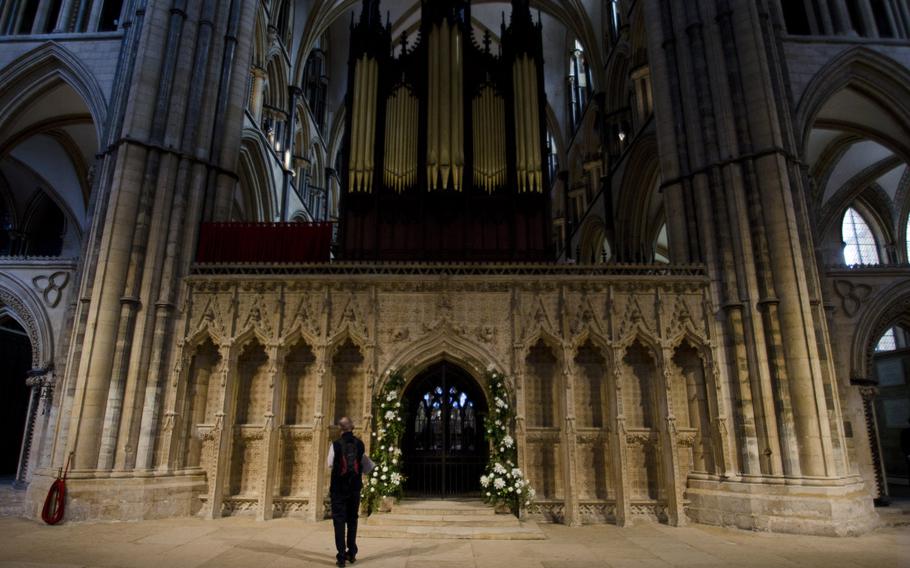 A visitor to Lincoln Cathedral walks in front of the choir screen, a partition that separates the main seating area of the church from the choir and high altar. (Adam L. Mathis/Stars and Stripes) A Victorian-era prison is situated within the walls of Lincoln Castle. The curving prison wall encloses a former exercise yard for the prisoners. (Adam L. Mathis/Stars and Stripes) 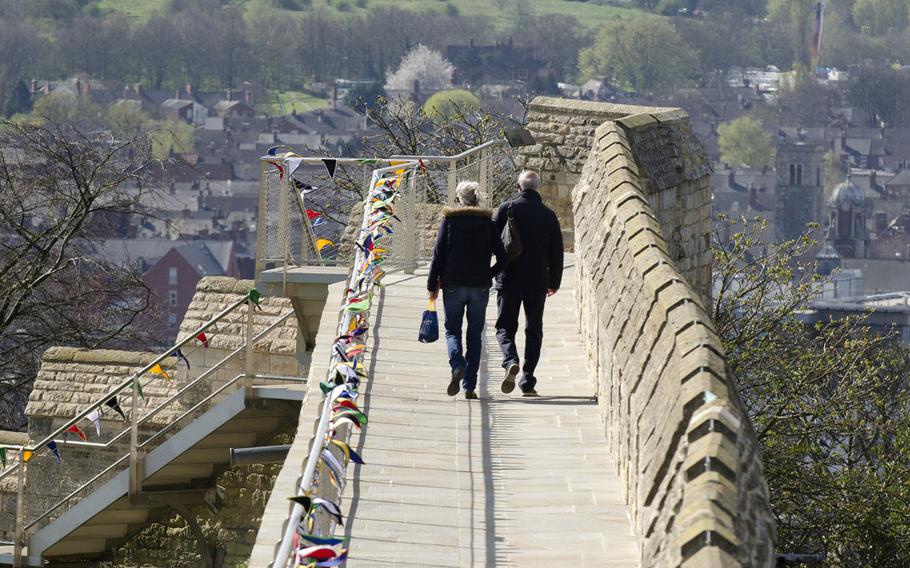 Visitors walk the walls of Lincoln Castle. The castle dates from the time of the Norman invasion of England and was the scene of various conflicts. It was last besieged during the English Civil War in 1644. (Adam L. Mathis/Stars and Stripes) 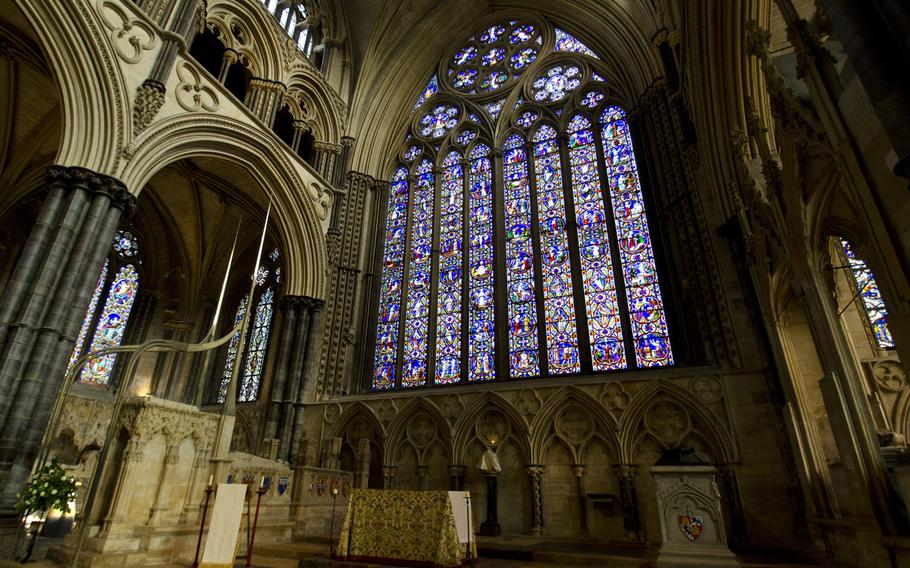 A stained glass window overlooks an altar at the eastern end of Lincoln Cathedral. (Adam L. Mathis/Stars and Stripes) 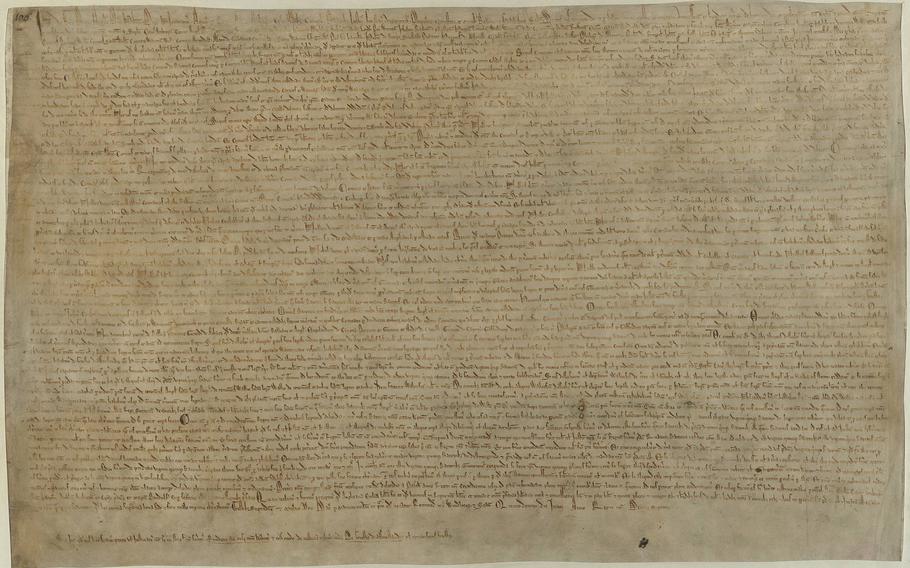 A copy of the 1215 Magna Carta held by the British Library. The Magna Carta, which means Great Charter, was signed in 1215 by King John of England under pressure from his nobles. The charter imposed certain obligations on the king, including prohibiting him from delaying or selling access to justice. ()

To visit Lincoln, England, is to appreciate how justice in the Western world has evolved since the 13th century — and to understand how a seemingly modest royal agreement could shape the rule of law in Europe and throughout the world.

Lincoln Castle, which holds one of four extant copies of the Magna Carta, is celebrating the document’s 800th birthday this year with the opening of a new vault to show off its copy. The vault was built as part of a $33 million renovation of the grounds of the castle, built by William the Conqueror in the 11th century.

There is an irony to housing a copy of Magna Carta here, which becomes obvious when a visitor tours the castle. The walk, which offers wide views of the city of Lincoln, is narrated by a complimentary audio guide. It describes how King John, shortly after being forced to sign the Magna Carta, reneged on his promises and his nobles rebelled.

Lincoln Castle remained loyal to the royalist side and successfully held off a French army intent on helping the rebels. The conflict, known as the First Barons’ War, ended with the defeat of the rebels and the assumption to the throne of John’s son, Henry III. Henry would later issue another version of the Magna Carta in exchange for money from his subjects.

The castle grounds offer further insights into the history of justice. It’s home to a Victorian-era prison that still stands today. Both the men’s and women’s wings are open to the public, and visitors can see how a then-fashionable idea in criminal rehabilitation — a form of solitary confinement known as the “separate system” — was implemented.

The system was based on the principle that solitude could cure criminality and that exposure to other criminals would only reinforce an inmate’s felonious mind-set. Prisoners were supposed to spend time in solitude so they could reflect and repent. Even the chapel, open to tourists, was divided into small wooden cells that prevented inmates from seeing anyone but the minister.

Beyond the castle and the Magna Carta, the nearby Lincoln Cathedral — decorated with numerous stained-glass windows — is also worth a visit. There are several shops and cafes in the city center.

COSTS Ticket prices vary depending on how many attractions you want to see. A joint castle and cathedral ticket costs 16 British pounds (about $25).