'Lego Harry Potter': Fans will be pleased with Lego's new twist on tales 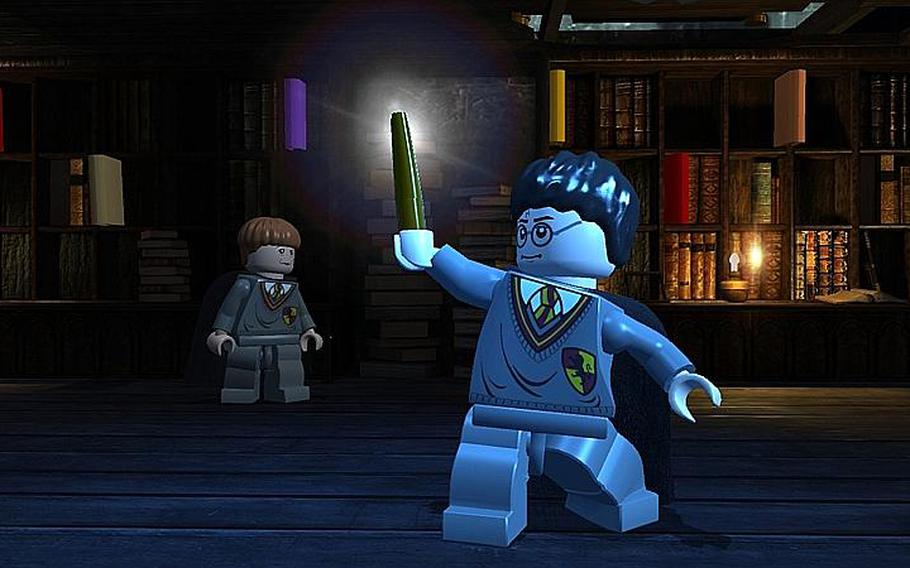 'Lego Harry Potter: Years 1-4' is a lighthearted take on the escapades of the boy wizard. (Warner Bros. Interactive)

The Lego magic is back, and Harry Potter’s the focus of the latest digital wizardry.

The boy wizard and his buddies follow Batman, Indiana Jones and the “Star Wars” crew into the world composed of Lego’s plastic blocks. As with its predecessors, the E10-rated “Lego Harry Potter: Years 1-4” takes familiar characters and events and twists them to create family-friendly fun. So, don’t be upset when events don’t unfold exactly like they do in the books or movies.

Developed by Traveller’s Tales for Warner Bros. Interactive, the game follows the action in the first four books of the wizard’s saga. In most cases, the familiar stories are told in cut scenes. When these end, you’re put in control of several characters and allowed to explore your surroundings, collecting items, solving puzzles and battling baddies. During these times, the action rarely corresponds to events in the books or movies.

When playing in story mode, you are typically given two to four characters to control. You can easily switch among them or have a friend join in the action in cooperative play. All of the favorites are there: Harry, Ron Weasley, Hermione Granger and Hagrid, for example. The game offers 170 playable characters, though most are available only in the free-play mode that opens once you’ve completed a level. During free play, you can tackle extra puzzles or pick up collectibles you missed during the first playthrough.

The characters spend a lot of time wandering the halls of Hogwarts School of Witchcraft and Wizardry, learning spells, mixing potions, flying on brooms and rescuing students in peril. The game involves a bit of fighting against trolls, spiders and Death Eaters, but most of the action comes in the form of puzzles. The puzzles are very ingenious and fun to solve. They usually involve using a combination of spells and special abilities.

The spells will be very familiar to Potter fans, starting with Wingardium Leviosa, which levitates objects and people. The main characters also have special abilities. For example, Ron’s rat Scabbers can climb through pipes, Harry’s invisibility cloak can get him past suspicious teachers and Hermione’s book-reading can unlock new areas.

The controls are well designed. I especially like the easily accessible radial menu that allows you to quickly select spells and special abilities.

Computer-controlled characters usually prove helpful, but can sometimes be a bit dim. During one “bonus level,” Ron repeatedly jumped into a pit of lava.

The graphics are good, with Hogwarts and other locations created in a pleasing mix of realistic brick and mortar and fanciful Lego blocks. Previous Lego games presented problems with wonky screen views. Thankfully, those problems seem to have been resolved.

Overall, “Harry Potter” brings the Lego franchise back to the heights reached by “Batman” and “Star Wars.” Perhaps it’s because of the flying brooms.