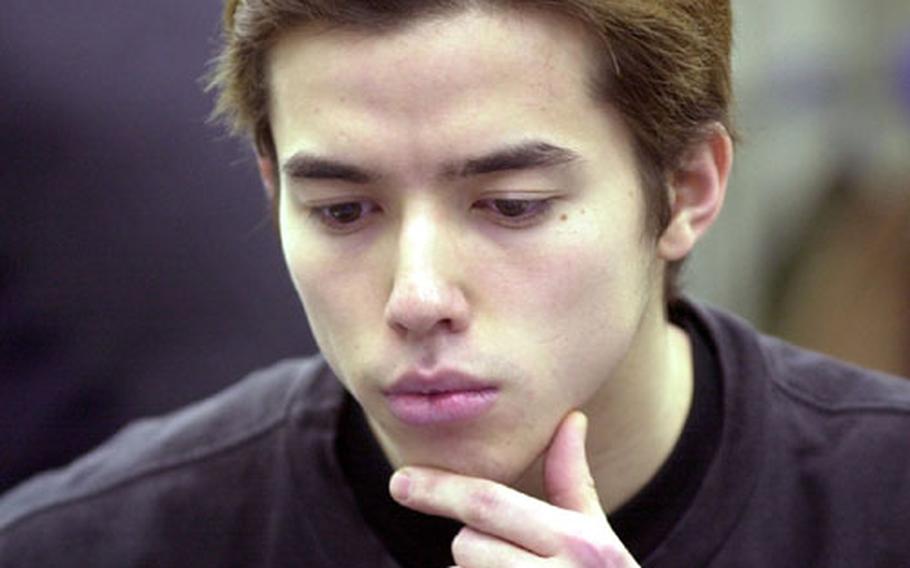 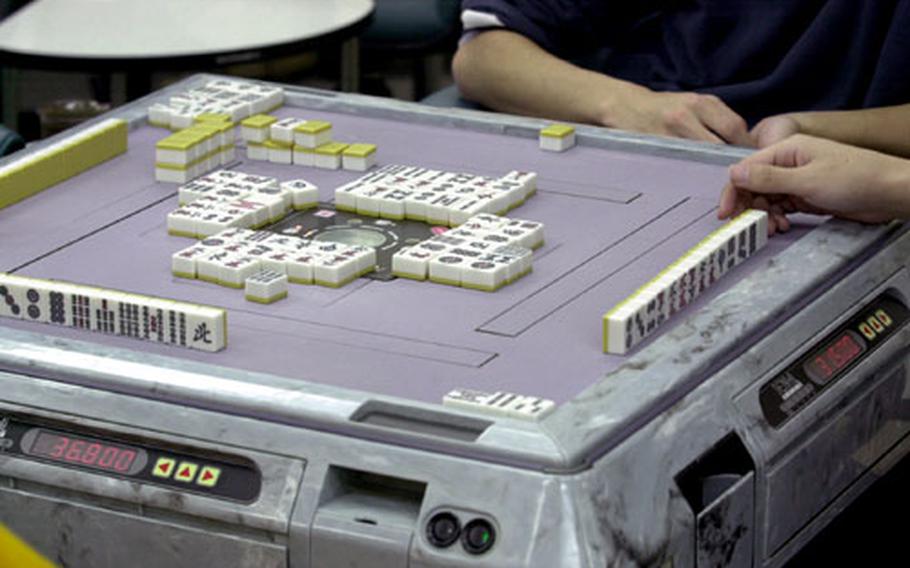 Most Americans are familiar with mah-jongg only from games that come with their new computers. In Asia, the real game, which features four players, is quite popular. (Jason Carter / S&S) 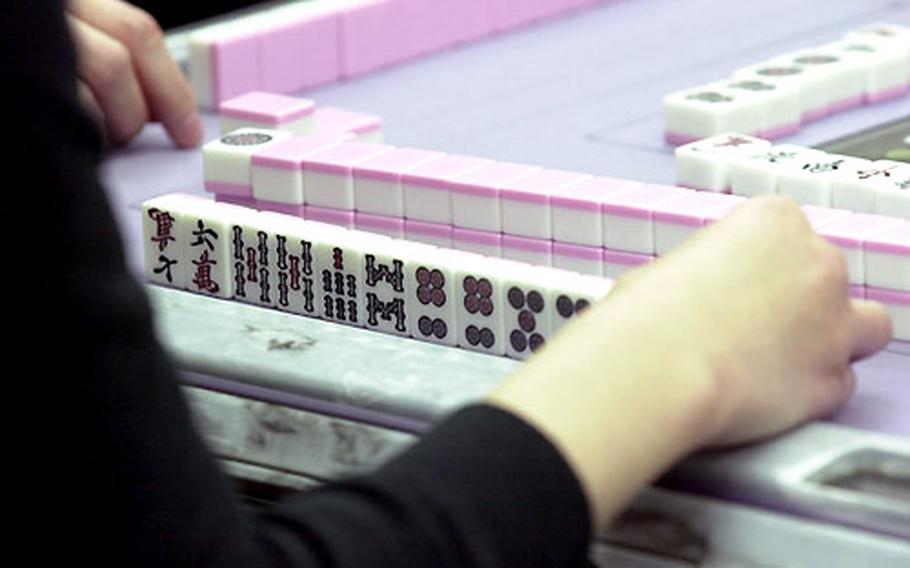 The mah-jongg game board and game pieces. (Jason Carter / S&S) 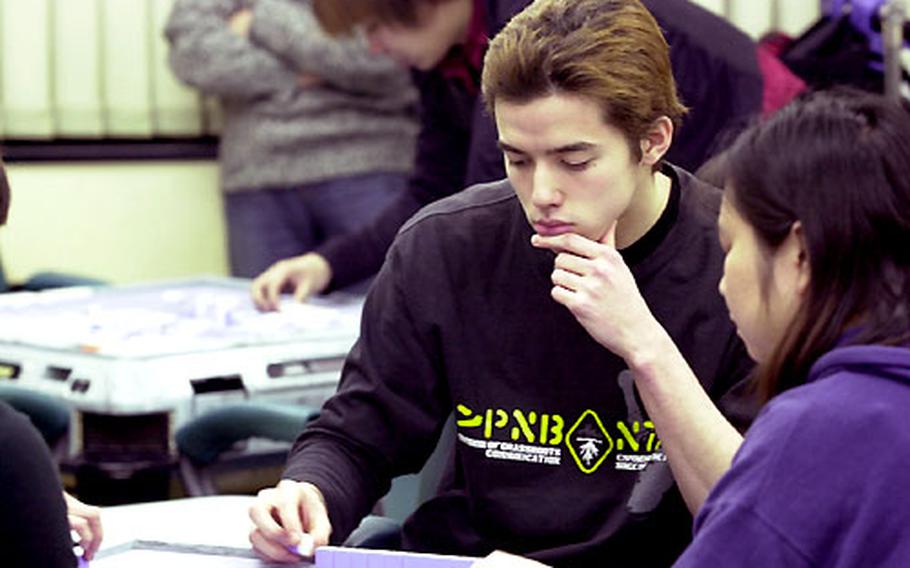 John O’Connor concentrates on a game of mah-jongg. O’Connor is a Nile C. Kinnick High School graduate and the son of a former Marine. (Jason Carter / S&S)

An ancient Chinese board game, mah-jongg is much more popular in Asia than in the United States.

He&#8217;s a quick study in a game that has 88 different hands (international rules) and seems three times more complicated than chess.

The game usually requires four players. There are 136 or 144 tiles in different suites. The object is to accumulate winning sets of these tiles. Mah-jongg is similar to many card games in that players score points for different hands. Players start with 13 tiles and win with 14.

In a handcrafted set, the tiles are smaller than playing cards, about the size of domino pieces. They are made of bone or bamboo, or sometimes of bone plaques mortised into bamboo.

O&#8217;Connor began playing mah-jongg about four years ago while a student at Sophia University in Tokyo.

&#8220;I always played it on video games. I never touched tiles until my friends were playing it&#8221; at the university, he said.

It took about three months &#8220;to actually get a feel for the game,&#8221; he said. He practiced with friends, even with strangers, in the Tokyo area&#8217;s many mah-jongg parlors.

Since his performance at the world championship, though, O&#8217;Connor rarely goes unrecognized in mah-jongg circles.

Reporters from Japan&#8217;s mah-jongg magazines have interviewed O&#8217;Connor, and the Web site, www.mahjongnews.com, displays a digital photo of O&#8217;Connor on the champions&#8217; podium, with the winner &#8212; a female Japanese professional mah-jongg player &#8212; and with the Japanese mah-jongg teacher who took third.

O&#8217;Connor said he never expected to walk away with a silver medal. His goal at the outset was just to finish higher than third or fourth in any game.

As he kept scoring points and winning hands, the pressure mounted.

O&#8217;Connor said his head throbbed after the tournament. The game is very psychological and requires strategy, he said.

O&#8217;Connor, who lives in Yokosuka and acts and does voice work in Japan, wants to start an international mah-jongg association in the country.

Not many foreigners in Japan play the game, he said. He&#8217;d like to start classes at U.S. military bases on the Kanto Plain, and perhaps form a team to compete in a world championship.

Where to buy: Mah-jongg sets are available in almost any thrift shop or hobby store in Japan.