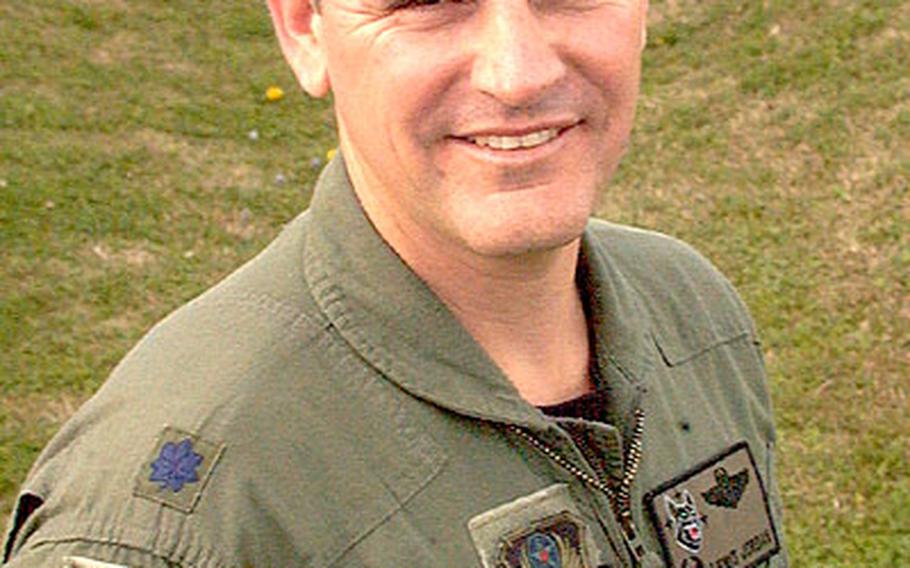 Lt. Col. Lewis Jordan of Kadena Air Base, Okinawa, says it was a pleasure finding the nanny who reared him 40 years ago. (Carlos Bongioanni / S&S)

Lt. Col. Lewis Jordan of Kadena Air Base, Okinawa, says it was a pleasure finding the nanny who reared him 40 years ago. (Carlos Bongioanni / S&S) 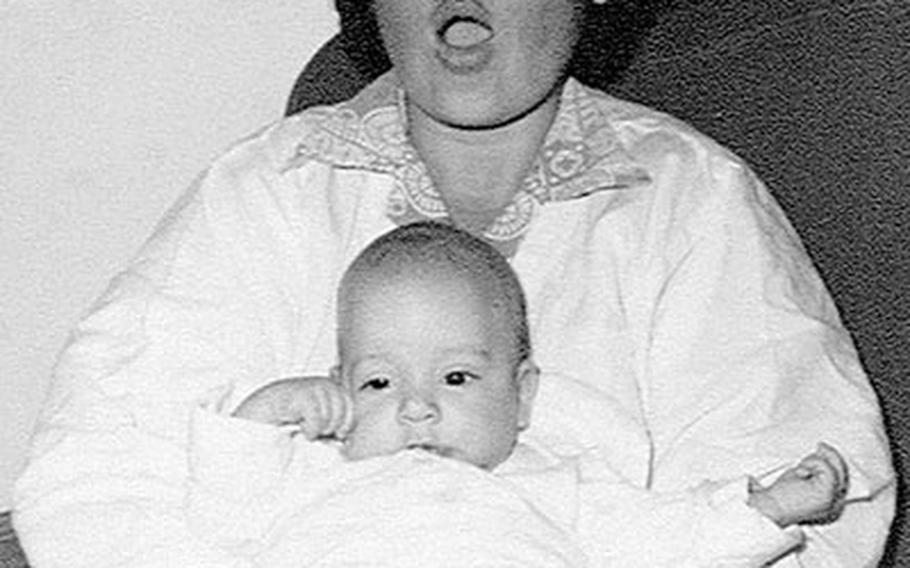 After a 39-year separation, the two had a joyful meeting Feb. 18.

Since transferring to Okinawa in February 2002 to command Kadena&#8217;s 17th Special Operations Squadron, Jordan has wanted to track down Uechi. But he couldn&#8217;t find anybody who knew her.

Then in January, somebody suggested he put an advertisement in a local Japanese newspaper.

But it worked. Three days later, Kadena officials got a call from Uechi, who learned of the ad from friends and relatives, said Jordan.

Although he had no memory of her, Jordan said he considered Uechi, now 75, a part of his family. Growing up, he explained, he had heard numerous stories about how she took care of him and his older sister, Lisa.

He likened his desire to wanting to find the nanny with that of adopted children who track down their biological parents. &#8220;I figured it would be a shame if I never tried to find her.&#8221;

The mother told how Uechi was so sad during the pack out that &#8220;her face was like a thundercloud. She wanted to hold you all the time.&#8221;

She recalled the scene at the air terminal when leaving Okinawa in November 1963: It was heartrending, she said, &#8220;seeing the Okinawan housemaids saying goodbye to the American children they had cared for so lovingly.&#8221;

On the tarmac, as the family prepared to board the plane, Uechi handed the 10-month-old Jordan to his mother. &#8220;It was painful for all of us, because we all loved her, and she loved you so much,&#8221; she wrote.

During the first three decades following World War II, many American families, including enlisted personnel, stationed on Okinawa hired housemaids or nannies. As many as 14,770 housemaids worked in American homes in 1970 at the height of the Vietnam War, according to a 1996 Stars and Stripes article. The numbers dropped drastically when living standards improved in the 1970s and housemaid work became less desirable as its wages failed to keep pace with other professions&#8217; wages.

Jordan said he knows many other people his age who were born or grew up on Okinawa and would like to contact the nannies who reared them. His advice: Don&#8217;t give up the search. It&#8217;s well worth the effort, he said.

Because he deployed the day after Uechi responded, Jordan postponed his reunion until he returned to Kadena in February. Along with his wife and four children, he met Uechi and about seven of her family members at her home in Yomitan.

Jordan said the nanny, speaking through a base interpreter, expressed how proud she was that he had grown up to return to the place of his birth as an officer in command of a large unit.

Jordan said he hopes to maintain a close relationship with Uechi and her family while he remains on Okinawa. His only regret, he said, was that he didn&#8217;t place the ad and find Uechi prior to his parents visiting in November. But they were thrilled to learn of the reunion, he said.