Japan: Fuji-Q Highland in the off-season Buy Photo
Mount Fuji, in Yamanashi prefecture, is Japan's highest — at 12,388 feet — and most famous peak. In addition to scaring you out of your wits, the rides at Fuji-Q Highland have a great view of Mount Fuji. (Grant Okubo/Stars and Stripes)

Buy Photo
Mount Fuji, in Yamanashi prefecture, is Japan's highest — at 12,388 feet — and most famous peak. In addition to scaring you out of your wits, the rides at Fuji-Q Highland have a great view of Mount Fuji. (Grant Okubo/Stars and Stripes) 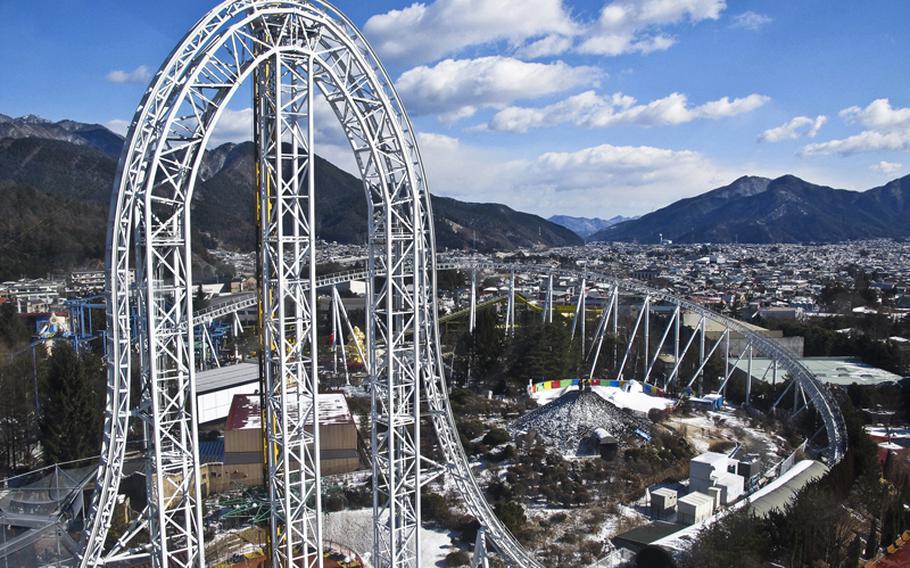 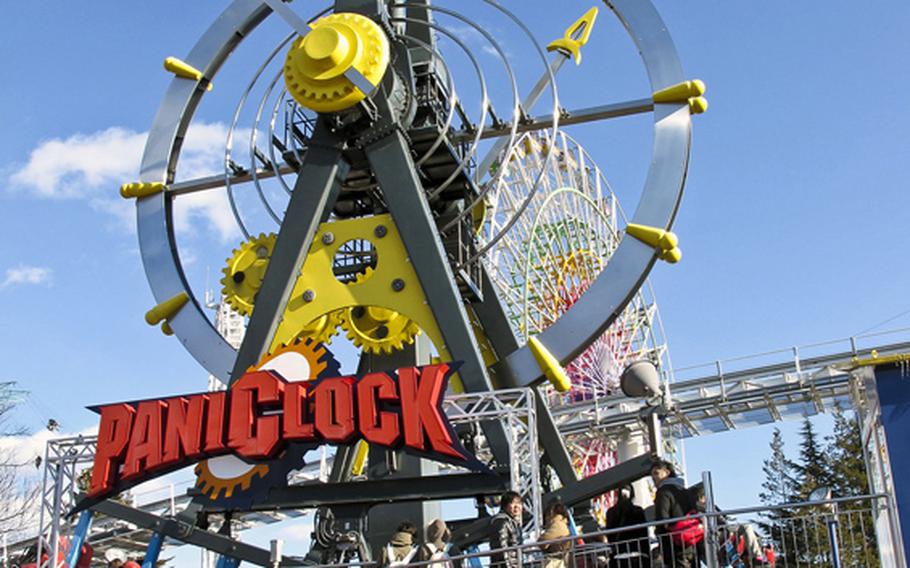 It began with a countdown - "3, 2, 1" - and then the screaming commenced as my friends and I yelled our lungs out during a recent day trip to Fuji-Q Highland, the popular amusement park at the base of Mount Fuji in Japan.

February is the off-season for the park, and the logic behind going in winter was that there would be shorter lines and more opportunities to get on one of the many heart-pounding rides.

Unfortunately, the situation didn't work out as planned. There was a rare snowfall the night before, so many of the rides were either closed or inactive due to the weather.

We started with the teacups and the Ferris wheel to kill some time and await news on whether the rides we had hoped to ride would reopen.

The idea of finding ourselves on the teacups was more amusing than the ride itself. There was a whole lot of spinning, and a whole lot of nausea afterward. While it might look like a harmless attraction for kids, it's probably one of the easiest rides to get sick on. The Ferris wheel, on the other hand, wasn't a bad choice and gave us a spectacular view of both the park and Japan's iconic mountain.

With more time to kill, we enjoyed udon at the food court, followed by a leisurely skate at the ice skating rink.

By noon, many of the rides began starting up. Only one of the major roller coasters opened, so we immediately got in line - but not quickly enough to avoid a long wait.

Ninety minutes later, we boarded Dodonpa, one of the world's fastest roller coasters. Standing 170 feet tall and reaching speeds of up to 107 miles per hour, Dodonpa was the highlight of the trip and definitely worth the wait.

After instructing me to empty my pockets and take off my scarf and beanie despite the cold, the attendants buckled me snugly into my seat. We started off in a long dark tunnel, almost like the scene in "Star Wars" where the ships jump to light speed, and as we exited, the acceleration pinned me to my seat with the strongest pressure I'd ever felt on a coaster. The design wasn't significantly different from other roller coasters I'd been on, but the speed was - it felt like I could have easily flown out of my seat, and everything passed by in the blink of an eye. My only complaints: the ride was too short, and the Dodonpa could have used a couple of loops to take the scare factor to the next level.

By the time we disembarked, we realized we only had enough time to squeeze in two more rides before our bus left.

We decided on the Mad Mouse, a children's roller coaster, since it had the shortest line. After riding Dodonpa, it was anti-climactic: it went rather slowly and made sharp, jerky turns that ended up hurting me more than scaring me.

Before leaving, I was able to go on PaniClock - a typical mid-level fair ride that did indeed seem capable of causing panic for some people. Two side-by-side arms swing back and forth like hands on a clock, then suddenly flip, leaving riders hanging upside-down. I have been on plenty of similar rides, but the thrill never goes away, no matter how old you get.

We left Fuji-Q a little disappointed that we weren't able to ride the other major coasters. I particularly wanted to try Fujiyama, which stands 260 feet and travels at 80 miles an hour. It runs throughout the park, and the climbs and dips looked like a lot of fun.

I also wanted to go on the Eejanaika, the thrilling "fourth-dimension" roller coaster, which amps up the scare meter to maximum by positioning the riders on either side of the tracks instead of on top of them. I could only imagine how scary it would have been to hang from the harness-like contraption that holds you in from falling to your death.

If roller coasters aren't your thing, or you're taking a child, there are plenty of low-key rides such as a merry-go-round, racing carts, a train and what I hear is a pretty scary haunted house.

Trying to avoid the summer rush didn't exactly produce the results my friends and I were hoping for.

Mother Nature had her own plans, which foiled the benefits of going in the winter.

Lesson learned: at any time of year, it pays to consider the weather before going.