Itaewon The Burger makes a good patty, but the atmosphere is lacking Itaewon The Burger came on to the South Korean burger scene late last year and quickly claimed to be offer best burger in Seoul. (Marcus Fichtl/Stars and Stripes)

Itaewon The Burger came on to the South Korean burger scene late last year and quickly claimed to be offer best burger in Seoul. (Marcus Fichtl/Stars and Stripes) 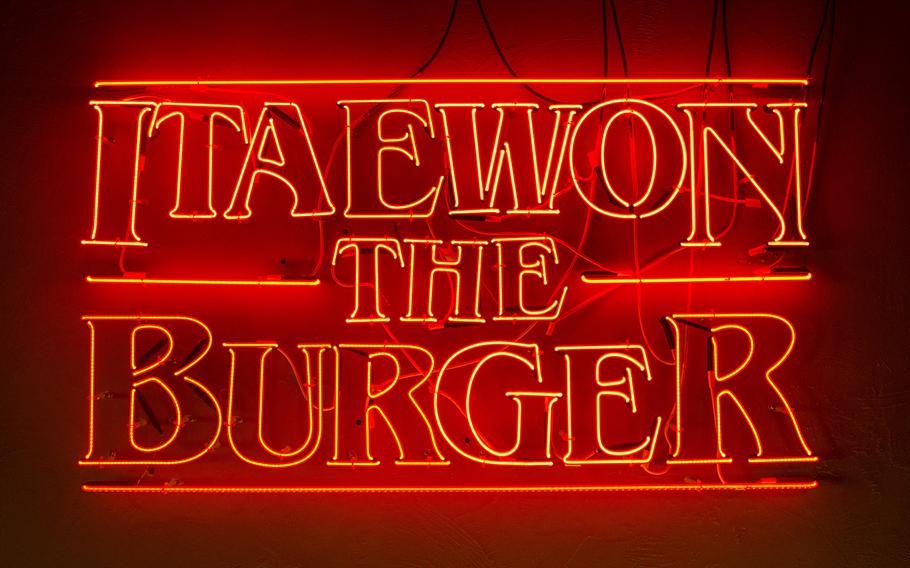 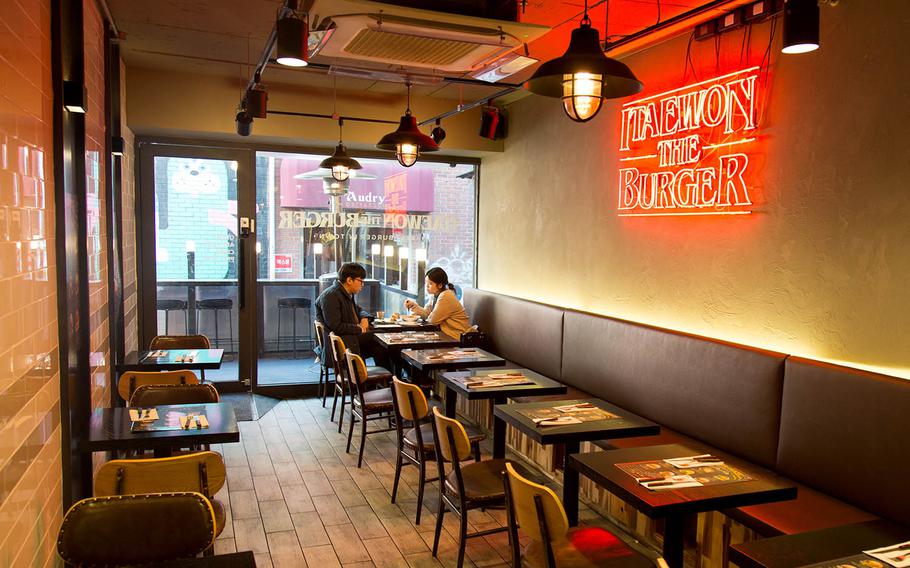 The interior of Itaewon The Burger in Seoul, South Korea, Tuesday, Nov. 21, 2017. (Marcus Fichtl/Stars and Stripes) 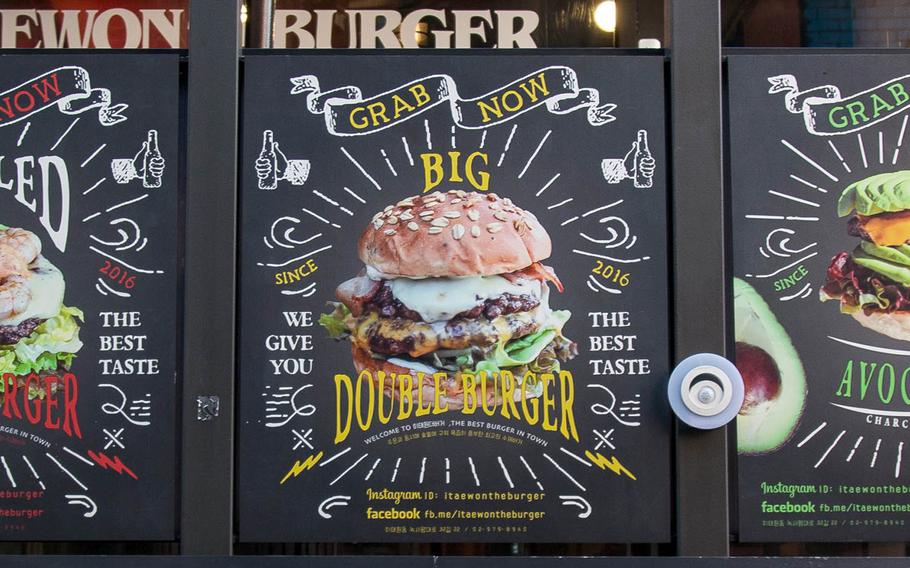 Itaewon The Burger is a casual counter-order restaurant that has a friendly English-speaking staff in Seoul, South Korea. (Marcus Fichtl/Stars and Stripes)

There’s a $10 burger joint in Seoul’s Itaewon district that might keep your stomach from being homesick this holiday season.

Located just outside Yongsan Garrison in a small alley off the foreigner district’s main street, Itaewon The Burger came on to the South Korean burger scene late last year and quickly claimed to offer the “best burger in town.”

Friendly English-speaking staff welcome burger lovers into a casual, no-frills counter-order restaurant that straddles the line between corporate chain wannabe and mom-and-pop hole in the wall.

Large red signage of the restaurant’s name — inspired by the title screen to Netflix’s “Stranger Things” — casts an ominous red hue over a dozen tables and its patrons. Its off-beat vibe, however, is tarnished by giant poster advertisements of its burgers on the opposite wall and its street-facing patio.

And in case you still can’t visualize the “Avocadict,” a burger with more avocado than ground beef, or the “Big Double Burger,” which has two times the beef, bacon and cheese, you’ll find their photos on the menu as well.

While the owners might have misread their book on millennial gastro-pub design, the burgers are anything but boring.

Ground twice a day freshly from Australian chuck and brisket, the 5-ounce charcoal grilled patties are as good as you’ll find in South Korea. The rest of the innards of the two hand-sized burgers will satisfy as well, from perfectly fried eggs to crisp lettuce and tomato. A spicy homemade sauce accents five of the nine burgers offered.

The only real letdown is the bun. While generally decent tasting, it falls apart after a few bites, quickly losing its ability to act as a much-needed burger handle. Those not willing to get their hands dirty might need to break burger-eating etiquette and use utensils.

Good, but not life-changing Cajun fries can be added for $2, and a small selection of craft beers and not-so-craft sodas are available to wash everything down.

Does Itaewon the Burger live up to its claim of being the best burger in town? Its burgers are more than solid, but a $10 burger needs matching digs to round out the experience, and this spot lacks the character and uniqueness to stand out from the already decent South Korean burger scene.