Hitting the high points in Europe 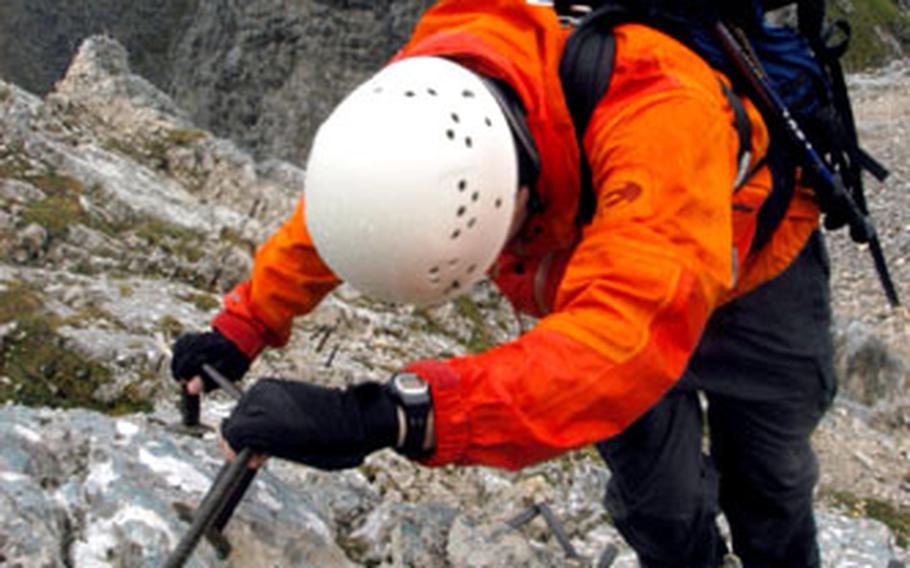 Helmut Grüninger, a weekend warrior from Munich, uses steel cables to climb up the peak of the Alpspitze Mountain. (Russ Rizzo / S&S)

Helmut Grüninger, a weekend warrior from Munich, uses steel cables to climb up the peak of the Alpspitze Mountain. (Russ Rizzo / S&S) 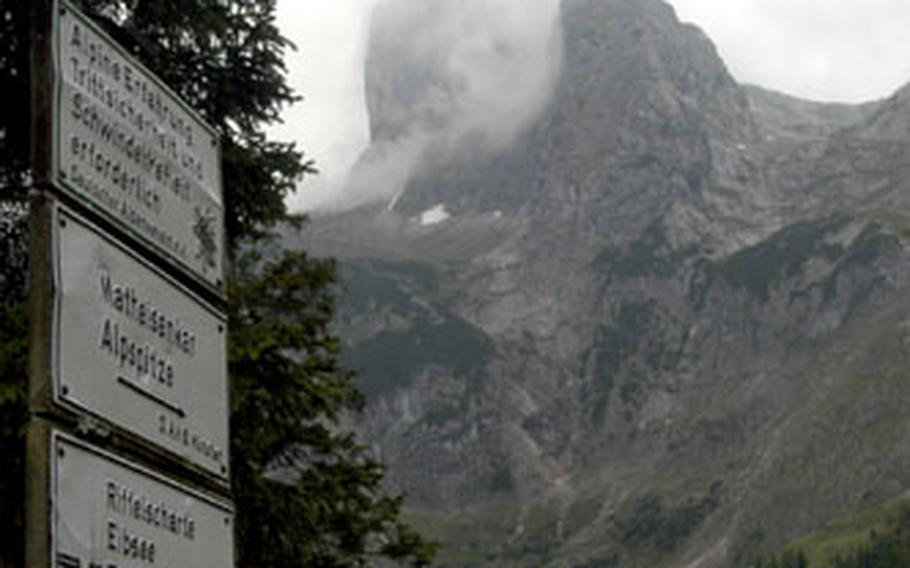 The arduous yet exhilarating sport of rock climbing is popular among U.S. personnel in Europe, who are taking advantage of some of the continent&#8217;s breathtaking views from higher altitudes.

ItalyThis is especially true of southern Europe. Vicenza, Italy, offers rock-climbing enthusiasts access to &#8220;some of the most spectacular rock climbing in the world,&#8221; said Joy Chalmers, marketing specialist for the base&#8217;s Morale, Welfare and Recreation office.

Rock-climbing excursions offering &#8220;some good climbing&#8221; are as close as a 15- to 30-minute drive from the base, she said. A little farther, and climbers are rewarded with some of the most breathtaking and challenging climbs in Europe, she said.

Professional instructor Michael Dong offers monthly rock-climbing classes and excursions through the Navy Outdoor Recreation Center in Naples, Italy. On his own, he teaches lead climbing and anchoring and is licensed through the American Mountain Guides Association.

Officials at Naval Air Station Sigonella, Sicily, opened a new $70,000 climbing wall at the Fit District on NAS 1 in June, said Sandy Baert. The center offers two-week classes on the sport in addition to several excursions throughout the year.

Rock climbing through the Aviano Air Base&#8217;s Outdoor Recreation center offers climbers a spectacular trip both on mountainsides and into history. One excursion takes climbers to the Toc Mountain in Erto, northern Italy, and to the Vajont dam, which failed to hold back a landslide in 1963 and sent a surge of water over the dam that destroyed three villages, said Amy Wells of the outdoor recreation center.

The wall, expected to be up and usable this winter, also will serve as a trainer for those seeking to go out and do the real thing with a licensed guide, he said. MWR offers excursions to several spots.

GermanyWiesbaden Outdoor Recreation is among the organizations that offer lessons and trips. Wiesbaden holds its training at an indoor center in Nieder Olm and conducts trips outdoor March through October.

Other communities in Germany and in Britain have climbing walls and seasonal trips. Check with outdoor rec and MWR offices for details.

And finally, the Armed Forces Recreation Center&#8217;s Edelweiss Lodge and Resort in Garmisch conducts classes to teach climbers the ropes and then trips to use what they have learned.