Hitting the heights — all 1,092 feet of them — at spectacular Tokyo Tower 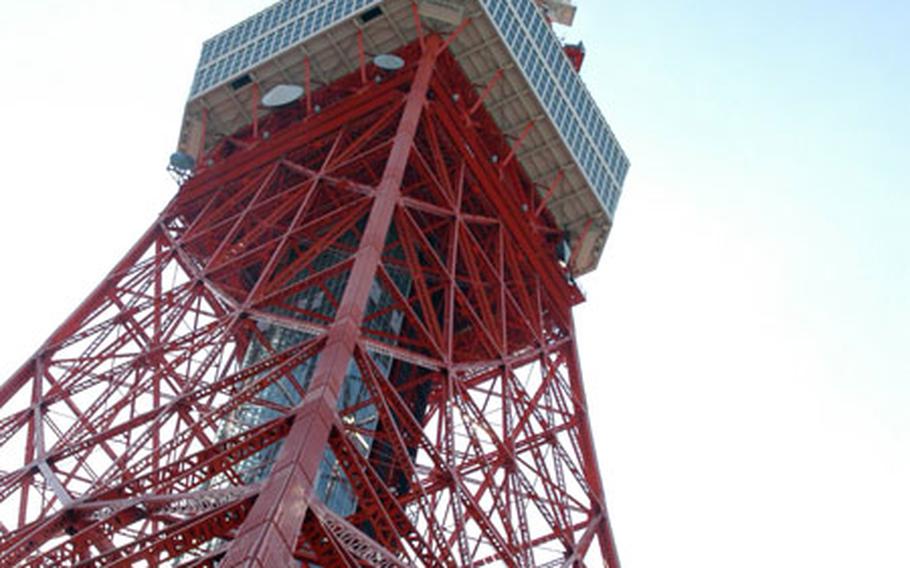 With spectacular views from 820 feet up, a trip to Tokyo Tower is one you’ll want to remember. (Jim O'Donnell / S&S)

With spectacular views from 820 feet up, a trip to Tokyo Tower is one you’ll want to remember. (Jim O'Donnell / S&S) Visitors to the Special Observatory can take in this magnificent view of Tokyo, including the Emperor&#39;s Palace. (Jim O'Donnell / S&S) 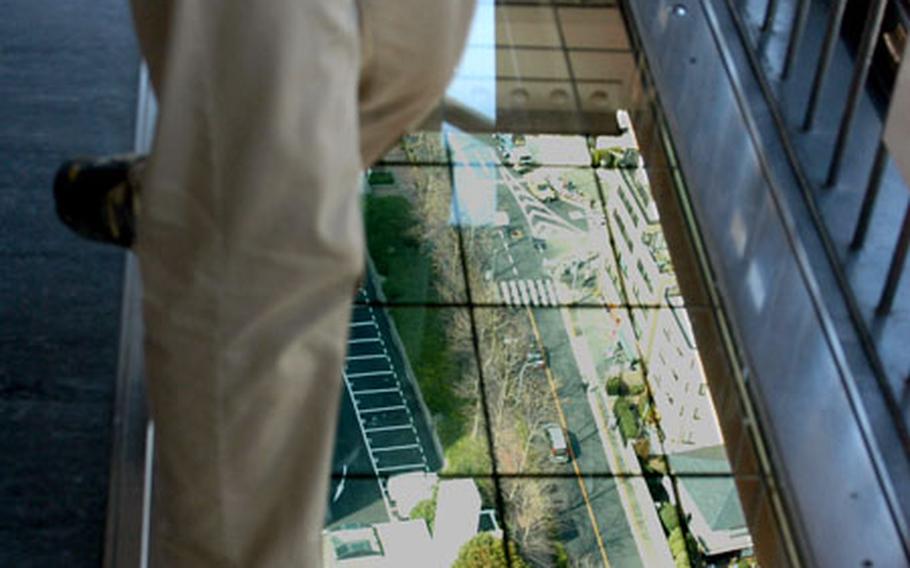 Feeling brave? From the Tower’s Main Observatory lower level you can look down through one of the floor-mounted observation windows and see Tokyo under your feet. (Jim O'Donnell / S&S) Tokyo Tower offers attractions beyond great expanses of glass. Here, at the entrance to the Tokyo Tower Trick Art Gallery on the fourth floor of the Tokyo Tower building, the girl on the left and the boy in the center are paintings. (Jim O'Donnell / S&S) 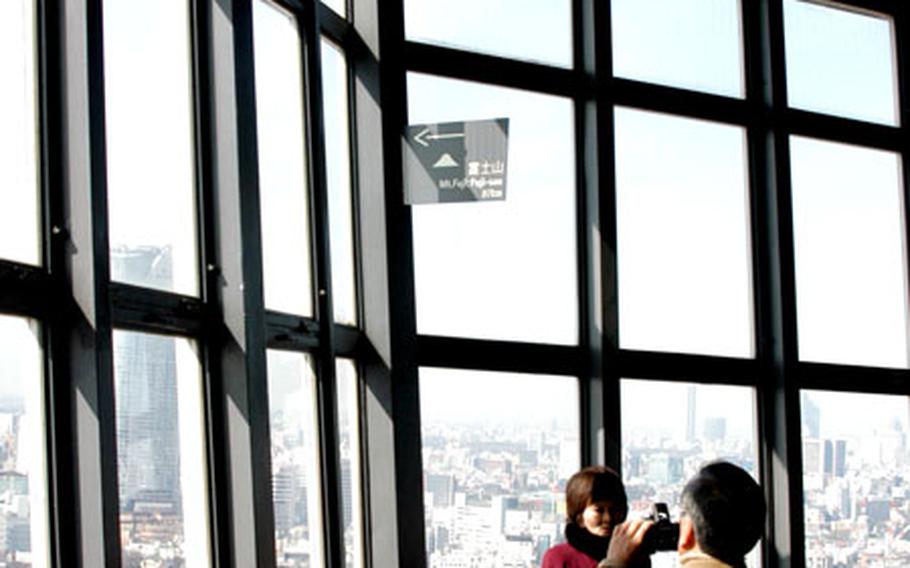 A pair of Tower tourists snap a picture from the Main Observatory, with the new Roppongi Hills building in the background. (Jim O'Donnell / S&S)

One of my earliest fears, one that haunts me to this day, is my fear of heights.

It&#8217;s the fear of being hundreds of feet above the ground, teetering on some metal girder, like a scene from some Three Stooges movie. It&#8217;s not the best image to have in mind as I&#8217;m in an elevator racing up to Tokyo Tower&#8217;s 820-foot-high special observatory area, rising so quickly I can feel the pressure change on my eardrums.

It&#8217;s also not reassuring to keep in mind that Japan is one of the most earthquake-prone countries in the world, and if one happens to hit while I am &#8220;observing,&#8221; I will have to make my way to ground level by the stairs. Stairs that I can see circling the elevator shaft as I travel upward. Stairs that seem to be made for someone whose average height is much less than my 6-foot, 2-inch frame.

More comforting, however, is listening to the voice of an elevator attendant, who I&#8217;m sure is explaining in very polite, soothing Japanese the different landmarks I can see as we make our way to the tower&#8217;s top observation deck.

The elevator trip, thankfully, was short and I arrived at the upper observation deck, fears in check, earthquake-free and ready to enjoy my bird&#8217;s-eye view of the world&#8217;s most populous city.

Opened in 1958 and built largely with melted- down metal from World War II- and Korean War-era surplus U.S. tanks and armor, the orange-and-white tower is one of Tokyo&#8217;s most visible landmarks. It is visited by thousands of people each day and is the origin of 23 broadcasting signals, according to the tourist brochure.

If you don&#8217;t want to spend the extra 600 yen (about $5.75) to visit the tower&#8217;s top observatory, there is plenty to see and do from the two-floor main observation deck 492 feet above the city. There you can dine in the small caf&#233; or listen to music in Club 333 on Wednesday or Friday nights. And, of course, there are observation windows.

Underneath the tower is the Tokyo Tower Building, starting point for the tower&#8217;s elevators and home to a number of shops and museums.

On the building&#8217;s fourth floor is the Tokyo Tower Trick Art Gallery. The gallery features a number of optical illusion paintings and 3D art.

One floor below you&#8217;ll find the Tokyo Tower Carnival Wax Museum and Mysterious Walking Zone. If you buy a carnival package ticket, admission to these galleries is included, but if you have gone &#8220;a la carte,&#8221; pass these by. Holograms like those in the Mysterious Walking Zone were neat to look at in the &#8217;80s, but nowadays, when holograms are on everything from money to trading cards, it just doesn&#8217;t warrant the ticket price. And while the wax museum features likenesses of Brad Pitt, the Beatles and Jesus, pass on this and you won&#8217;t miss anything.

If you&#8217;re hungry, go to the second floor. A number of Japanese restaurants occupy space there, along with a pizza place and a McDonald&#8217;s. Also available on the second floor are a number of kiosks offering everything from good luck charms to Tokyo Tower models.

Would I recommend visiting? Fear of heights and earthquakes aside, definitely. No other view is quite like Tokyo Tower.

Near a number of Tokyo&#8217;s subway metro stations, the tower is a great day trip from any base in the Kanto plain.