Harry Shum Jr. shows off his skills on 'Glee' 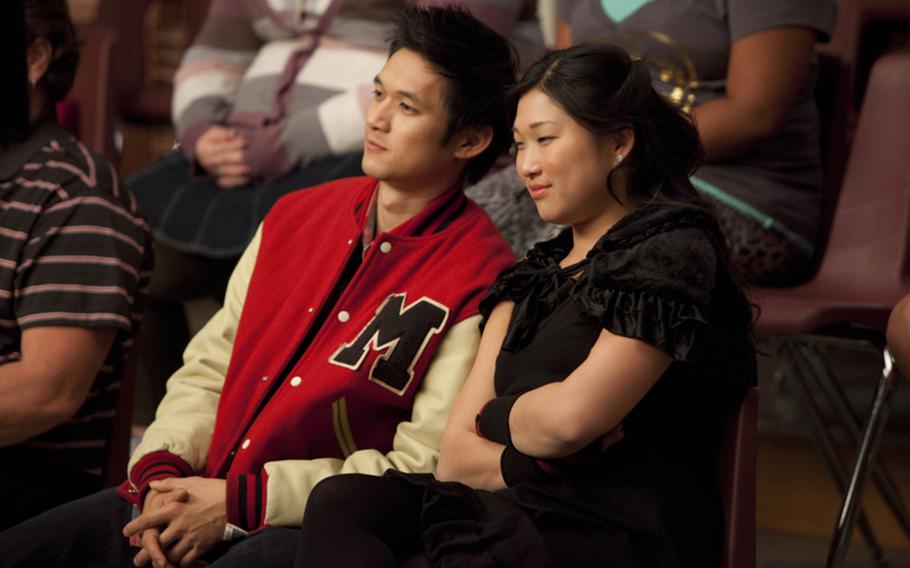 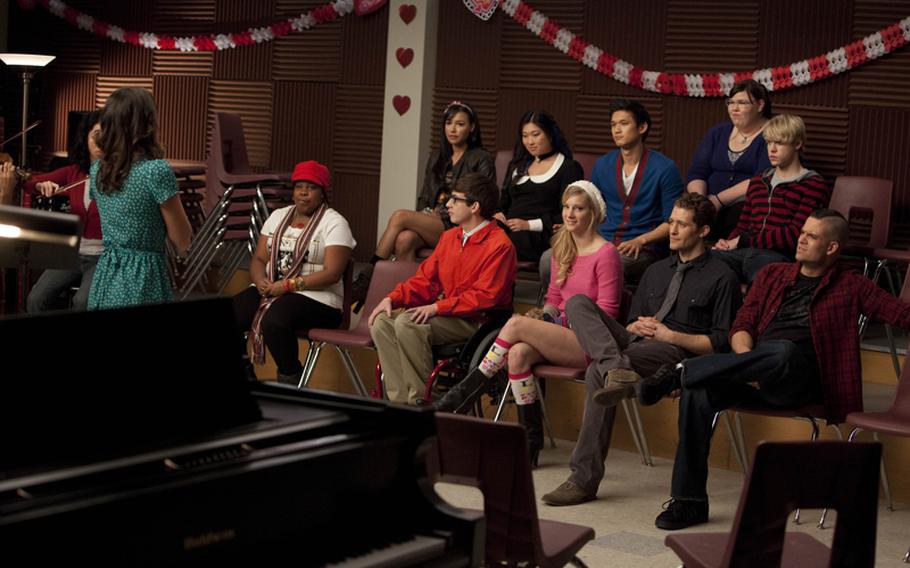 Harry Shum Jr. has danced on “Glee” in numbers including “Make ’Em Laugh,” “Dream A Little Dream of Me” and “Bubble Toes.” Shum says, " I always look at things first as an actor, then incorporate the dancing. But I love to do both, I love it all. I think of myself as an entertainer. " (courtesy photo)

The second season of the TV show &ldquo;Glee&rdquo; brought the character portrayed by Harry Shum Jr. a little respect.

First of all, other characters started referring to him by name, Mike Chang, instead of as &ldquo;the other Asian.&rdquo;

Then he was given lines to speak.

Next, the series&rsquo; writers gave him a girlfriend, Tina Cohen-Chang (Jenna Ushkowitz) as part of the classroom soap opera that fans of the all-singing, all-dancing, subversively comedic series have come to know and love.

And Season 3? Rumor has it that Shum, the show&rsquo;s standout male dancer, may be promoted from guest star to series regular.

&ldquo;There hasn&rsquo;t been confirmation yet by Fox, but I keep hearing that, so I hope it&rsquo;s true,&rdquo; Shum said in a telephone interview from Minneapolis where he had performed the night before on the &ldquo;Glee Live&rdquo; tour.

The Costa Rica-born Shum began his stint on &ldquo;Glee&rdquo; as a day player whose commitment to the show kept getting extended. Early on, he admitted, &ldquo;you had moments on the show where you didn&rsquo;t know your place exactly. I felt that I was part of the team, but not really, because I was contracted differently. I think it wasn&rsquo;t until a little after the first tour we did [in 2010] where I felt a little more a part of the team.&rdquo;

Now the second &ldquo;Glee Live&rdquo; tour is under way, with several performances at London&rsquo;s O2 Arena. Not only is Shum performing as part of the &ldquo;Glee&rdquo; ensemble, but the dance troupe for which he is artistic director and co-choreographer, the Legion of Extraordinary Dancers (LXD) from the web series of the same name, will open the show.

&ldquo;You have a stage show where it&rsquo;s storytelling through dance,&rdquo; he explained of the opening act. &ldquo;It&rsquo;s not just a couple of people dancing where they&rsquo;re showing off dance moves, it&rsquo;s like a whole story for the first 20 minutes. Then there&rsquo;s a whole different element when &lsquo;Glee&rsquo; comes on.&rdquo;

The wildly popular &ldquo;Glee&rdquo; might be the most widely known vehicle so far to feature Shum&rsquo;s sometimes athletic, sometimes rubber-legged, but always stunning, dance moves in numbers such as &ldquo;Make &rsquo;Em Laugh,&rdquo; &ldquo;Dream A Little Dream of Me&rdquo; and &ldquo;Bubble Toes.&rdquo; But a Shum fan base has also developed through his work with LXD, web-based short films including &ldquo;3 Minutes,&rdquo; Apple iPod ads featuring his dancing silhouette, a 2004 tour with Beyonce and dance-off films &ldquo;Step Up 2: The Streets,&rdquo; and &ldquo;Step Up 3-D.&rdquo;

His dance influences are evident; Shum is a fan of male film dance greats like Gene Kelly and Fred Astaire who &ldquo;literally changed the way people looked at dance. They made dance relevant in film. I would just love to bring that back &mdash; that joy, that fun, that creativity that these guys had. They just entertained; they didn&rsquo;t need any special effects. It was just incredible &mdash; I just love that because it&rsquo;s natural, organic entertainment.&rdquo;

Asked if the dance-off films were likely to become the iconic dance films of the 21st century, as for instance, &ldquo;Singing in the Rain&rdquo; was for another generation, Shum said, &ldquo;These dance movies now have been a great platform for people to recognize dance as an art form. I think that&rsquo;s great. But I don&rsquo;t think we&rsquo;re there yet.

&ldquo;You see dance movies now, and they&rsquo;re fun, and they&rsquo;re extremely hip-hop. What LXD is trying to do is take it more mainstream, bridging the gap between the hip-hop/urban world with other types of dance, where you can couple orchestra music with hip-hop and think, &lsquo;What? How&rsquo;s that working?&rsquo; In the performances we&rsquo;ve done, we&rsquo;ve achieved that, and we want to keep that going.&rdquo;

While Shum&rsquo;s keenly tuned footwork and effortlessly sinewy style suggest he&rsquo;s been dancing all his life, he actually began his performing life as an actor in high school.

&ldquo;I never took dance classes when I was younger,&rdquo; he said. &ldquo;Dancing was just something that looked fun to me. It got kind of serious over time, after high school. I just started being more intrigued with it, watching more videos, meeting more people and learning from them. It just snowballed.&rdquo;

In last season&rsquo;s scripts, Shum was one of several well-written secondary characters who proved much more interesting than the central leads. His dance pairing with another such character, the so-dumb-she&rsquo;s-smart Brittany, played by Heather Morris, led to the season&rsquo;s most electrifying dance number, a cover of the Zutons&rsquo; &ldquo;Valerie.&rdquo; Online reviews of the &ldquo;Glee&rdquo; concert suggest that &ldquo;Valerie&rdquo; is one of the numbers performed live.

Shum describes Morris, the other standout dancer on &ldquo;Glee,&rdquo; as &ldquo;incredible.&rdquo;

&ldquo;When we did &lsquo;Valerie,&rsquo; we did it like 25 times, and when we wrapped it, I said I could do it 20 more times because I was having so much fun with her.&rdquo;

He dances, and he acts; a regular joke on the show is that he doesn&rsquo;t sing. Asked whether he considered himself more a dancer than actor or vice versa, Shum said, &ldquo;I always look at things first as an actor, then incorporate the dancing. But I love to do both, I love it all. I think of myself as an entertainer.&rdquo;