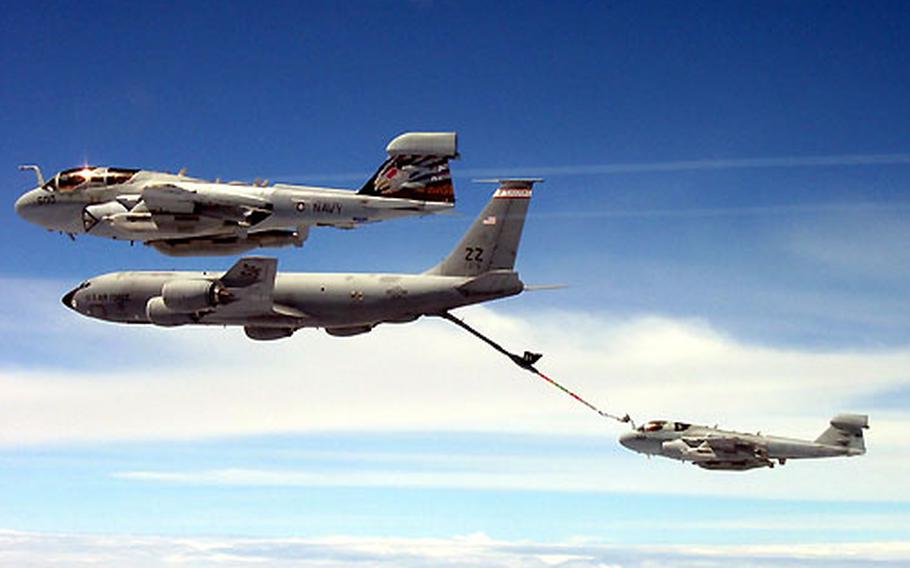 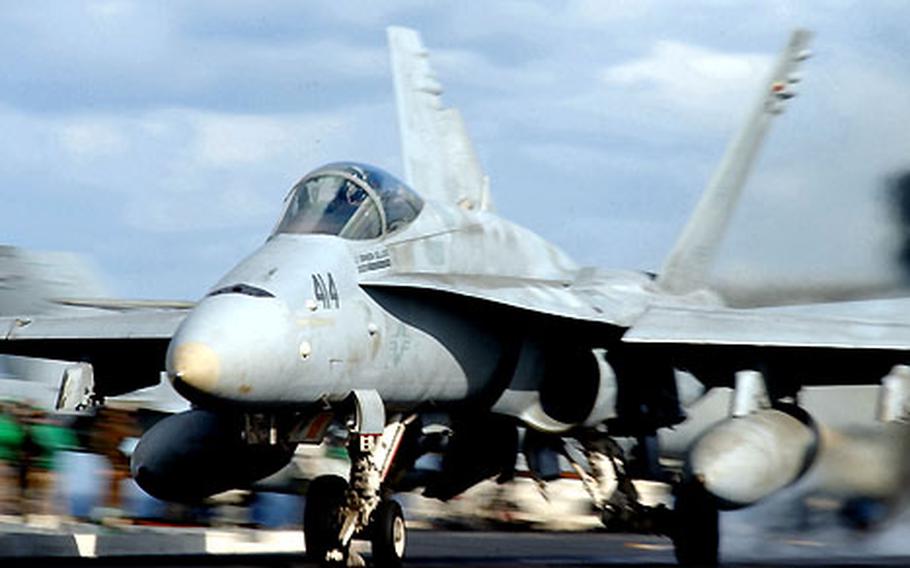 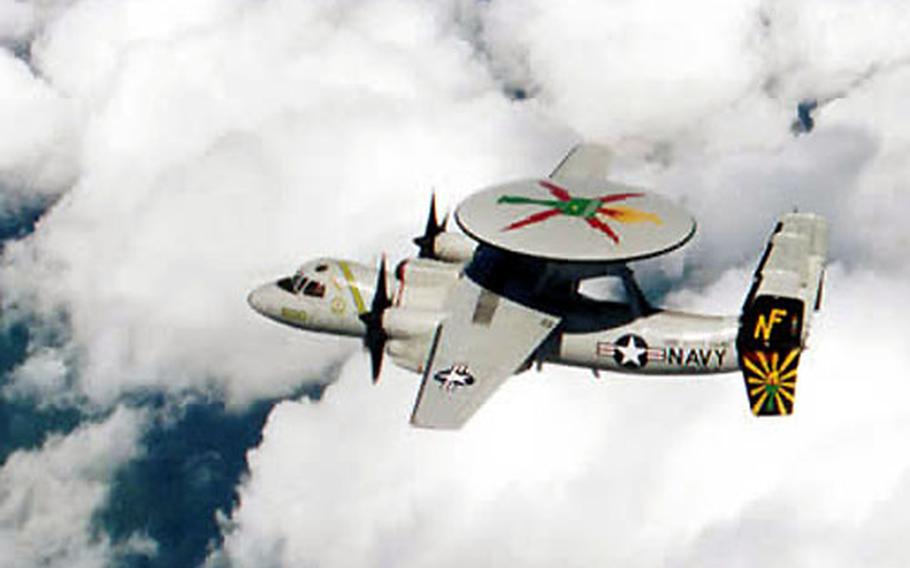 Months ago, the sorties took place over desert, the targets were real &#8212; and a real enemy lay in wait.

After the thrill and fear of war, it seems like a training exercise would be a breeze for a fighter pilot.

It offered unique challenges &#8212; even for the combat-hardened pilots.

Pilots say that in combat they pay less attention to detail and more to survival. In an exercise, the emphasis is on detail and perfection.

&#8220;War is more about getting the job done, while training is more precise, more exacting,&#8221; said Lt. Chris Hulitt, also with The Liberty Bells.

The squadrons began with classroom training on new tactics and technologies before leaving for Guam. Once there, trainers evaluated every second of the missions during hourslong post-flight debriefings.

This year&#8217;s exercise was one of the largest in recent years for the Atsugi air wing. It involved air-to-air and air-to- ground missions from Guam to a nearby island range.

Hornet pilots flew about 20 sorties each weekday and more on Saturdays. Some added more flight time by posing as enemy aircraft for air-to-air battles.

Sellers said the program aids aircraft operators by allowing them to practice with live ordnance, which also helps ordnance handlers gain experience. He also said different squadrons &#8212; flying different aircraft &#8212; work together in integrated missions, and they have trainers visiting from the States with watchful eyes and new skills to impart.

Having trainers pick apart every mission detail can be humbling and reminds pilots that, war or not, they can always learn something.

&#8220;The potential is there to make you think you know it all&#8221; after combat, Sellers said. But, he said, the trainers are always evaluating new ways of doing business.

While geared for the Hornet strike fighters, the program benefits all aircraft operators.

Operators of the Prowler aircraft learned to work better as a unit and in conjunction with other aircraft, said Lt. Marcus Dodd, with Electronic Attack Squadron One Three Six, known as The Gauntlets.

The training used skills they didn&#8217;t use during the war; the pilots benefited from instructor feedback, said Lt. Silas Bouyer, Naval Flight Officer with The Gauntlets.

The exercise gave Hawkeye pilots and operators a chance to work more on tactics. Since it&#8217;s a difficult plane to fly, they often spend much of their training on operation instead of mission and working as part of the wing.

The training helped the E-2C pilots practice offensive and defensive skills they didn&#8217;t use in the war, like protecting the Carrier Group from attack.

Swanson, who is newly assigned, missed the war, but he can learn from his fellow combat-hardened pilots.

Aircraft pilots and operators say even though they use the same tactics and training, an exercise is somehow not the same as the real world.