Plenty of musicians were on hand to keep the crowd entertained at last month’s 2006 Frankfurt Musikmesse in Frankfurt, Germany. (Raymond T. Conway / S&S)

Plenty of musicians were on hand to keep the crowd entertained at last month’s 2006 Frankfurt Musikmesse in Frankfurt, Germany. (Raymond T. Conway / S&S) 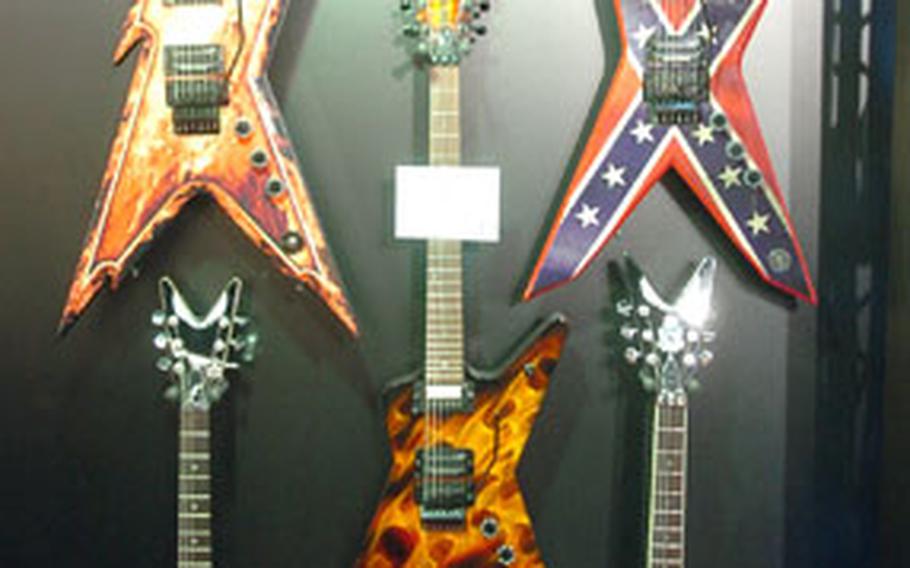 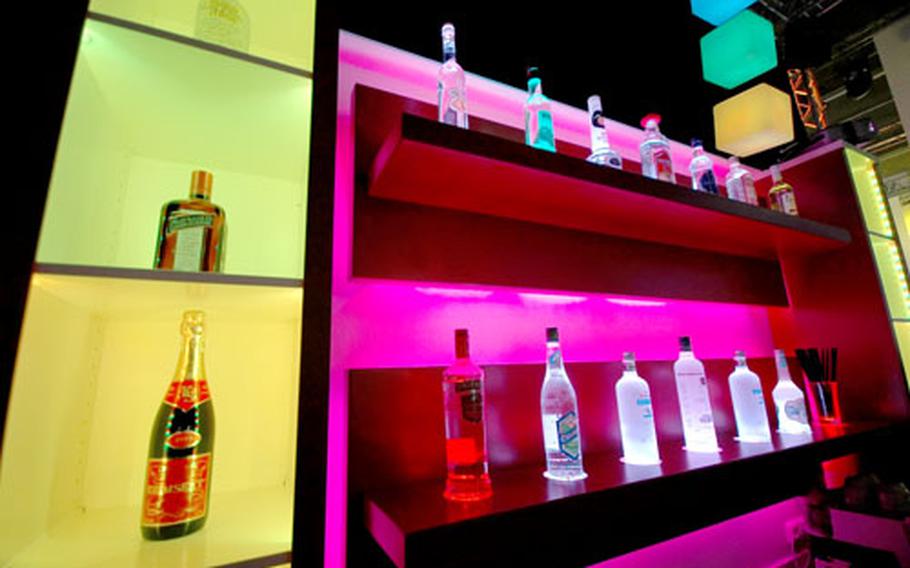 You gawk. They hawk.

But in this case, at this trade show, there&#8217;s usually more of the former.

That&#8217;s because many of the goods on display at the annual Musikmesse in Frankfurt, Germany, though tailored to industry insiders, are still pretty cool to the average stiff.

That applies to not just the electric guitars and bongos, which are natural attractions, but also to the wide assortment of stage stuff, from mixing boards and computer hardware to stage lights and sheet music.

&#8220;These products could be used in stadiums, theaters, night clubs, wherever loud speakers are needed,&#8221; said Bardy Hayes, an export sales manager for Superior Listening Systems, or SLS Audio.

Hayes spoke last month as he stood near a huge mixing board and a bank of SLS speakers, some of which are identical to the ones used in last year&#8217;s TV reality series, &#8220;INXS Rock Star.&#8221; His company sells speakers to not only bands and bar owners, but also to other organizations that wouldn&#8217;t readily come to mind.

On the other side of the exhibition hall, one of several pressed into service for the event, were companies showcasing stage lights and related wares. One of them was bocom, a German company based in D&#252;sseldorf.

Its push has been in the emerging field of LEDs, or light-emitting diodes. This new technology, which is more efficient, transforms electrical energy into light of a single color.

Most of the people who attend the show are members of the industry in some form or fashion. But on the last day of the Musikmesse, the doors are thrown open to the public. The busiest booths tend to be the companies that sell musical instruments, such as Gibson guitar and Pearl drums.

At the Gibson booth, scores of guitars hang on display. The most valuable axe, however, is locked inside a glass display case.

The guitar debuted last year at the Live 8 concert in Berlin, Garich said. It&#8217;s signed by about 60 people who took part in the show, among them Chris de Burgh, Brian Wilson and Claudia Schiffer.

While the annual show won&#8217;t come around until next spring, usually in the March-to-April time frame, this is one event an aspiring musician or club owner might want to check out. If nothing else, it&#8217;s a sensory overload.

And guys like Garich and Mike Truscott will do their best to keep their product front and center.