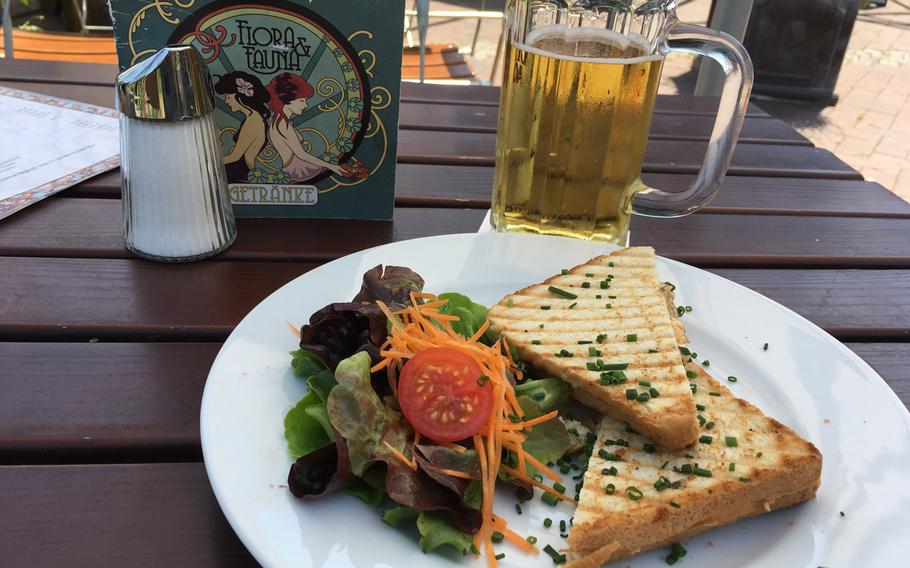 Flora & Fauna offers typical outdoor beer garden seating as well as tables indoors. The restaurant is open daily and has a reasonably priced menu. A Mediterranean sandwich with melted feta was the right thing to have with a cool beer on a hot Stuttgart day. (John Vandiver/Stars and Stripes)

Flora & Fauna offers typical outdoor beer garden seating as well as tables indoors. The restaurant is open daily and has a reasonably priced menu. A Mediterranean sandwich with melted feta was the right thing to have with a cool beer on a hot Stuttgart day. (John Vandiver/Stars and Stripes) 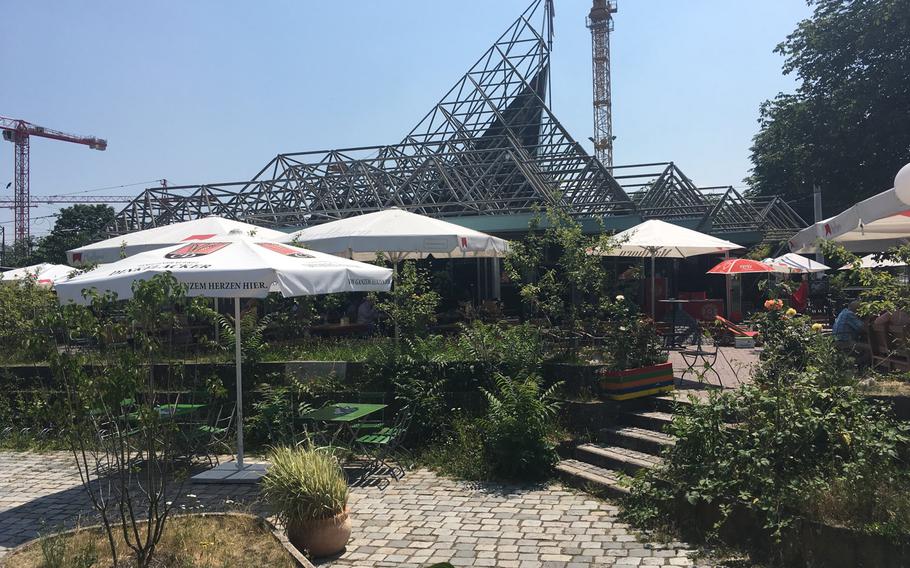 Flora & Fauna, a beer garden in Schlossgarten park in downtown Stuttgart, is an easygoing place to enjoy some down time on a hot day. The eatery is located on the park's north side. (John Vandiver/Stars and Stripes)

The thermometer was hovering around 90 degrees three days into a mini heat wave.

A summer swelter can hit an American hard in Stuttgart, a city renowned for its technological know-how yet seemly unable to figure out central air-conditioning.

What to do? Find a beer garden near you.

In Stuttgart, there are lots of places to drink a cold one outdoors under an umbrella.

A nice spot that is relatively new is Flora & Fauna, which was renovated a couple of years ago and sits along the northern section of Schlossgarten, the long greenway that runs through Stuttgart.

On a recent outing, I dropped by for a beer and a bite, parched and dripping with sweat.

The menu was typical for these types of eateries: various salads, simple sandwiches and a selection of warm dishes, such as pastas and Flammkuchen, a thin crusted pastry topped with cheese and bacon.

There also are plenty of adult beverages — cocktails, wine and beer on tap. Flora & Fauna has an indoor area as well, for rainy days and winter months. But during the summer, everyone is outdoors, enjoying the surrounding greenery in an otherwise bustling city. And, of course, the reprieve that a beer in the shade offers.

In Schlossgarten, the better known beer garden is the one that bears the park’s name, which is a short walk from the main train station. However a massive construction project known as Stuttgart 21 — one of the largest public works initiatives in Germany — is well underway and wreaking a little havoc. That means the Schlossgarten beer garden has lost some of its charm for now.

All the more reason to walk a little farther to Flora & Fauna, where the glaze brought on from a couple cold beers might make you stop longing for the arctic oasis that is air-conditioned America.

Flora & Fauna Location: 10 Am Schwanenpl, Stuttgart. The eatery is located on the north side of Schlossgarden park in downtown Stuttgart.

Prices: Most dishes are under $10.