Find a little Honolulu in the heart of Yokohama 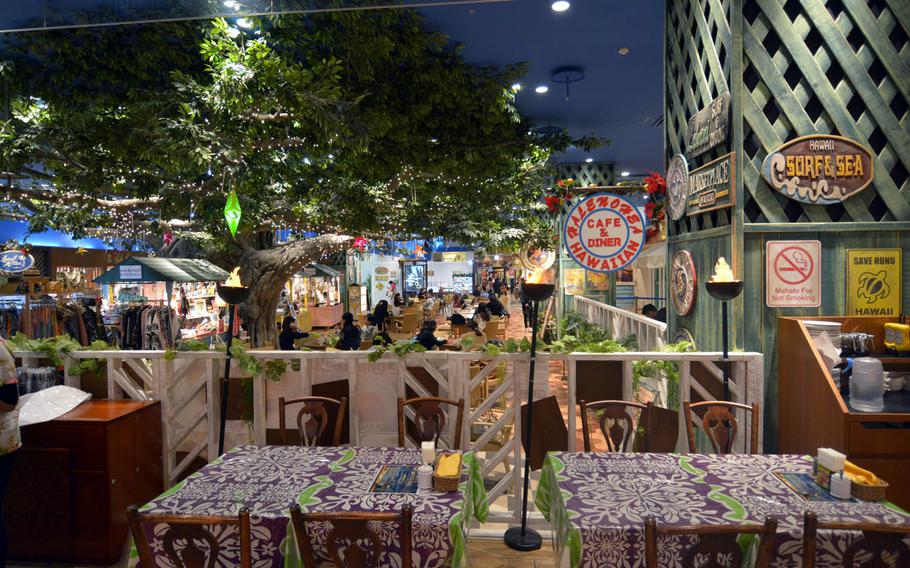 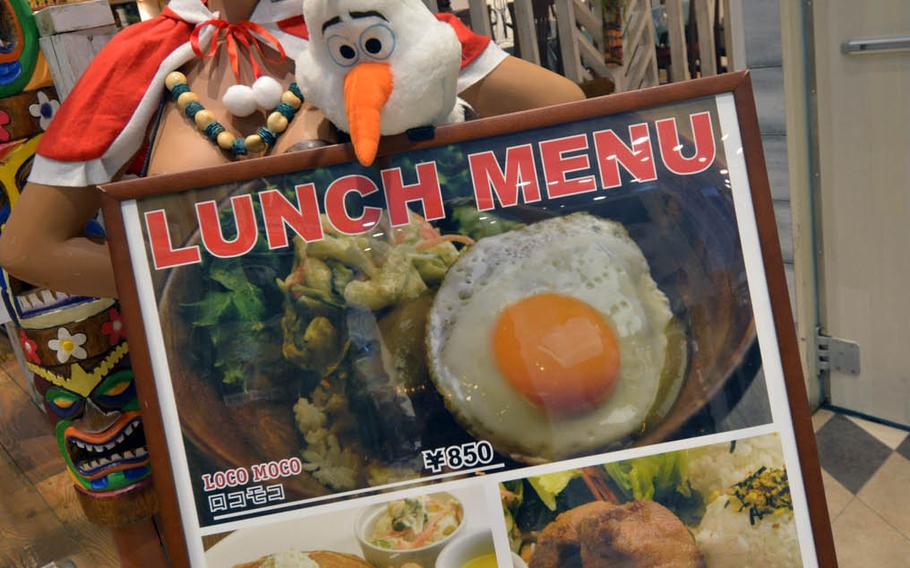 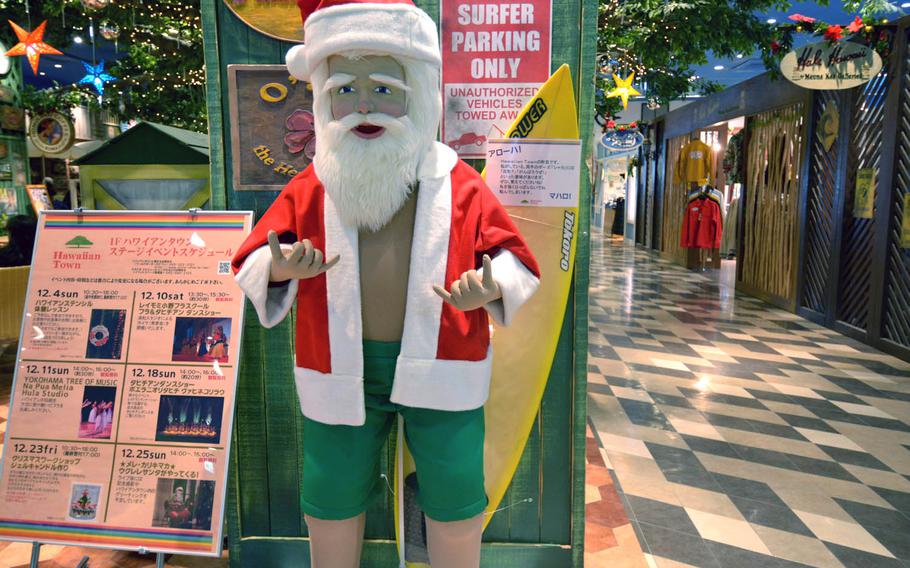 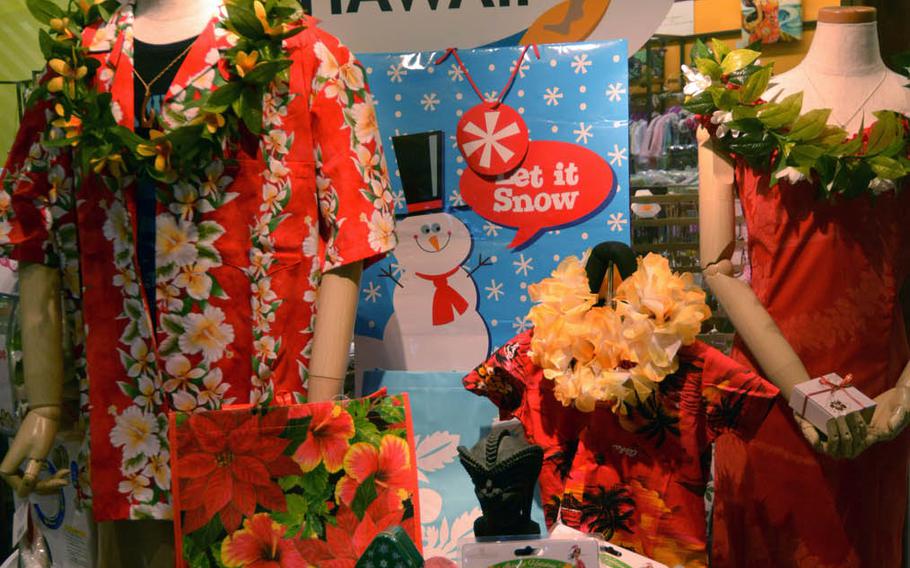 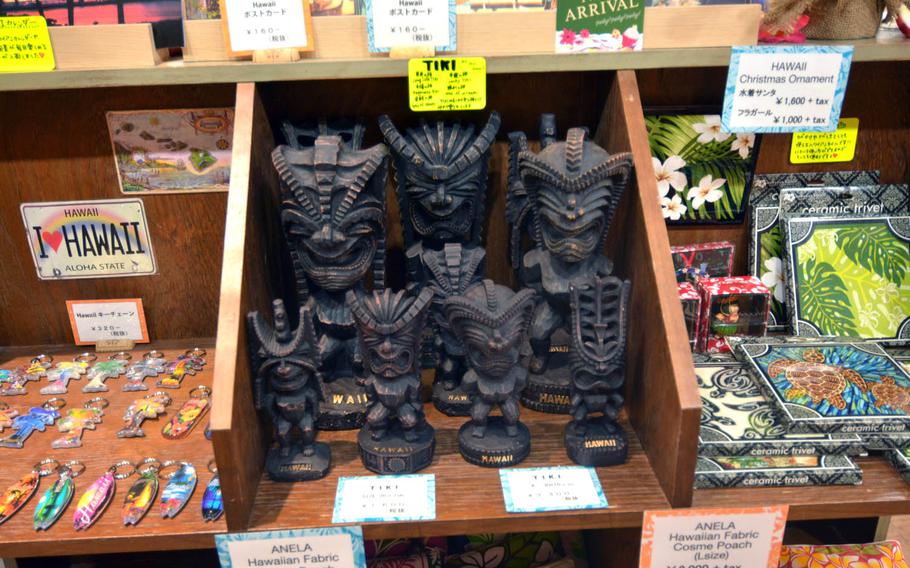 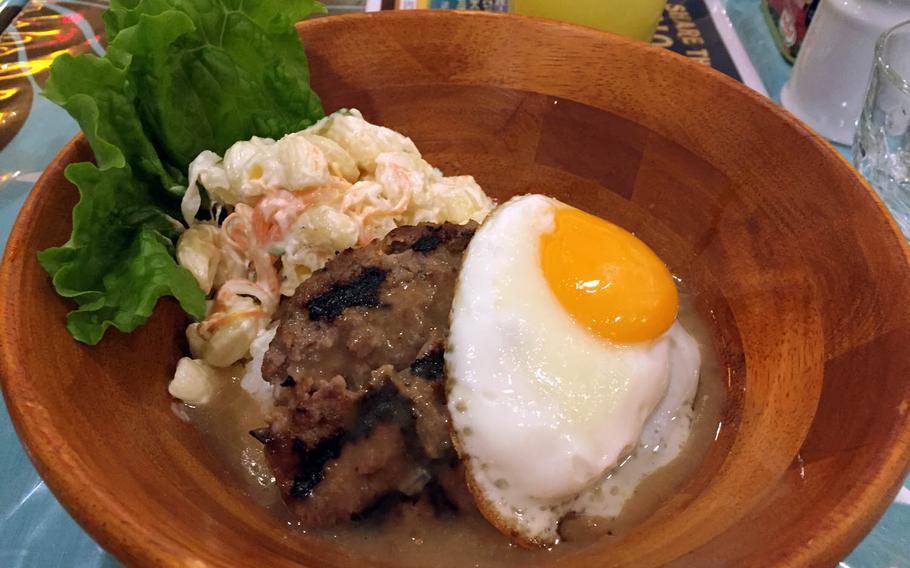 Want to catch some Hawaiian vibes in Japan without making a 4,000-mile trip across the Pacific?

Yokohama’s Hawaii Town isn’t home to Polynesian expats — it’s not even a real town — but it boasts enough island culture to satisfy most folks.

The shopping district in Yokohama’s Minato Mirai area includes 16 stores and eateries with a Hawaiian theme. Photographs of early 1900s Hawaii adorn the walls, and surfboards are displayed in the hallways.

Many Japanese people value quality in foreign goods, so most items for sale here are more tasteful — and expensive — than the tacky souvenirs you might expect elsewhere. Seashell necklaces, for example, can cost as much as $700, while knit sweatshirts sell for up to $60.

Hungry visitors can try one of several takeout counters at Hawaii Town; however, the dining centerpiece is the Halenohea Hawaiian Cafe and Diner. This sit-down restaurant’s tropical menu is all Hawaiian. Food is served in wooden bowls and consumed with wooden utensils.

I tried the Loco Moco, a popular dish in Hawaii consisting of white rice topped with a grilled hamburger patty, a fried egg and brown gravy. It might be an unusual taste for Americans not used to pairing starchy rice with grilled food, but I found it quite tasty.

Looking for after-dinner coffee or dessert? Leonard’s, a Honolulu-based franchise, sells the Malasada for 300 yen (about $2.65). The Portuguese take on the donut consists of an egg-sized ball of dough, deep-fried and coated in sugar.

You can grab a fresh cup of Joe at the nearby Honolulu Coffee.

There is an open-seating area in the middle of the shops, and takeout food or drinks are allowed so everyone can have their pick and still sit together.

Directions: On the first floor of the World Porter’s building, which is a 10-minute walk from Sakuragicho Station or Bashamichi Station in the Minato Mirai area of Yokohama.