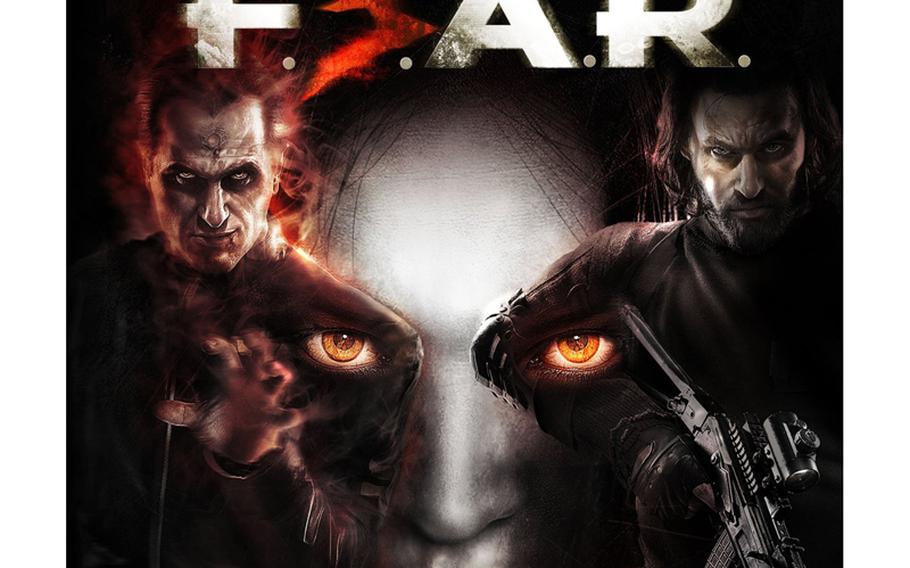 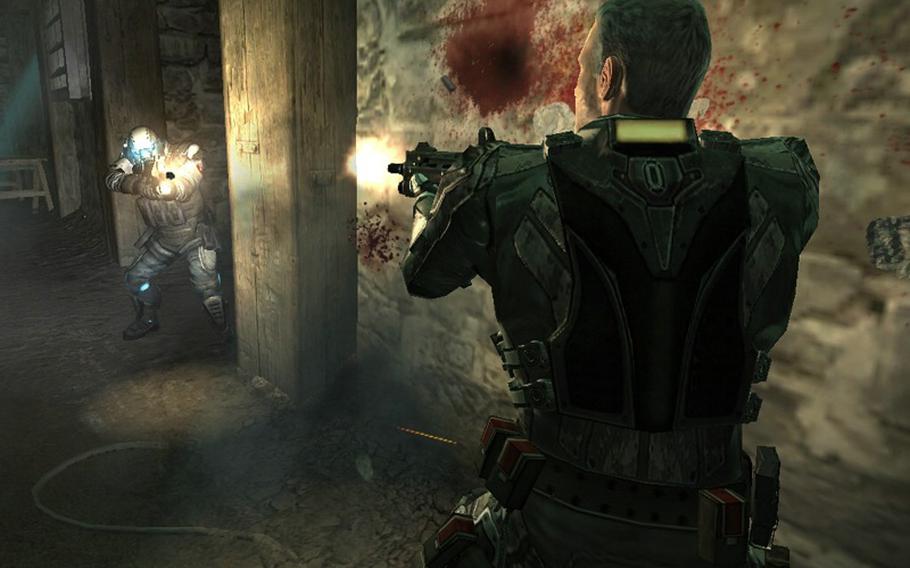 In the latest M-rated shooter &#8212; which was developed by Day 1 Studios for Warner Bros. &#8212; the family is together again, although only one of them is actually alive in a human sense of the word.

In the single-player campaign, you start off playing as Point Man. He has uncanny combat skills and can even slow down time, which made him a key member of First Encounter Assault Recon, a team that tackles missions involving the paranormal.

The game unfolds nine months after the first two episodes of &#8220;FEAR.&#8221; Point Man is rotting in an asylum run by the evil Armacham corporation while the city of Fairport reels from the psychic disturbances unleashed by Alma. The ghostly Fettel appears to Point Man and helps him break out of the prison with the intention of finding their transdimentional mother, who got herself pregnant again at the end of &#8220;FEAR 2.&#8221; Fettel and Point Man make a very odd couple, but one that&#8217;s very fun to play.

When playing as Point Man, the single-player campaign comes across as a plain-and-simple shooter. Creepy brother has plenty of advice and commentary &#8212; which is good since Point Man never says anything &#8212; but he doesn&#8217;t really affect the bulk of the game. Once you finish a mission, you unlock the ability to play it as Fettel, who has some cool psychic powers, such as levitating enemies or possessing their bodies and using their abilities and weapons. However, even that isn&#8217;t really anything new to gamers.

What&#8217;s truly fun is the ability to play co-op and use both brothers&#8217; abilities in tandem. For example, Fettel can levitate an enemy and Pointy can shoot him. You can play co-op either online or split-screen.

Once you&#8217;ve played through the story once, it becomes very apparent that the game is designed primarily for co-op and online play.

While the storyline does a good job of outlining the brothers&#8217; backgrounds and advancing the action, it is way too short. I was shocked when the game ended after only eight missions. This brevity is probably why the game isn&#8217;t nearly as suspenseful and creepy as the earlier episodes. Sure, some freaky things jump out at you and Fettel says and does some disturbing things, but this edition leans far more toward the shooter genre than the horror genre.

To encourage repeat play in all modes, the game keeps score, a big plus for many gamers. It tracks kills and the results of a wide range of challenges, such as making kills with specific weapons or shooting levitated foes. It even encourages a little sibling rivalry during the co-op mode by using these scores to designate a &#8220;favorite son&#8221; at the end of each mission.

On the technical side, the game doesn&#8217;t offer anything stellar but there aren&#8217;t any major flaws, either. The controls work smoothly, the graphics are good enough and the artificial intelligence is decent. The game rates an M for its large dose of gore.