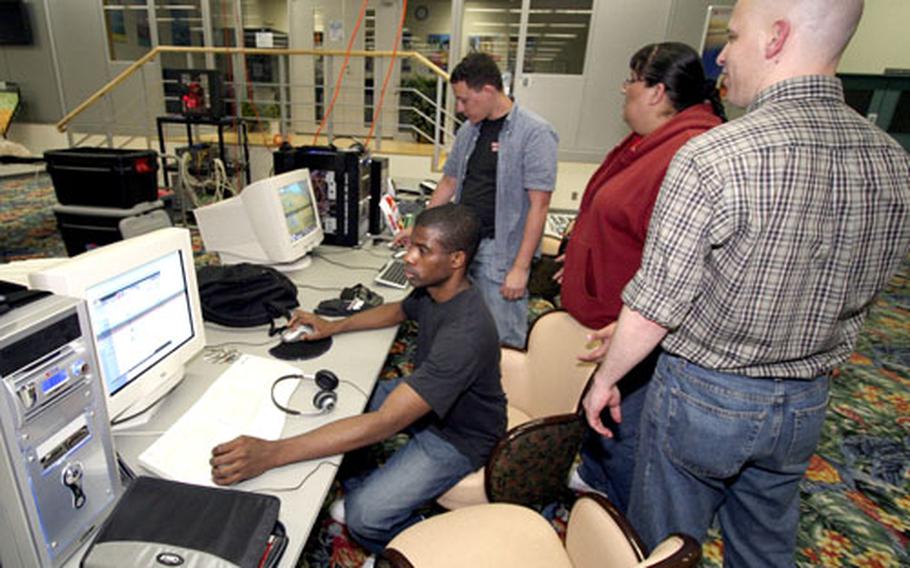 Computer Users Group of Yokota members wage battle in the video game world during a LAN party at the Yujo Recreation Center on Yokota Air Base, Japan. (Photos courtesy of Scott Champion)

Computer Users Group of Yokota members wage battle in the video game world during a LAN party at the Yujo Recreation Center on Yokota Air Base, Japan. (Photos courtesy of Scott Champion) 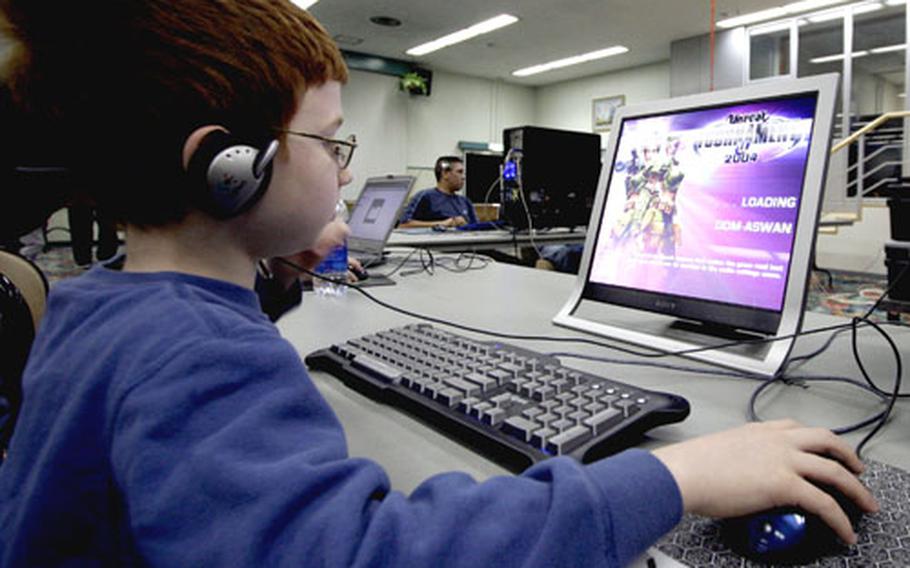 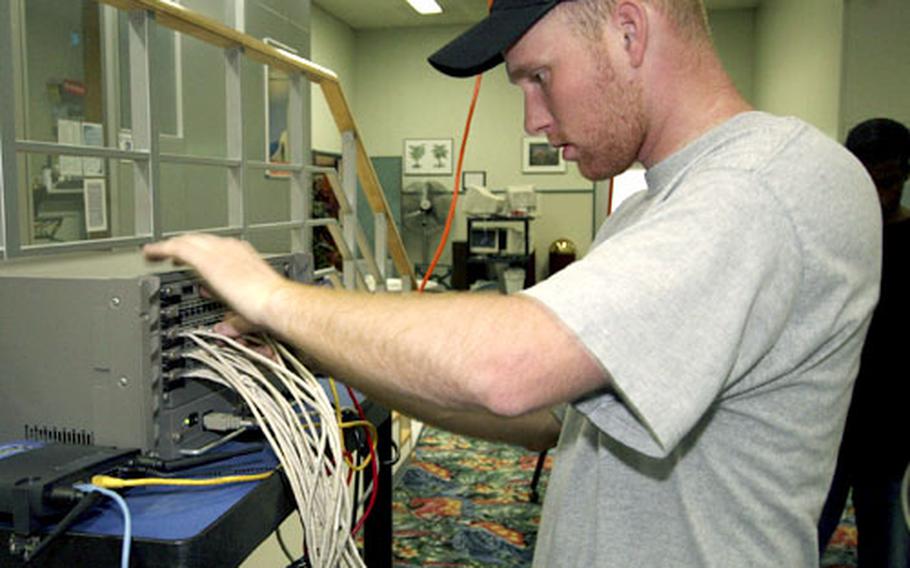 Staff Sgt. Michael Roszkowski of the 374th Communications Squadron helps set up for a CUGY LAN party on Yokota Air Base, Japan. ()

Since the arrival of high-speed Internet about three years ago, the Computer Users Group of Yokota has seen a steady dip in participation at its LAN parties.

Weekly gatherings used to attract more than 40 gamers. They&#8217;re staged roughly once a month these days at the Yujo Recreation Center, and attendance might be half that figure &#8212; but only on a good night.

According to Sanders, CUGY&#8217;s roots date to 1979, when several guys would meet at Yokota&#8217;s Skills Development Center to talk about routers. Over time, the technical discussions gave way to games. He said members still engage in that &#8220;sharing of local knowledge,&#8221; even encouraging newcomers to solve home computer problems by hauling parts to a party.

The group has about 20 active members and another 20 who&#8217;ll make less-frequent appearances. People from as far away as Yokosuka Naval Base and Naval Air Facility Atsugi have attended.

As a private base organization, CUGY conducts periodic fund-raisers to help pay for club monitors and equipment, most of which is stored at the Yujo. Players may bring their own gear as well.

Occasionally, someone takes off for the Base Exchange in the middle of a party to purchase the &#8220;hot item of the week,&#8221; Sanders said.

Other bases around the world have similar clubs. For example, Aviano PC Wars sets up about once a month at the community center or the Army and Air Force Exchange Services foot court on Aviano Air Base, Italy. For further info, check www. avianopcwars.com.

Back at Yokota, 1st Lt. Charles Gilbert of the 374th Communications Squadron has belonged to the club for about a year.

Senior Airman Korlacan Khanthavilay, also of the 374th Communications Squadron, is expected to take over as the group&#8217;s president when Sanders leaves Yokota early next year. He says he joined a year ago after spotting an online ad.

CUGY members decide how often parties are held in a vote on the group&#8217;s Web site at http://cugy.net/. All Kanto Plain residents, including Japanese locals, are welcome and there&#8217;s no fee to join.