A sign advertises the exhibit, "The Swabians: Between the Myth and the Brand," which runs until April 26, 2017, and features hundreds of artifacts. (John Vandiver/Stars and Stripes)

A sign advertises the exhibit, "The Swabians: Between the Myth and the Brand," which runs until April 26, 2017, and features hundreds of artifacts. (John Vandiver/Stars and Stripes) Here, the courtyard of the Landesmuseum Wuerrtemberg is being decorated for the Christmas season. (John Vandiver/Stars and Stripes) 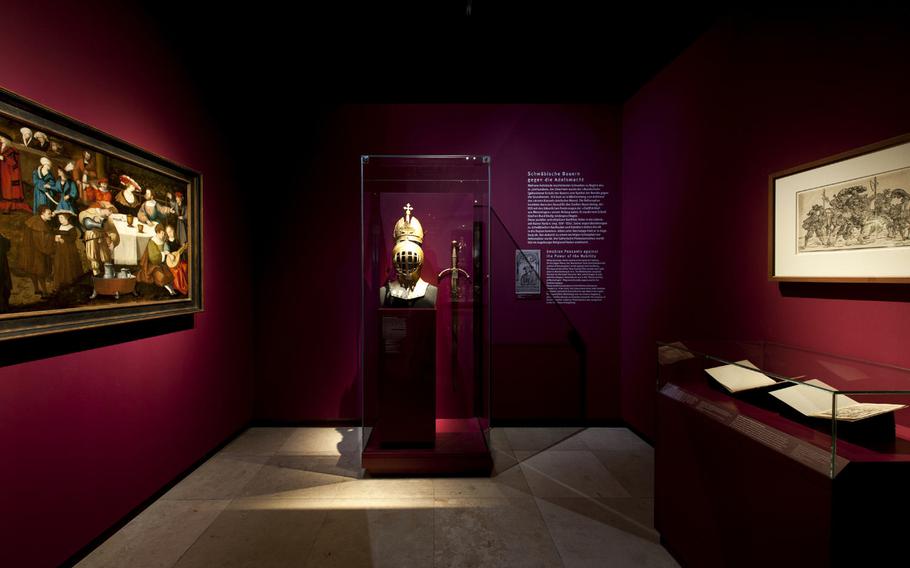 Among the items on display at the Landesmuseum Wurttemberg is this piece of knights armor and a sword, dating to the 1500s. (John Vandiver/Stars and Stripes) 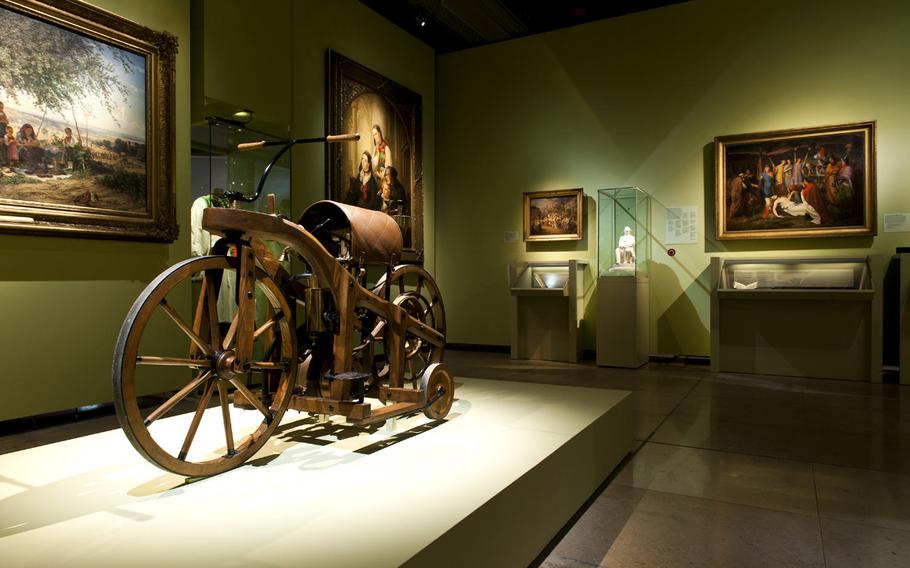 There are more than 300 Swabian-themed artifacts on display at the Landesmuseum Wurttemberg, the state museum of greater Stuttgart. The exhibit offers a wide range of art work and cultural icons of the region known as Swabia. (John Vandiver/Stars and Stripes)

The Germans are a tribal people.

So said a German friend of mine, explaining the ways of the so-called Swabians when I first moved to Stuttgart a number of years ago.

It struck me as odd that the inhabitants of a country smaller than the state of Montana could be very different from one region to the next. But many locals insist it is so.

A new exhibit at the state museum in Stuttgart, housed in the prominent Old Castle building downtown, is an ode to one “tribe” in particular: the Swabians.

For servicemembers stationed in the greater Stuttgart area, it’s worth a visit if you want to learn a little more about your neighbors — the inhabitants of a swath of southern Germany.

The exhibit, translated into English as “Swabians: Between the Myth and the Brand,” explores the history of the regions as well as the characteristics and stereotypes of the people, many of whom speak in a dialect almost unintelligible to Germans from other areas.

Swabia is an area without actual boundary lines, but is generally regarded as the section of southern Germany that stretches across most of Baden-Wuerttemberg and parts of Bavaria.

What sets the Swabians apart? Chancellor Angela Merkel says the thriftiness of the region’s housewives.

At the start of the global financial crisis in 2008, Merkel said big bankers “should have just asked a Swabian housewife” how to manage their money.

One section of the exhibit is dedicated to the German housewife, celebrating a reputation for cleanliness with old brooms, aprons and the like. It probably has more to do with yesteryear than the life of contemporary spouses. But many insist, Swabians, man and woman alike, are all about order, cleanliness and frugality.

The exhibit features a range of artifacts from throughout the region’s history, including sculptures and paintings. A sword and armor of a knight from the Middle Ages also are on display. (Unfortunately, taking photos inside the museum is not allowed.)

The main displays have descriptions in English, and there is also an audioguide that provides more details.

A small part of the exhibit examines the Nazi period and how the stereotype of the Swabian served as propaganda for extolling the virtues of the ideal German — industrious, self-reliant and attached to the land. There are several paintings of farmers that were used as propaganda at the time, as well as historical pictures of Stuttgart during the war and its aftermath. One picture shows Adolf Hitler leading a parade down Koenig Strasse, with the city’s iconic main station in the background and residents lined up with arms raised.

There are plenty of lighter topics and displays, including an Andy Warhol piece featuring a series of Mercedes cars — the automaker is based in Stuttgart — and a section focused on the unique food of the region, such as Spaetzle and butter pretzels.

The museum is inside Stuttgart’s Old Castle in the center of downtown at Schillerplatz 6, 70173, just across from the New Palace. There is limited street parking, but several parking garages are in the area.

Restaurants and cafes are plentiful in the area.