Exhibit in Ludwigsburg recalls US troops in Germany 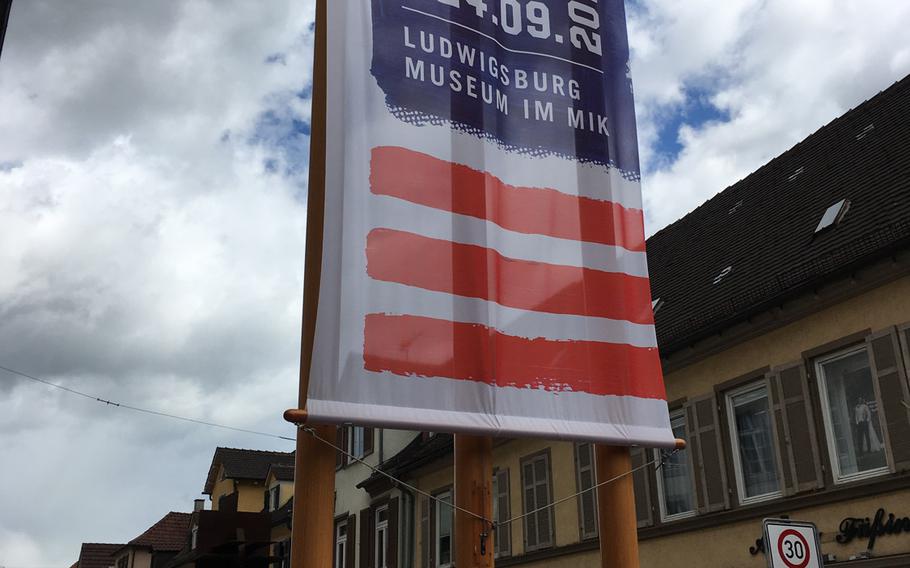 The city museum in Ludwigsburg is holding an exhibit that commemorates the U.S. Army's history in the southern German city, which lasted nearly 50 years and ended in 1993. the exhibition includes photos and memorabilia from the old barracks in town. (John Vandiver/Stars and Stripes)

The city museum in Ludwigsburg is holding an exhibit that commemorates the U.S. Army's history in the southern German city, which lasted nearly 50 years and ended in 1993. the exhibition includes photos and memorabilia from the old barracks in town. (John Vandiver/Stars and Stripes) 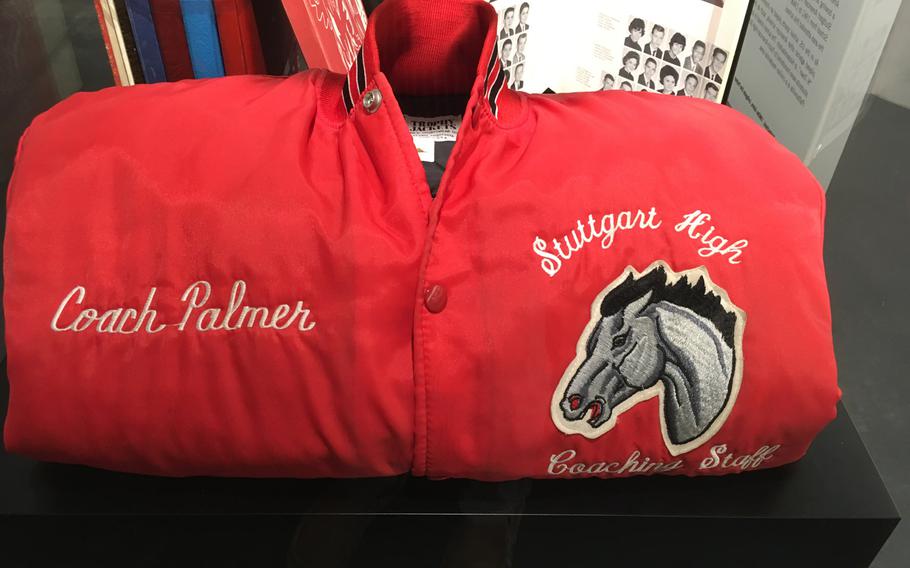 Though it was technically outside of Stuttgart, the high school that servced the former garrison in Ludwigsburg was known as Stuttgart High School. The "Little America" exhibit at Ludwigsburg's city museum showcases items like a jacket from the former football coach along with old year books. (John Vandiver/Stars and Stripes) 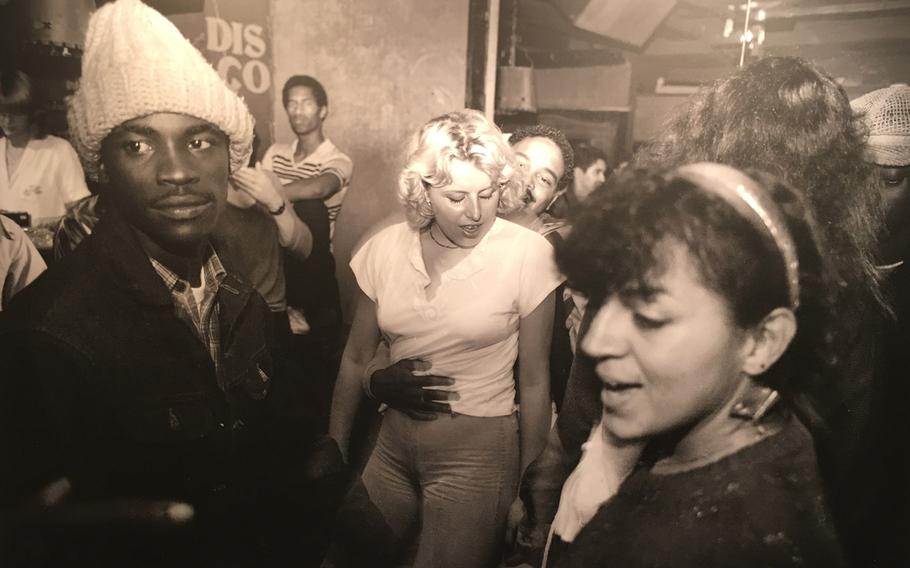 Included in the exhibition at Ludwigsburg city museum are photos from the early 1980s, which showed what life was like on and off post. While the military community was known to spend much of its time behind garrison walls, young soldiers liked to mingle at the local disco. (John Vandiver/Stars and Stripes) 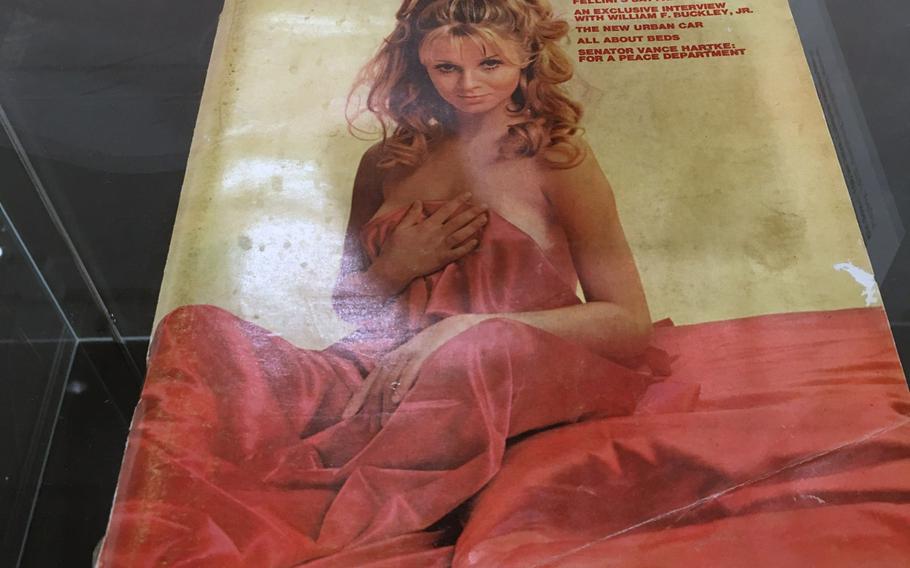 In 1970, a Playboy magazine cost $1 and was popular reading material among the soldiers. (John Vandiver/Stars and Stripes)

The traces are long gone, but for nearly 50 years the city of Ludwigsburg, Germany, hosted thousands of U.S. soldiers until the end of the Cold War.

Perhaps feeling nostalgic, the city museum is looking back at the old days, when GIs roamed about and the barracks that housed them were known as Little America.

The museum, located in downtown Ludwigsburg along Eberharstrasse, seeks to remind visitors of the role Americans played in the town during the post-World War II period. The special exhibit, “Little America,” runs until Sept. 24. For the military community that remains in Germany, a visit offers a reminder of how big and sprawling the U.S. presence once was in Germany.

Though Ludwigsburg wasn’t a major military hub, but rather a satellite installation to the larger bases in nearby Stuttgart, its barracks and units were like the many scattered around western Germany during the Cold War, when 300,000 servicemembers were based in Europe.

The exhibition showcases pictures as well as pieces of memorabilia and artifacts, such as old uniforms and love letters from soldiers who had redeployed to the U.S. to their German girlfriends left behind.

The highlight is a collection of photos taken by prominent German photographer Jurgen Schadeberg, who in 1981 visited the barracks in and around Ludwigsburg to document what was known as “Little America.” Then, like now, many Americans stationed in Germany tended to isolate themselves from their German hosts, hunkering down on bases, shopping and socializing with their on-post neighbors.

For Germans, that only added to the curiosity. Schadeberg’s photo essay sought to show what life was like on base. At the time, the pictures were published in the Zeit, a prominent magazine. The exhibit features large framed versions of the photos. A defining aspect of “Little America” was its schools with a heavy focus on high school culture and the role sports play in the community, much like today.

There also are pictures of soldiers off-post, enjoying the night life as they dance with locals at the disco.

The exhibit makes note of positive and negative aspects of the American presence. On one hand, it was a living example of the American way of life that helped play a role in the democratization of Germany as it came out of World War II. On the other, young troops also were known to get into trouble, with fights and drug-related crime that were perhaps a sign of the times, especially during the 1970s.

By 1993, all the soldiers in Ludwigsburg were gone. Their barracks were redeveloped into commercial and residential properties, leaving little trace.

The city museum is easy to overlook when visiting Ludwigsburg, which is best known for its Baroque-era palace that remains one of the largest in Germany as well as palace gardens that attract visitors from all over.

Given how small the exhibit is, it might not be worth making it the single purpose of a visit to Ludwigsburg — the exhibition can be viewed in about 15 minutes. But if you’re in town to visit the palace, it is worth stopping off at the city museum for a small slice of the Army’s history in Germany.

And best of all, it won’t cost you. Entrance to the “Little America” exhibit is free.

The special exhibit “Little America” runs until Sept. 24. Hours are 10 a.m. 6 p.m. Tuesday-Sunday. The exhibition can be viewed in about 15 minutes.

There are plenty of restaurants and cafes nearby.