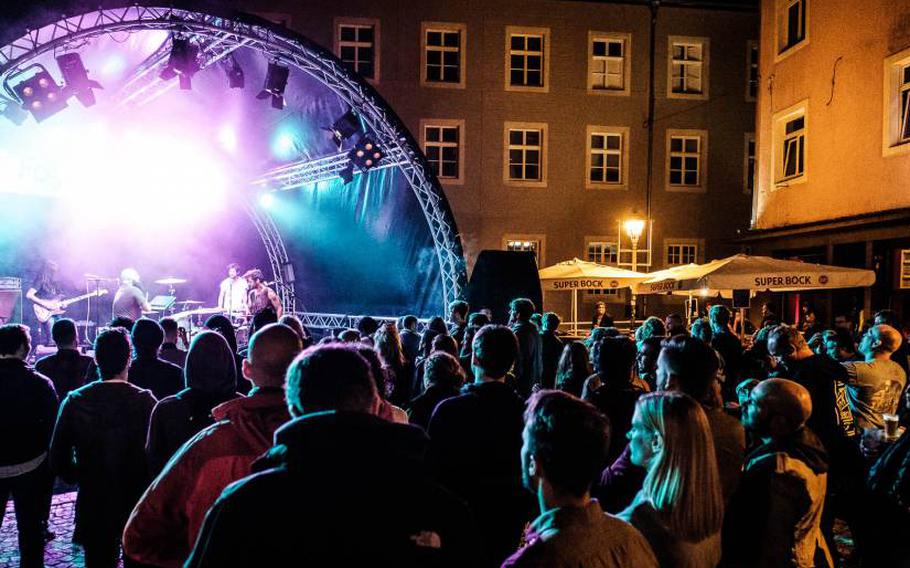 Kieler Woche/Kiel WeekLocation: Kiel, GermanyDates: June 16-24 For festivities with a nautical flair, head to what’s billed as Northern Europe’s largest summer festival, which attracts some three million visitors annually. The agenda brims with around 2,000 events in the areas of culture, entertainment and sailing competitions. Admission: FreeOnline:www.kieler-woche.de/en

Lebendinger NeckarLocation: Mannheim to Eberbach, GermanyDate: June 17 (11 a.m.-7 p.m.) Once the 35-mile stretch of highway running alongside the Neckar River has been closed off to traffic, cyclists and hikers will come out to enjoy nature, food, drink and entertainment in the communities along the route. Trains and buses are ready to ferry weary cyclists back to their starting points.Admission: FreeOnline:www.lebendigerneckar.de

Taste of DublinLocation: Iveagh Gardens, Dublin, IrelandDate: June 14-17 This food lover’s feast offers the chance to create a personalized tasting menu from the exquisite signature dishes served by chefs from from Dublin’s hottest restaurants. This year’s theme, “Food Lovers Playground,”offers a playful twist to the event. Interactive demos, master classes, culinary talks, beer and wine tasting and an artisan’s market round out the agenda.Admission: Visitors opt to attend either afternoon or evening sessions and purchase a ticket to attend at that particular time; standard tickets cost 29.50 euros. Signature dishes are purchased separately with the event currency known as a florin; these cost 4-7 euros.Online:https://dublin.tastefestivals.com/

Palio di San Ranieri/The Regatta of San RanieriLocation: Pisa, ItalyDate: June 17 Each year on the feast day of San Ranieri, four teams representing the ancient districts of Pisa face off in a boat race on the Arno River. The ten-man crews must row their craft against the current along a 1.5 km stretch of the river to the finish line by the Palazzo Medici. Before a team is declared the winner, one of the boat’s crew must climb a mast and capture the city’s banner from its heights.Admission: FreeOnline:www.discovertuscany.com/pisa/regata-san-ranieri.html

Open Garden DaysLocation: Museum Van Loon, Keizersgracht 672, Amsterdam, NetherlandsDates: June 15-17 (10 a.m.-5 p.m.) Each year in June, more than 30 of the city’s normally hidden gardens open their doors to the public. The theme of this year’s edition is garden design.Admission: Tickets bought online in advance cost 18 euros; those at the door go for 20 euros. One ticket is valid for all three days, and each garden can be visited only once.Online:www.opentuinendagen.nl

Flag DayLocation: Scheveningen, NetherlandsDate: June 16 Each year in June, this pleasant seaside spa town just outside of The Hague celebrates the first catches of the new herring, considered to be at their most delicious this time of year. It’s also a day of celebrating local traditions, so expect sing-alongs, games of yesteryear and traditional crafts.Admission: FreeOnline:http://www.holland.com/global/tourism/plan-your-holiday/events-in-holland/flag-day.htm