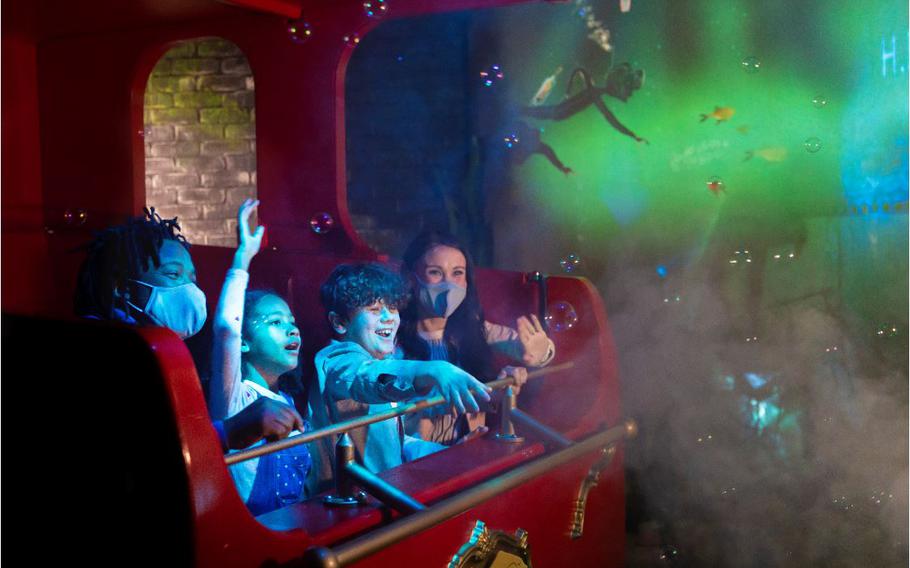 Although most theme parks across Europe remain shuttered at present, the hive of behind-the-scenes activity needed to keep such facilities fresh, unique and appealing to visitors continues apace. While it’s still too early in the season to predict the form in which parks will be allowed to welcome guests in the summer season of 2021, thrill seekers and families in search of all-ages fun can whet their appetites for adventure with a peek at these coming attractions.

BelgiumWalibi Belgium, Wavre: Kondaa is a name of a steel coaster which at its debut shall be the highest and fastest coaster in the Benelux lands. The mega-coaster will stand 164 feet tall, reach top speeds of 70 mph and offer 15 airtime experiences. It will also feature the world’s first non-inverting cobra roll element. The serpent-inspired ride is the showpiece of a brand new Africa-themed section of the park. Online: walibi.be/en

EnglandAlton Towers, Alton, Stoke-on-Trent: The children’s book Gangsta Granny inspired a comedy TV film of the same name; now, other scenarios and characters from the pen of the book’s author David Walliams serve as the inspiration for a new themed area of the Alton Towers Resort. The centerpiece is Gangsta Granny: The Ride!, a 360° special effects-laden ride simulating a mad dash through sewers in an attempt to break into a vault containing the crown jewels and get away before being caught by the Feds. The area’s other attractions include the Royal Carousel and Raj’s Bouncy Bottom Burp. Die-hard fans of the book can even book a Gangsta Granny-themed room at the Alton Towers Hotel. Online: tinyurl.com/36uyn3dw

The Disney Junior Dream Factory will offer young visitors the chance to see their favorite characters sing and dance in an interactive, 20-minute musical show staged in a brand new theater. The production features both timeless classic characters including Mickey Mouse and Minnie Mouse and rising stars such as Fancy Nancy and Vampirina. Online: tinyurl.com/5sj86bzb

Overnight visitors can enjoy a stay at the resort’s “Hotel New York – The Art of Marvel,” the first hotel dedicated entirely to Marvel art. The property will feature a lobby done up in massive black-and-white comic book-style art; the Manhattan Restaurant with a large ceiling sculpture evocative of the fictional realm of Asgard; and the Skyline Bar, with the Avengers Tower featuring in its panoramic views. Online: tinyurl.com/4uzedf39

GermanyMovie Park Studios, Bottrop: Movie Park Germany celebrates its 25th anniversary with the unveiling of a roller coaster based on a visit to a Hollywood movie set. The Multi Dimension Coaster, ready to ride in the spring of 2021, will be Europe’s first double-launch indoor roller coaster and its first to accelerate backwards. As visitors wait to board, a themed show immerses them in the glamorous world of Hollywood. The ride reaches speeds of 37 miles per hour and passes through 12 different scenes based on famous films. The attraction is geared to all ages and features a 360-degree rotating platform, multimedia elements, and sound and special effects. Online: tinyurl.com/2yssynum

Europa-Park, Rust: Europe's second-most visited theme park after Disneyland Park continues to expand its Rulantica Water World offerings. This past autumn saw the opening of the Hyggedal sauna and relaxation zone, a vast, Nordic-themed oasis featuring saunas and an outdoor terrace. Other attractions in the works include the Snorri Snorkling VR experience in which visitors equipped with VR diving goggles and a snorkel can explore underwater realms in the company of Rulantica’s cheery octopus mascot. In early summer, Svalgurok will become Germany's largest outdoor water playground, with more than 100 different options for play and a gigantic slide tower featuring a wave slide and tipping bucket. Snorri Strand will offer splashy slides and water fun for the park’s smallest of visitors. Online: europapark.de/en/rulantica

ItalyGardaland, Castelnuovo del Garda, Verona Province: Should all go to plan, mid-May will see the opening of LEGOLAND® Water Park Gardaland. This will represent Europe’s first LEGOLAND®-branded water park and LEGOLAND®’s first to be built within an amusement park of a different brand. Amongst the water park’s attractions are Miniland, an area featuring replicas of Italy’s most famous landmarks; LEGO® River Adventure, offering riders the chance to personalize their rafts with floating bricks; Beach Party, with colorful slides for entry-level thrill seekers; DUPLO® Splash, featuring representations of aquatic animals from the far corners of the earth; and DUPLO® Water Works, where budding engineers can build bridges, dams and cities.