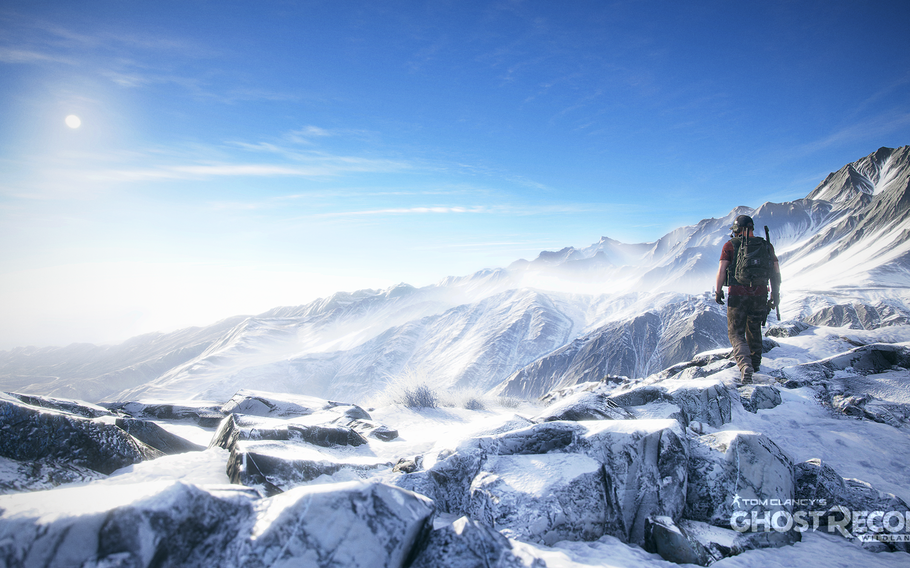 "Ghost Recon: Wildlands" from Ubisoft, is a better than average romp through a variety of explosive locations. (Ubisoft)

"Ghost Recon: Wildlands" from Ubisoft, is a better than average romp through a variety of explosive locations. (Ubisoft) 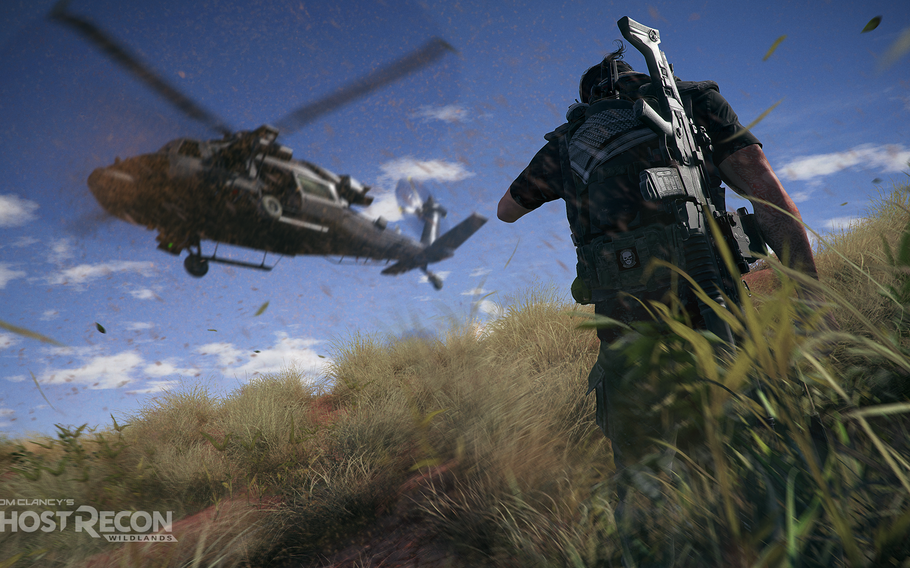 "Ghost Recon: Wildlands," out now for a variety of platforms, combines some of the best elements from Ubisoft's more recent titles. (Ubisoft)

“Ghost Recon: Wildlands” packages elements from a variety of Ubisoft franchises. It includes the squad-based combat of “The Division” and “Rainbow Six.” And it offers the wide-open world packed with interesting people, locations and missions of “Far Cry.” But it seems the only thing that comes from previous editions of “Ghost Recon” is the name. The “Ghosts” of yore were astute tacticians who used the latest technology to give themselves an edge over their foes. In “Wildlands,” the operatives don’t use much more than a small drone, and tactics can be thrown to the wind. As a result, “Wildlands” feels more like a cooperative version of the adventure game “Far Cry” than previous versions of “Ghost Recon” or Ubisoft’s other shooters.

But that’s not a bad thing if you’re looking for an expansive shooter to play with a friend or three. While it might not offer the tactical sophistication of Ubisoft’s recent action titles, it offers more depth than “Rainbow Six Siege” and more diverse content than “The Division.”

In “Wildlands,” you play as an American special operator assigned to take down El Sueno, a cocaine kingpin in Bolivia. To accomplish this, you need to undermine a sprawling network of producers, distributors, security operatives and influence peddlers. Initially, you’ll need to eliminate a variety of lower-level criminals by working your way through a series of missions that end with your team killing, capturing or co-opting each of your targets. You then work your way through the network and up the ranks. The missions range from frontal assaults to assassinations and from hacking to robbery. Although some missions demand you accomplish your task without detection, there’ s usually no penalty for ensuring your secrecy by killing everyone in the joint. Aside from the missions that demand stealth, “Wildlands” lets you tackle your assignment any way you like. You can use your drone to scope out the area and soften the target by taking out a few enemies on the edges before moving in for the kill. Or you can rush in with guns blazing in a wild free-for-all. Overall, the missions can be very satisfying – although you might want to kick up the difficulty a notch if your friends know what they’re doing. If you’re feeling a little antisocial, the console will supply you with three squadmates that you can order around. In that case, you can sit back and play drone pilot and order your squad to do the heavy lifting for most of the mission. They do reasonably well once you learn their strengths and limitations.

Each of the villains is linked to a specific region in the Bolivian countryside, which ranges from snow-capped peaks to lush rainforest.

In addition to the story missions, each region is filled with side missions that provide new weapons and resources that are used to upgrade your gear and abilities. Other missions strengthen the Bolivian rebels who will fight by your side. If you want to be able to face late-game foes, you’ll want to boost your strength by tackling a lot of the side missions.

“Wildlands” delivers a much deeper plot than most open-world games. And, while the characters are rather one-dimensional, they are interesting. However, the technical aspects of the game aren’t quite as strong.

The graphics are relatively lackluster – more on par with the previous generation of consoles. It’s also pretty common to witness visual glitches. For example, wounded friends will fall half inside and half outside a house and you’ll need to figure out which half needs to be healed. Or weapons of fallen foes will float in mid-air. Vehicle controls are very sloppy, which is bad since you spend a lot of time driving, riding or flying. Cars are difficult to keep on the road except at low speeds. Helicopters and airplanes are prone to bobbing and weaving. And motorcycles are so finicky that they’re practically undrivable. I also got my character stuck in glitched areas of forest and mountainsides several times. The game earns a hard mature rating for violence, crude language and gruesome depictions of the drug lords’ victims. “Wildlands” definitely suffers from technical flaws and it feels a bit dated in the wake of Ubisoft’s other co-op shooters. However, the missions can be a lot of fun, especially if you have the right team fighting by your side.Bottom line: B-Platforms: Xbox One, PlayStation 4, PCOnline:https://ghost-recon.ubisoft.com