Games let you step into the big-screen action 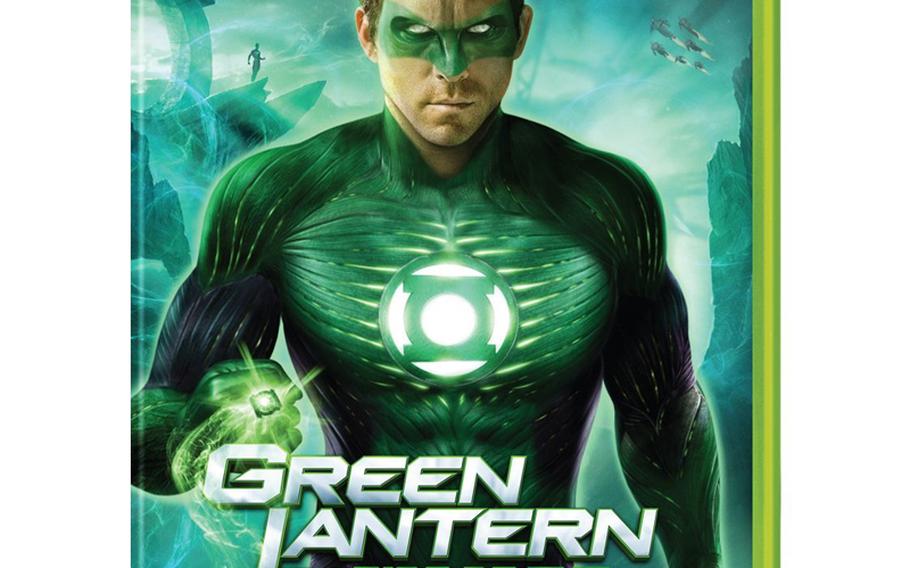 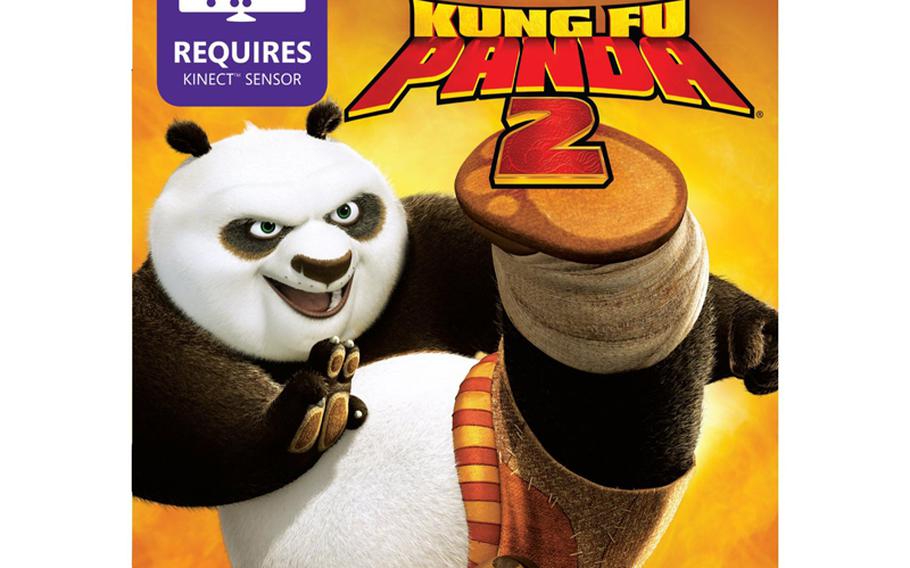 In an age when movies use computer animation as much or more than games it&rsquo;s no surprise that big ticket flicks get the interactive treatment.

Whether its superheroes, super ninjas, or supercars, movies geared towards action, humor and younger audiences make the easiest game adaptations. Most will find their way into the homes of pint-sized fans who just want to expand their experience with the film&rsquo;s alternate universe, not because the game receives high praise. If ever there was a formula for a subpar, rushed development process, this would be it. For three games based on three box office hits in 2011 (&ldquo;Kung Fu Panda 2,&rdquo; &ldquo;Green Lantern: Rise of the Manhunters&rdquo; and &ldquo;Cars 2&rdquo;), that&rsquo;s mostly the case.

Movie games almost always succeed on their charm, and &ldquo;Kung Fu Panda 2&rdquo; for the Xbox 360 has it in spades. It follows Po (voiced by Jack Black) and all the other memorable characters from the film, such as the Furious Five, Shifu, Master Croc and Master Bull, as they rid the land of the pesky wolf and Komodo dragon contingent following the events of the film. Don&rsquo;t expect anything else from the story, because it&rsquo;s not that, which is alright since the real star is the first solid attempt at Kinect Kung Fu.

The player is Po and Po is the player&rsquo;s guide &mdash; an odd pairing of roles but one that works well from the first bow to the final blow. The learning curve is mercifully slow, teaching how to punch, kick, jump, block, call in aid from Tigress and crew (using Kinect&rsquo;s voice recognition technology) and assume a fighting stance. It&rsquo;s not one to one (a dying dream, at best) in tracking player movement, but it requires wide and drastic enough motions that there are few input hiccups. Like every Kinect game, when the character ducks instead of strafing, it&rsquo;s frustrating, but minimized here better than the majority of Kinect titles.

Players won&rsquo;t just use their limbs to fight off hordes of increasingly tough critters, though. To break up the action, Po will chase baddies on rickshaws (leaning, jumping and blocking), serving up noodles, and tossing rocks. The rickshaw segments are the best portions of the game, requiring quick reactions and lots of movement. Noodle-serving can be equally frantic, but succumbs to the same boring tropes of Diner Dash and its ilk. And throwing stones &hellip; well, let&rsquo;s just say this game&rsquo;s a glass house.

Aside from inexact movement tracking and the inherent repetitive nature of this kind of game, the long load times and slow cut-scenes make the prospect of actually getting into a battle a test in patience. As the game progresses, the tutorials and dialogue wane offering more gameplay time, but it can be a chore to get there. For a game clearly aimed at a younger demographic, it seems to willfully ignore the notoriously short intention spans plaguing its audience.

&ldquo;Green Lantern: Rise of the Manhunters&rdquo; suffers from similarly intolerable nonplayable segments but triumphs with solid, if overused, mechanics. It&rsquo;s a beat-em-up in the tradition of &ldquo;God of War&rdquo; but it forgets the lessons that made its inspiration great &mdash; the unexpected and the epic. The Green Lantern (voiced here by Ryan Reynolds) has always been a superhero about the limitless potential of human will, so perhaps trying to carve some manifestation into a 15 hours game is a mistake to begin with. Local co-op and a ridiculous green jet hint at the game&rsquo;s potential; it&rsquo;s too bad the rest doesn&rsquo;t follow suit.

The Manhunters are garden variety, destroy-all-organic-life robot soldiers, coming in sizes small, medium and bigger than medium. Variety there is about as lackluster as the &ldquo;resistance is futile&rdquo; dialogue, disappointing where the game could have excelled. Gamers who felled the Colossus of Rhodes in &ldquo;God of War 2&rdquo; will never forget the larger-than-life battle, and those brave enough to take on Satan in &ldquo;Dante&rsquo;s Inferno&rdquo; hold similarly fond memories. Hal Jordan and his powerful green ring just never meet a foe worthy of that kind of memory. The game feels monotonous and uninspired as a result.

In &ldquo;Rise of the Manhunter&rdquo;&rsquo;s defense, the repetition of canned battles in wildly different locations feels tight and punchy. Using translucent emerald swords, hammers, deep sea mines, bats, maces and machine guns to fell waves of robot goons still has the generic thrill that games like Dynasty Warriors truly capitalize on. A simple experience and upgrade system allows for slight customization of abilities and preferences, but it&rsquo;s more of a ruse than a satisfying RPG element. Regardless, comic book fans who can&rsquo;t get enough of the Emerald Knight will find this derivative combat romp a solid addition to the lore. Most, unfortunately, will only find this lantern&rsquo;s light at the end of a long, trite tunnel.

Nobody does kid&rsquo;s stories better than Pixar, with twelve full-length features firmly under its belt and more on the way. Each project was a smash hit, grossing hundreds of millions of dollars at the box office and millions more at game stores worldwide. &ldquo;Cars 2&rdquo; was the first feature by Pixar to receive a Metacritic rating below 90% and box office sales well below target predictions. The &ldquo;Cars 2&rdquo; video game is heading down the same road by attempting the tried and true &ldquo;Mario Kart&rdquo; formula; its tires burn out just short of the finish line.

With 30+ characters (all from the movies) and dynamic locations around the globe, &ldquo;Cars 2&rdquo; pays the fan service bills well. All the original voice actors take the role of the game characters, delivering their trademark wit in typical (if cyclical) Cars fashion. The game has the heart of the film, to be sure. The execution is another story.

In &ldquo;Cars 2,&rdquo; players (1-4 local at any time) race and battle for supremacy for whatever reason primarily using turbo boosts and weapons. The management of turbo will occupy the greater portion of any racer&rsquo;s attention, requiring constant tricks and jumps (yes, there&rsquo;s a jump button) to earn enough let&rsquo;s call them style points to fill the turbo meter and blast past the competition. The tricks are as charmingly daring as the characters, ranging from driving on two wheels to drifting to driving large track portions backwards. It&rsquo;s silly and fun and gives the game a unique mechanic to lean on.

Weapons don&rsquo;t need the same level of commitment as the turbo but are far more satisfying. Cars lighting up other cars with machine guns, rockets, mines, homing missiles and even orbital strikes? It&rsquo;s the &ldquo;combat driving&rdquo; that made &ldquo;Mario Kart&rdquo; famous, and it&rsquo;s spiced up with a little car-on-car contact options that make any track a treacherous place to drive. Because the cars don&rsquo;t seem to make meaningful contact with the pavement, getting hit by these isn&rsquo;t a huge issue in the races, just a minor annoyance. That all changes for battle matches.

&ldquo;Car 2&rdquo; fires on all cylinders with its individual pieces but doesn&rsquo;t get that extra boost as a package. The game just doesn&rsquo;t require that much skill or do anything remarkably new. If each one of the 40 campaign races relies on as much luck to win as the rest, what&rsquo;s the point? The management of turbo, as previously mentioned, offer the only real challenge. Outside that, it&rsquo;s little more than an armed stroll through the countrysides with a bevy of lovable characters.

A great racing game needs to teach the player how to become a better racer. &ldquo;Car 2&rdquo; is preoccupied with Mater&rsquo;s one-liners.

&ldquo;Green Lantern: Rise of the Manhunters&rdquo;: C- For all its cinematic shine, this game&rsquo;s stuck in darkest night.

&ldquo;Cars 2&rdquo;: C- A rare miss in Pixar&rsquo;s legacy becomes a predictable flop of a game.