Fight the horde for fun and loot in 'Warhammer: Vermintide II' How many rat-based, first-person melee, fantasy, co-op action games have you played this year? Well, here’s one more. (Fatshark)

How many rat-based, first-person melee, fantasy, co-op action games have you played this year? Well, here’s one more. (Fatshark) 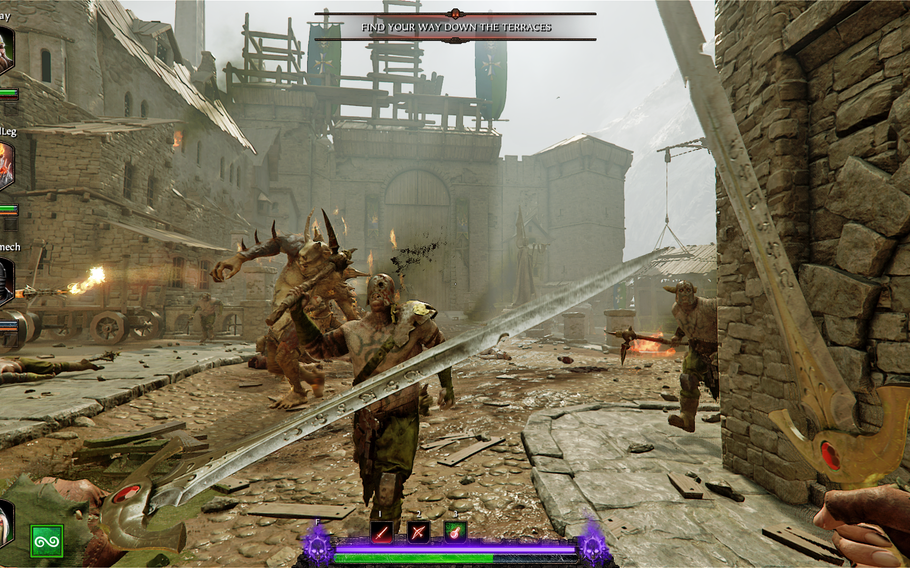 Each level of ‘Vermintide II’ is rife of passages, chokes and enemies to slay. (Fatshark) Subclasses in ‘Vermintide II’ are unlocked by leveling up and they aren’t always a linear upgrade from previous classes. (Fatshark) 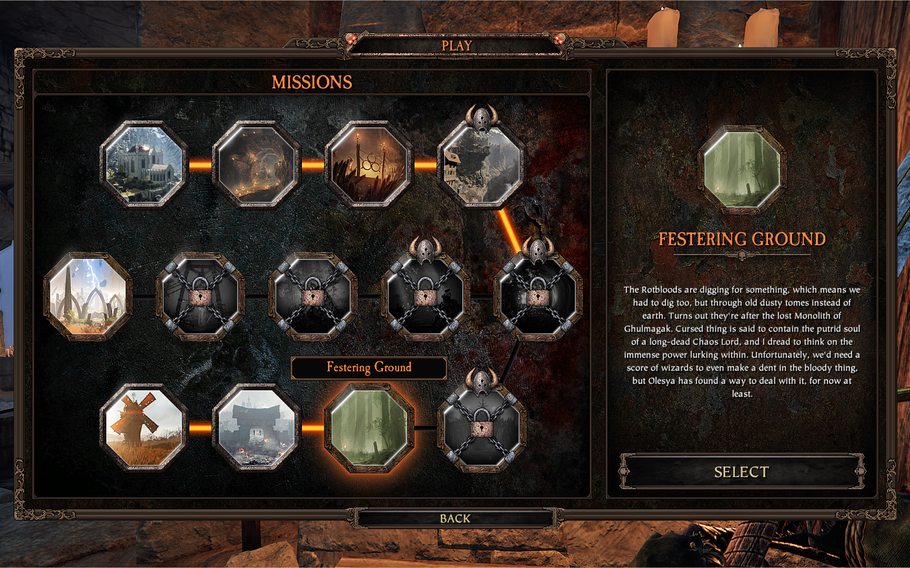 There is a level progression to ‘Vermintide II,’ but once unlocked each mission can be selected individually. (Fatshark) Loot boxes are earned, not purchased, in ‘Vermintide II.’ (Fatshark)

The genre popularized by “Left 4 Dead” has been woefully ignored since that game’s sequel took over online gaming for a brief, but beautiful, period of time.

Online gaming has never been more popular than it is in 2018, with heavy hitters like “Fortnite” and “PlayerUnknown’s Battlegrounds” drawing millions of players daily. But the subgenre represented by “Left 4 Dead” — which featured four players battling hordes in a series of cooperative missions — hasn’t really seen the success of those frag fests. Probably because few companies have attempted to follow up on the formula that Valve made popular.

Thank Sigmar for developer Fatshark and its “Warhammer: Vermintide” series. This blood-soaked take on co-op gaming wowed me — and a plethora of other gamers — when it debuted back in 2015. It wasn’t just the loving care taken with the neglected fantasy side of the Warhammer universe, or the mission structure that made “Vermintide” pick-up-and-playable. It was all of that and the best melee combat this side of “Dark Messiah of Might and Magic.”

It featured a team of four fantasy warriors who use blades, bullets and magic to fight their way through countless rat-men known as Skaven and raiders known as Rotblood.

“Vermintide II” takes all the best parts of the original game, delivers them wholesale and adds a few quality-of-life adjustments, making it better in every way.

The same five base classes return: the mercenary, the ever-burning wizard, the dwarf ranger, the elven assassin — sorry, “Waystalker” — and the buckled-hat-wearing witch hunter. Leveling up each class will unlock subclasses, one at level seven and another at 12. It’s worth pointing out that these unlocked classes are not strictly better, linear upgrades.

For instance, my favorite class — the Waystalker — can be upgraded to a Shade. This fast-moving damage-per-second machine definitely has more offensive weapons than the previous two classes, but she loses some defensive abilities that remain powerful throughout the game.

Each of the classes has a bevy of skills that can be selected to further tailor them to your particular playstyle. In addition, each one has a career skill — a powerful ability that can be used several times per level that further delineates the classes.

Furthermore, each of the classes has a variety of different weapons that open up new ways to play. The dwarf, for instance, can turn from a strict damage melee class to an armored god that can facetank just about anything.

In short, not only are each of the classes vastly different, each one offers plenty of tweaking and customization — offering up plenty of opportunity for build experimentation.

Of course, all the customization in the world wouldn’t matter if the underlying game weren’t so addictive. The short mission structures — each takes 30-45 minutes — mean there is always room to squeeze in just one more raid on the Screaming Bell. The excellent matchmatching tools assist that greatly.

I never once had to wait more than 20 seconds to find a game on quick play — the mode that drops you into a party that could already be halfway through a level — and that was on the high end of the spectrum. More often than not, I was playing in a match mere seconds after loading the game up.

Once there, I found a playerbase that, thanks to the game’s mechanics, are friendly, helpful and usually at least attempt to stick to the level’s objectives.

See, the game rewards teamwork and punishes greatly lone wolves. Players that stray too far from teammates can be attacked by enemies like the assassin or hookrat that must be killed by another player. Players don’t die immediately after losing their initial health bar; rather, they’re knocked down and must be revived by a teammate. Get knocked down enough, and you’ll be “captured” and must be freed by your teammates.

In short, nearly every aspect of the game rewards players working together.

Players that act like jerks or run off and get themselves killed get booted from the party quickly — and thanks to the quick matchmaking, the fill-in bots are replaced in no time at all. In short, try to troll in “Vermintide II” and all you’re doing in ensuring you’re not going to be playing the game with anybody but bots.

The missions themselves are usually rudimentary — go from one end of a map to the other, slaying everything in your way. There is always some sort of twist — destroy this bell, survive a massive horde, kill this end-level boss — that spices things up a bit.

There are also semi-random and hand-placed mini-bosses that will test players’ teamwork and skill. Some of these mid-level challenges are no joke: I’ve been party wiped by the bile troll more than I have by some of the end bosses.

Scores at the end of the match tally things like number of players alive, most damage dealt, most kills and most revives. Objectives within each map, like collecting hidden tomes and killing loot rats, makes for higher levels of rewards at the end of each map.

These all feed into leveling up your class and the level of loot box you’ll receive upon completing a mission. Loot boxes — while a dirty word these days — are handled well in “Vermintide II.” For starters, you can’t pay real-world money for them. They have to be earned by playing well.

Secondly, each chest will drop three items, guaranteed. The level of chest and, subsequently, the level of the item’s power depends on which difficulty you played on. The items that you don’t use can be turned into scrap and repurposed into new, usable items.

There is a lot more to unpack from what is essentially an easily learned co-op game. Twitch integration allows viewers to mercilessly spawn enemies into the streamers’ game. The development roadmap Fatshark has already released shows that more maps, mod support and dedicated servers are on the way. And much more.

But basically, “Vermintide II” is an easy recommendation — especially at $29.99. I’ve had more fun with my 30 bucks here than I have playing games twice the price. And considering its healthy playerbase at the moment, this isn’t a game you’d want to wait to pick up until it’s on sale.