‘Ephemerid: A Musical Adventure’ rocks with or without you 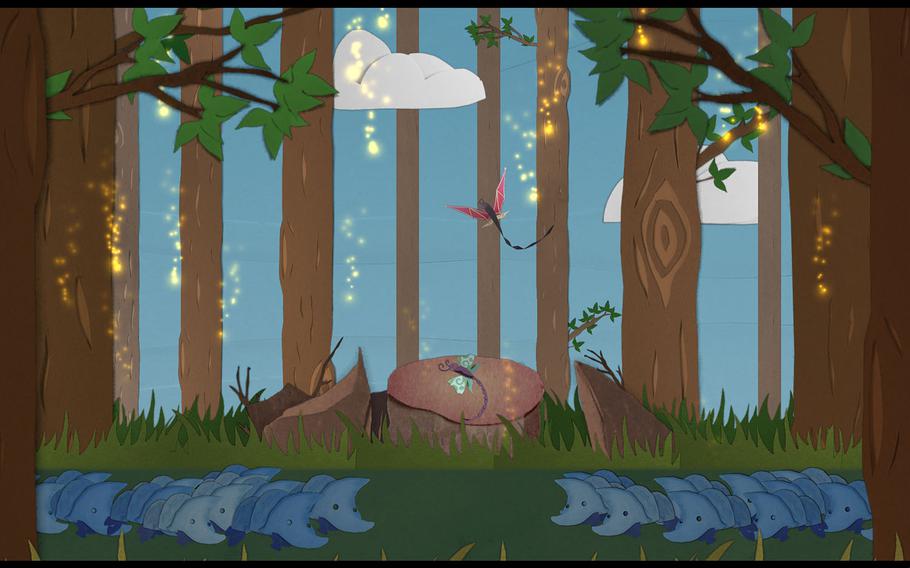 "Ephemerid: A Musical Adventure" is a charming rhythm game based around the life and adventures of a humble little mayfly. (Screenshot)

"Ephemerid: A Musical Adventure" is a charming rhythm game based around the life and adventures of a humble little mayfly. (Screenshot) Each segment of "Ephemerid: A Musical Adventure" introduces a new gameplay element, like this part where flicking stars to their matching colors adds to the constellation. (Screenshot) 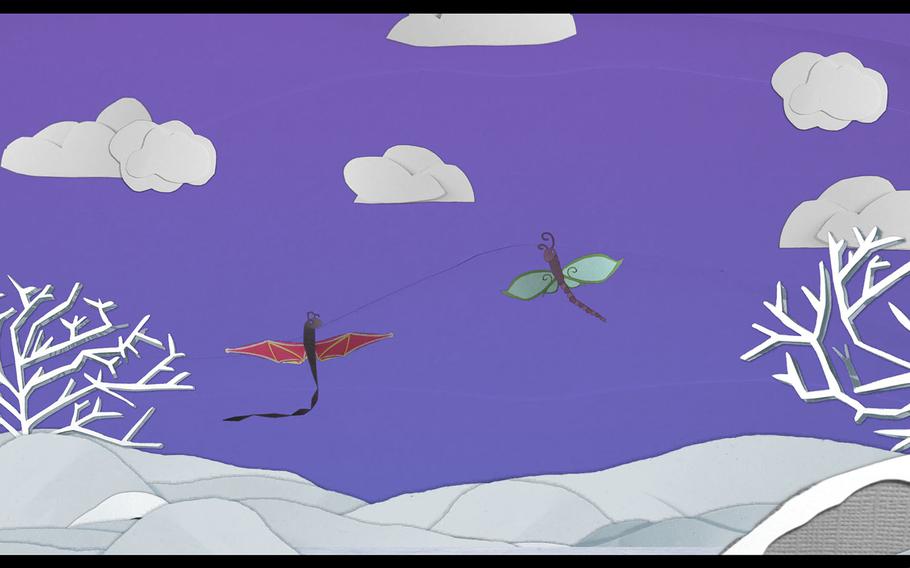 Mayflys make an unlikely protagonist, which matches the oddball flavor of "Ephemerid: A Musical Adventure" quite nicely. (Screenshot) Every portion of "Ephemerid: A Musical Adventure" is colorful and vibrant, with a backing of an emotive soundtrack that helps set the tone for each scene. (Screenshot)

There is perhaps no fiercer debate among gamers than the one that formulates anytime an oddball game pops up.

“Gone Home,” “Journey,” “Dear Esther” and others like them have created innumerable internet arguments over what constitutes a “video game.” These experiences, sometimes barely interactive, have long divided gamers, though they have usually garnered great critical acclaim.

Now, they have another such game to argue over, and while it may not make as big of a splash as some of those other titles, it’s deserving of the same type of critical reception.

“Ephemerid: A Musical Adventure,” from SuperChop Games, was released last year on iOS but found its way to Steam in February of this year. We would have reviewed it earlier, but frankly, we didn’t know it existed. And what a shame that is, because “Ephemerid” is quite a charming little game.

Most of that charm is generated by the unique blend of rhythm based sequences and pixel hunting adventuring, all wrapped in an eye-pleasing construction paper aesthetic. The gameplay is a compilation of mini-games, backed by a spaced-out rock soundtrack that really shouldn’t work for this type of game, yet still does.

You will tap branches, roll an ever increasing snowball, flick shooting stars at constellations and plug holes in a box as you guide a mayfly through its short lifespan. Most segments are loosely set to a rock song that will help you know when to interact with the screen. A killer riff will coincide with your mayfly landing on a flower that you must tap to send him springing to the next one, for example.

When it works, it can feel like a neat take on the Rock Band formula: timing button combinations to the musical track provided. But sadly, it doesn’t quite work all of the time. The biggest issue is that the game views your involvement as largely perfunctory. Whether you decide to interact with the game or not, it will continue on. You can’t lose at “Ephemerid.”

Some folks may be okay with this – after all, acclaimed games like “Dear Esther” don’t have fail states. However, my desire to try to do well evaporated when realized the segment would end only when the song was over, no matter how in tune with the rhythm I was.

The other issue is that the game is very short. It can be easily finished in one sitting. Personally, that doesn’t bother me, especially with a game with such excellent music. But if you’re looking for a lengthy experience you may be disappointed with “Ephemerid’s” length, which I clocked at about two hours.

Even with those negative points taken into consideration, “Ephemerid” is an easy game to recommend. It’s entirely charming and I had a blast guiding my little mayfly as it soared through a paper forest, helping it escape from a button-eyed spider and then finding love, true love.

The soundtrack alone made me replay a couple of the segments, because when the gameplay aligns with the crunchy rhythms, the true magic of “Ephemerid” is revealed. It’s simply a perfect game for people who want to relax a bit and enjoy some good tunes, great art and some simple gameplay.

Hardcore gamers may want to look elsewhere for their entertainment fix, but those with an open mind toward non-traditional gaming experiences really should give “Ephemerid” a try.