Bloody mess, boredom to be found in ‘Redeemer’ 'Redeemer' a competent brawler, is a fine game to pick up on the cheap. (Sobaka Studio)

'Redeemer' a competent brawler, is a fine game to pick up on the cheap. (Sobaka Studio) 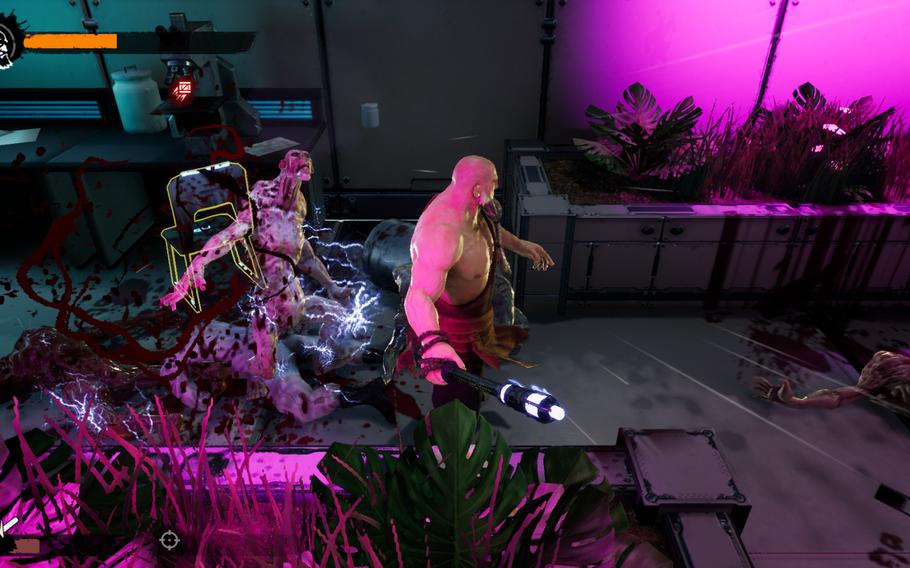 "Redeemer" is a bloody, short brawler with a few highlights - though not enough to demand an immediate purchase. (Sobaka Studio)

It has been a long while since gamers have had a truly fantastic brawler to play.

Sure, the various digital storefronts are crammed full of games that guarantee visceral thrills and bone-crunching fisticuffs, but rarely are those promises kept. More often than not we’re left with boring “me-too” game mechanics and barely warmed-over rehashes from the genre’s arcade glory days.

Sobaka Studio, the team of five that developed “Redeemer,” are clearly fans of the brawler genre. In fact, this small, Russian-based team actively avoided many of the mistakes of the wannabe “Final Fights” of the world. It’s not a 16-bit throwback, it’s not a side-scroller and it’s not purposely drenched in faux ’80s aesthetics in a poor attempt to tickle the nostalgia bone. That right off the bat made “Redeemer” infinitely more interesting that most of modern takes on the brawler.

But, while it is successful in separating itself from the pack, it ultimately fails at being the one thing an action game must be above all else — entertaining.

It all begins so promisingly, too. The game opens on Vasily, a former-soldier-turned-peace-seeking-monk, who is forced to abandon his monastery to track down his former partner, who (naturally) is now his mortal enemy. The whole “soldier lured out of retirement for one last mission” is a tired trope, to be sure, but one that serves the game well enough.

The plot, while thin, provides a reason for the brutal violence that is to follow, which really is all I need when it comes to action games. “God of War,” a series “Redeemer” borrows more than a little from, spans roughly a million titles and uses an equally flimsy premise. Few care about the story in a brawler.

What separates great brawlers like “Castle Crashers” and “Bayonetta” from the easily forgotten are how their developers vary the action to keep the game from becoming dull. “Mother Russia Will Bleed” did this by offering multiple characters. “Castle Crashers” used a plethora of weapon loadouts. “Bayonetta” used role-playing elements and odd visuals to keep things interesting.

“Redeemer” sadly missed this lesson. As a top-down brawler, the game starts right by at least attempting something somewhat different. The top-down brawler has been done before, but Sobaka manages to perfect its use here. The levels are designed around the visual range of your character, with enemies always lurking just out of sight. This leads to plenty of semi-surprising encounters that keep each level feeling different, at least in terms of overall design.

The same can’t be said about the actual combat, however. Vasily has access to a few basic moves — a punch, multiple-enemy hitting kick, a block maneuver and a rolling dodge. The punches and kicks can be charged up or put together in semi-combos while tapping the block button when an enemy flashes red, allowing Vasily to perform a counterattack. He can also sort of roll into enemies, knocking them off balance, or use interactive parts of the environment to effect instant, bloody death.

Vasily can also equip one melee and one ranged weapon at a time. The various axes, stun batons and metal poles he picks up are efficient in dispatching foes, but break after far too few hits. The ranged weapons are much the same, offering extraordinary stopping power, but fewer bullets.

On paper, this sounds like a decent arsenal of attacks. In practice, the melee combos are interchangeable and offer nothing more than slightly different attack animations. The parry has such a wide input window that it’s overpowered and far too much of the game can be completed by mindlessly hammering the punch button.

These factors, combined with the overly-generous health regeneration system that refills health after killing enemies, leads to a game that becomes a slog as it goes on.

The weight of the combat does feel right, with satisfying thuds and arterial sprays accompanying each hit. The weapons, especially the shotgun that sends enemies crashing into walls, are equally effective. This is something many action games fail to get right, yet “Redeemer” — made by five relatively unexperienced developers — nails it.

However, no amount of pizazz or technical acumen can cover for the fact that the way you approach combat in the first couple of levels is the same way you’ll approach it for the rest of the game. If there had been unlockable skills, or if combos changed how combat played out — maybe certain combos could have created knockdowns or better crowd control — perhaps some of the fisticuff fatigue could have been alleviated.

There also isn’t any real reason to get better at combat. Not only is dying a rarity, but there isn’t even a perfunctory points system. There is literally no reward for doing better in combat and no real need to get better as your health bar will stay half-full regardless of how well you do.

In fact, if you get really bored, you can just ignore some areas and run to the exit. A combat-focused game shouldn’t allow you to so easily ignore battles, and it definitely shouldn’t be wholly indifferent to your combat prowess.

“Redeemer” does a few things well, no doubt. It’s also a tremendous effort for such a small development team. But in the end, a game review looks at whether a game is worth spending your hard-earned money on. Even at the relatively low price of $14.99, there are better options out there. There are also worse ones, to be sure, but ultimately “Redeemer” isn’t really anything to get excited about.