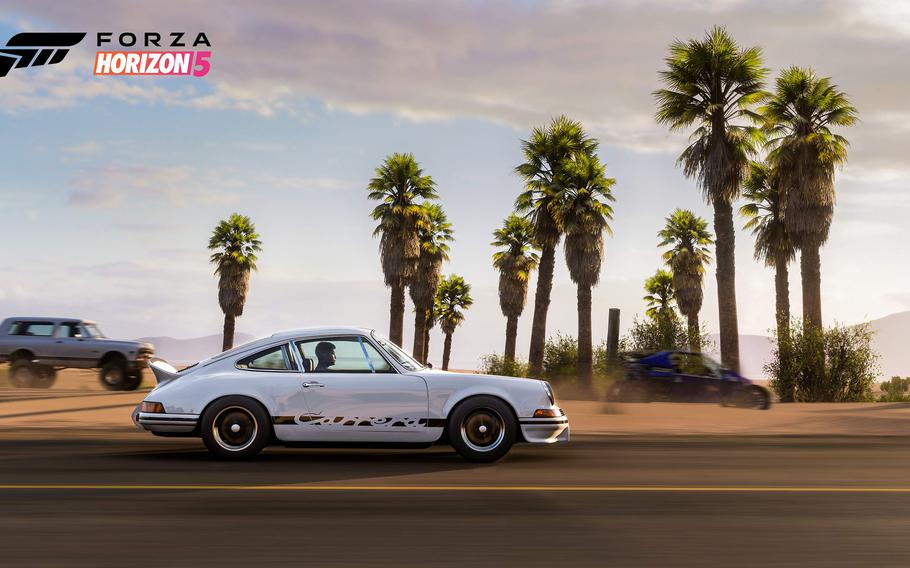 Nothing went as expected this year. Chip shortages continued making the latest generation of consoles difficult to pick up. Most video game events such as E3 and GDC remained virtual as the pandemic lingered. Titles that were eagerly anticipated were pushed back a few months.

That created a stacked lineup for 2022, but it doesn’t mean this year was devoid of great games, it’s that 2021’s crop may pale in comparison to others.

With fewer blockbuster offerings from PlayStation and Nintendo, this year was dominated by Microsoft as the investment the company made in acquiring studios started paying off and that has helped its Xbox Game Pass service gain a stronger foothold. That’s reflected in the top 10 games of 2021, which has several titles from Xbox Game Studio.

1. Forza Horizon 5 — Can a racing game win game of the year? Of course, it can if it innovates enough and transcends the genre. Playground Games’ title does both as it takes players and the eponymous festival to Mexico.

The developers capture the essence of the country and transports players to an open-world that’s constantly changing. The developers bring back the idea of seasonal weather to the map, and they adapt to the deserts, jungles, beaches and cities of Mexico. More importantly, Playground Games obliterated the bar when it came to race design and side quests. Players can be racing monster trucks one moment and in another they’ll be exploring ancient ruins.

The diversity of activities seem outlandish but somehow it all makes sense within the context of the festival and the racing game. Throw in a mode to create user-generated activities and players will find no shortage of content that they can enjoy alone, competitively or cooperatively.

Forza Horizon 5 isn’t just the best racing game to come out in years. It’s the top game of 2021 period.

2. Deathloop – The concept of time loops has been around for decades, but strangely, video games haven’t capitalized on them except for a few instances such as The Legend of Zelda: Majora’s Mask.

Deathloop puts players in the role of Colt Vahn, an amnesiac who wakes up on Blackreef. The island has been repeating the same day over and over for years, and Colt and his nemesis Juliana are the only ones who have prior memories of what happened over several cycles. Players will have to break the loop by eliminating the island leaders in one day.

That requires exploration, investigation and clever use of the powers that Colt absorbs. It’s brilliant shooter that adroitly melds narrative and gameplay. 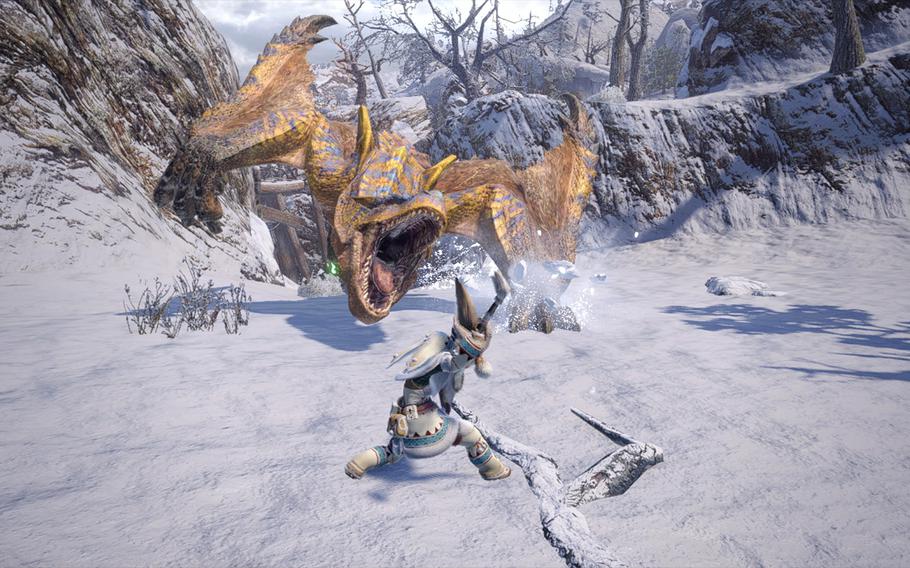 In Monster Hunter Rise, you play as a Hunter in Kamura Village, and you must be ready to defend the village against all manner of monsters. (Capcom)

3. Monster Hunter Rise — Over the past iterations, Capcom’s flagship action role-playing game has become more accessible. It has removed clumsy mechanics that burdened players and heightened difficulty in order to focus more on the actual skill of combat.

With Monster Hunter Rise, Capcom adds new mechanics such as the Wirebug and the Palamute that increases maneuverability and traversal across the map. That has sped up hunts and made grinding for parts less onerous. All of this brings out the best of the franchise while minimizing the flaws that once held it back.

4. Halo Infinite — After years of trying, 343 Industries finally has the franchise back on track and the team is telling a story that’s befitting Master Chief’s stature. This entry almost feels like a franchise reset that brings to the series an open world and intriguing story that’s told in media res, or in the midst of things.

Meanwhile, the multiplayer feels more polished than ever and it accentuates how Halo feels different from its peers. The fluid movements and the arcadelike action is a reminder that great shooters don’t fall into one type of box. 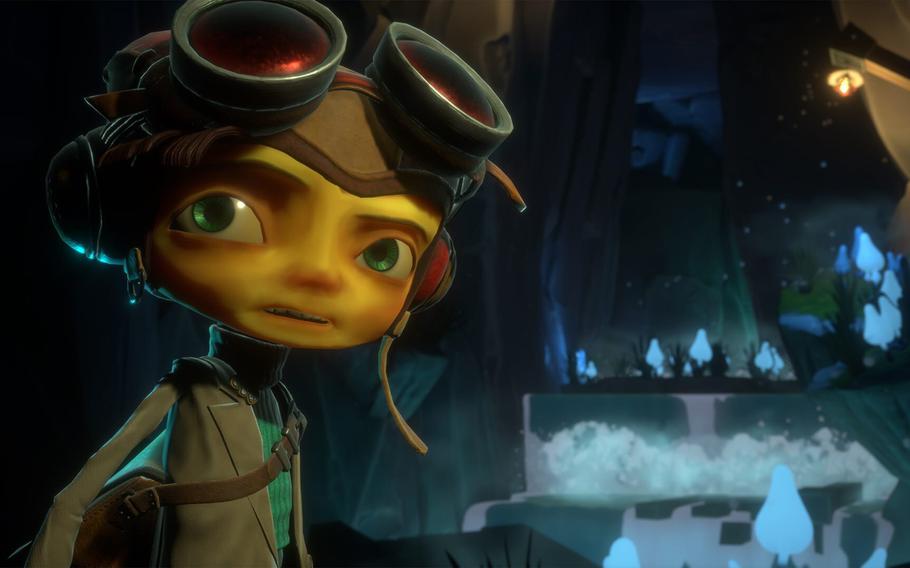 5. Psychonauts 2 — After more than 15 years, Double Fine finally released a sequel to the cult classic and it’s every bit as worthy as the original. This follow-up fixes the gameplay flaws while maintaining that elegant platforming.

What makes Psychonauts 2 great is that the story and mission design work together beautifully to tell a story about regret, forgiveness and redemption. 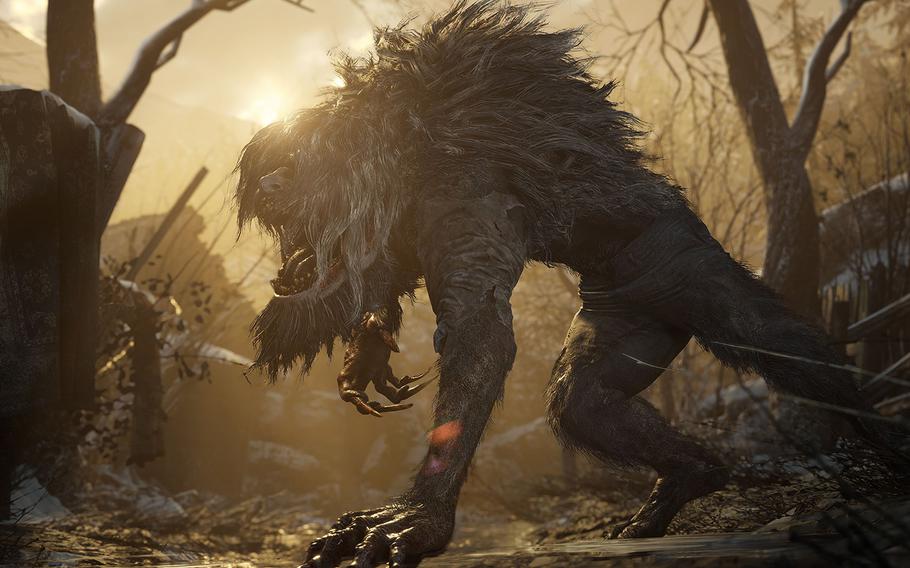 6. Resident Evil Village — Capcom’s franchise revamp continued with this entry that adds more action to its survival-horror formula. As Ethan Winters, players are on a mission to rescue the protagonist’s kidnapped daughter. That takes Ethan to Eastern Europe, where he must battle a bevy of monstrous village inhabitants led by the mysterious Mother Miranda.

7. Returnal — Housemarque’s foray into making a roguelike survival-horror game was brilliant. As Selene, a pilot who crash lands on the mysterious planet of Atropos, players will have to find a way to escape the surface by battling horrific creatures and hostile natives. The game combines the concepts of bullet-hell shooters that the developer excels at with the exploration elements of a third-person adventure game for a truly unique experience.

8. Back 4 Blood — Turtle Rock Studios made a triumphant return to the co-op genre that they helped establish. With this spiritual successor, the developers keep the feel of Left 4 Dead, but they update the mechanics with a card system that improves the replayability as it lets players customize their heroes and the challenges they face as the survivors of a zombie apocalypse. 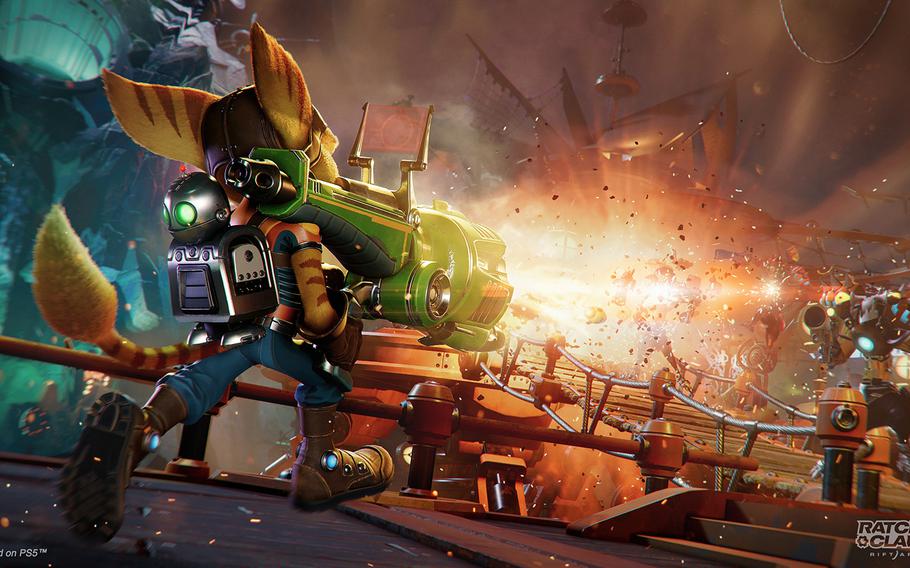 9. Ratchet and Clank: A Rift Apart — One of the reasons that this franchise has been so successful compared to its peers is that it was able to escape the kiddie ghetto. The franchise has taken on more complex themes and introduced more compelling worlds. If past games had a Pixar atmosphere, A Rift Apart strives for a vibe comparable to the Marvel Cinematic Universe as the titular heroes travel to an alternate reality to stop Emperor Nefarious.

10. Metroid Dread — Decades in the making, this entry is a fitting finale to the saga that began with the original NES game. Samus’ investigation on planet ZDR turns into a galaxy-saving effort as she discovers the origins of the lifeforms linked to her past – the Metroids, the Chozo and the X Parasite. What distinguishes this entry from others is the tense moments when nearly invincible EMMI robots stalk the bounty hunter through the rooms and corridors of the planet.