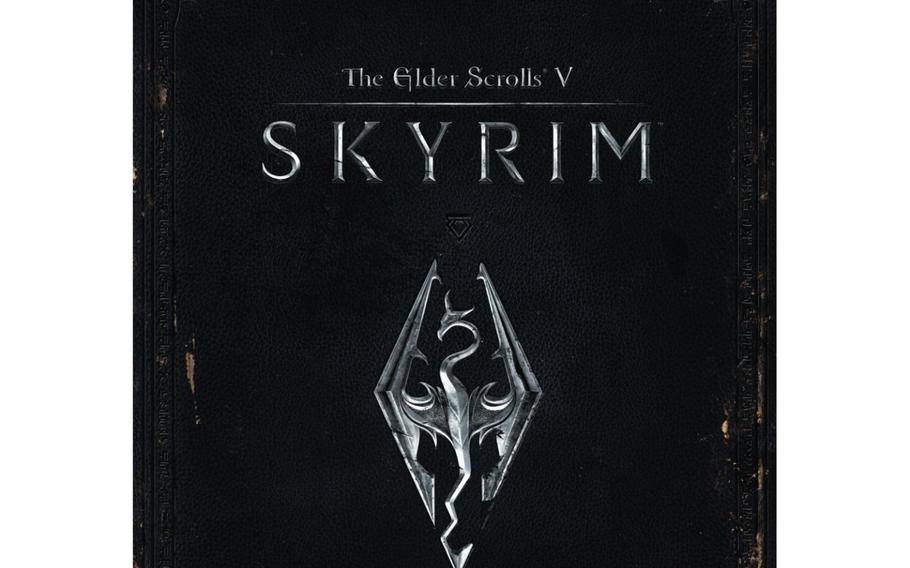 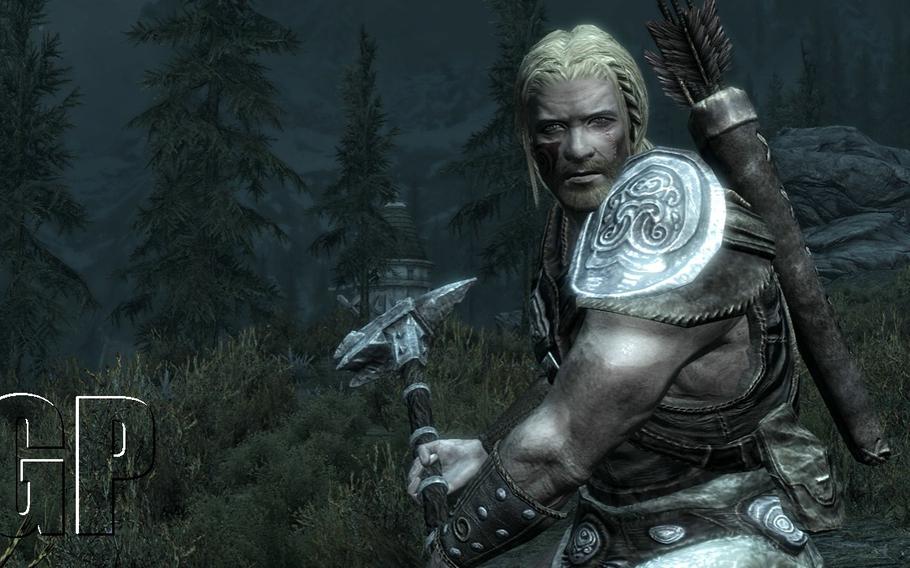 The inhabitants of Skyrim are known as Nords and have much in common with vikings. (Games Press)

Imagine having the powers of a dragon at your command.

You start the game as a prisoner who has an appointment with the headsman&rsquo;s ax. It doesn&rsquo;t matter that it&rsquo;s all a mistake. You&rsquo;re heading to the chopping block, and it seems that only a miracle can save you. Fortunately, a dragon just happens to show up to incinerate the town and enable your escape.

Before long, you discover that you&rsquo;re actually a rare individual known as &ldquo;dragonborn.&rdquo; You have the ability to speak with the voice of a dragon, which can produce fire, ice, wind and other effects that can prove very helpful in a land filled with mighty magical beasts.

&bull; An enthralling story line bolstered by plenty of interesting secondary quests and a slew of optional side quests.

&bull; A system of progression that encourages you to keep exploring, fighting and crafting so you can keep improving your character.

However, the game also offers quite a few improvements over its five-year-old predecessor. It seems that almost everything from skill development to fighting to inventory management has been refined.

Fans of Bethesda&rsquo;s post-apocalyptic &ldquo;Fallout&rdquo; games will recognize some of the &ldquo;new&rdquo; mechanics &mdash; such as the lock-picking system &mdash; but others are different from previous games in either franchise. The results make game play much less cumbersome and more rewarding.

Despite these changes in game play, the first thing most &ldquo;Elder Scrolls&rdquo; fans will notice is the spectacular graphics.

In &ldquo;Oblivion,&rdquo; few characters could be considered attractive, and many looked rather cartoony. In &ldquo;Skyrim,&rdquo; characters all look much more realistic. You truly appreciate this when creating your character. You can choose between male and female, and among several races &mdash; human, elf, orc, feline Khajiit and lizardlike Argonian. You can also customize facial features, hair and body type. The results are far more refined and detailed than anything possible in &ldquo;Oblivion.&rdquo;

Your terrific-looking specimen will explore a land that&rsquo;s not only visually impressive but utterly immense. The land of Skyrim &mdash; which is patterned after medieval Scandinavia &mdash; boasts a good number of towns as well as mountaintops, ruined castles, mines, tombs and caves. Most of these locations are inhabited by bandits, evil mages, trolls and other troublemakers. And that doesn&rsquo;t include the dragons and giants that dot the landscape.

As if this weren&rsquo;t enough, Skyrim is also the scene of a major rebellion against the Empire. A few side quests push you toward one side or the other, and the main story puts you in the middle of the confrontation. But the depth of your involvement is really up to you.

The same goes for joining the land&rsquo;s guilds &mdash; associations of mages, thieves, fighters and assassins. You could choose to ignore an invitation to enlist in these groups, but that would be a mistake. Many of their multi-layered missions are nearly as compelling as the main story.

When added up, the amount of high-quality game time is almost unbelievable. My stats indicate that I&rsquo;ve been playing for more than 42 hours, and my &ldquo;to-do list&rdquo; is still immense. Luckily, the adventure can continue after you finish the main mission.

The combat system is very efficient and fun. You can switch among weapons, spells and potions quickly thanks to a &ldquo;favorites&rdquo; button, which pauses the action and lets you go right to the items and spells you prefer without wading through a long list. You can dual-wield spells as well as weapons, which produces some spectacular effects. And you can use your dragon shout &mdash; an ability of the dragonborn that lets them utter powerful dragon words that produce fire and other effects. It is definitely one of the coolest features of the game.

Unlike most other fantasy games, &ldquo;Skyrim&rdquo; doesn&rsquo;t make you select a character class, such as fighter, rogue or magic user. Instead, you decide which skills to increase as you progress through the game. Some of this is done automatically through combat and crafting. If you use more spells than swords during combat, your magical abilities will increase more quickly. If you do a lot of skulking about in the shadows, your sneaking ability will increase. And if you spend a lot of time at the blacksmith&rsquo;s forge, you&rsquo;ll increase your ability to make weapons and armor. Increasing your proficiency in any of these skills will advance your progress toward a new level, which will unlock more health, stamina or magical ability as well as perks that can help in fighting, crafting and other abilities.

Bethesda has wisely decided to cut back on the number of skills this time around. For example, there&rsquo;s no &ldquo;acrobatic&rdquo; or &ldquo;athletic&rdquo; abilities, which means that you can&rsquo;t level up by simply swimming around lakes to increase your &ldquo;athletic&rdquo; score and jumping up and down to increase your &ldquo;acrobatic&rdquo; numbers. This definitely takes the &ldquo;silliness factor&rdquo; out of the equation.

The game earns its M rating primarily for violence.

Bottom line: A+ &ldquo;Skyrim&rdquo; presents a captivating fantasy world filled with high adventure. It&rsquo;s certain to land near the top of many &ldquo;best o&rsquo; the year&rdquo; lists.