Driving you up and off the wall: 'Mario Kart' makes a hi-def return 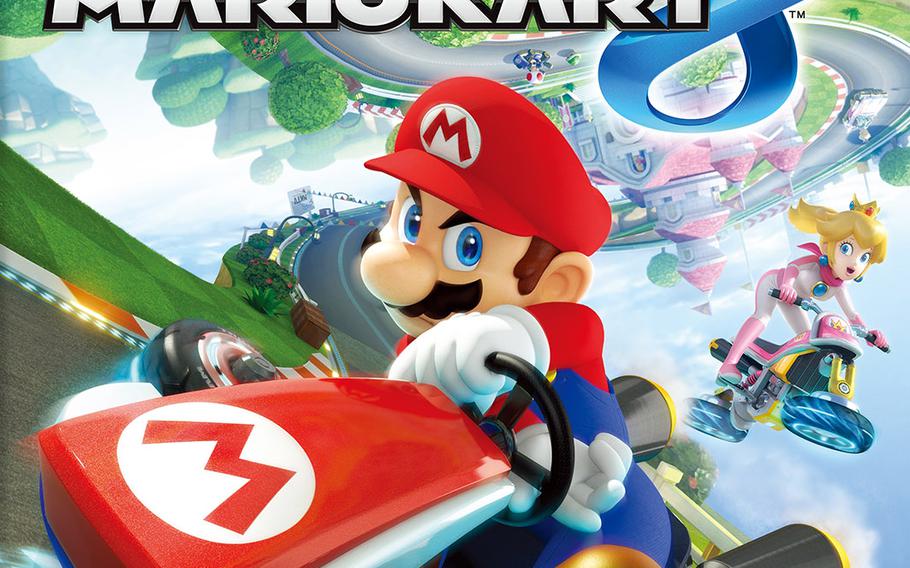 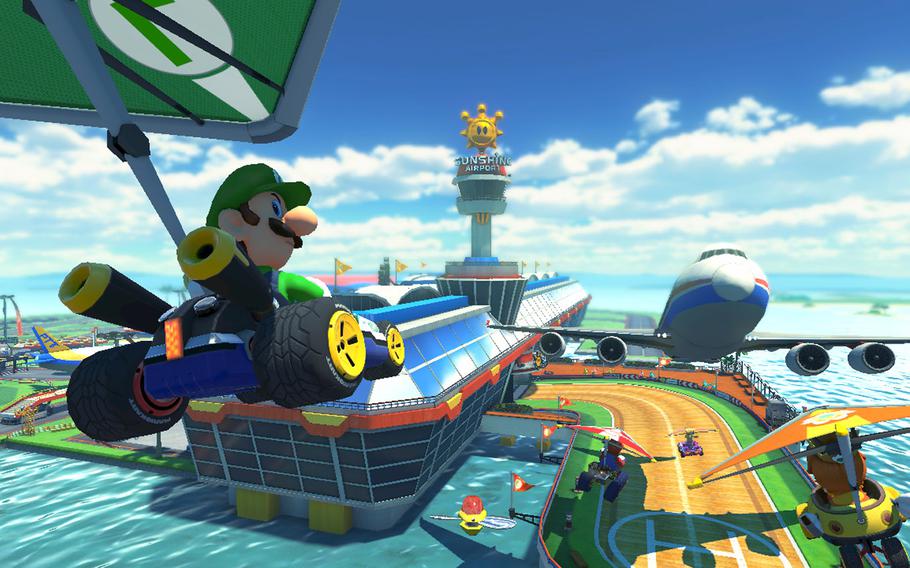 Unlike games such as “Pikmin 3” or “Super Mario 3D World,” the perspective isn’t contained to the immediate surroundings. In “Mario Kart 8,” you can see far and wide: racers’ faces turn to grimace as you pass, blimps high in the sky broadcast live streams of the race you’re currently in, and track surfaces get smashed, twisted or bent as levels unfold during a race. (Nintendo)

The frantic and kinetic Mario Kart experience has always been a roller coaster of emotions. For every euphoric first-place finish, there are ever more struggles against last-minute red shells, banana peels that somehow anticipated your swerve and countless green shells mindlessly ricocheting off of weird angles to ruin your day. But with each new race, a blank slate. Time to forget and forgive.

The genius of “Mario Kart 8,” a visually stunning high-definition iteration of the series for the Nintendo Wii U, is that it wipes away that last part. For the first time in the series, players can record and relive everything — from the miraculous 7th-to-1st-place recovery, to the agonizing 1st-to-4th-place defeat. You can even upload the videos to YouTube straight from the game, a way to forever remind friends of your complete blue-sparks dominance with a single link. Time to race with a vengeance.

And what a beautiful revenge it is. Like “Mario Galaxy” on the Wii, it’s taken a Mario title (an offshoot, but still) to really showcase what the Wii U can do graphically. Unlike games such as “Pikmin 3” or “Super Mario 3D World,” the perspective isn’t contained to the immediate surroundings. In “Mario Kart 8,” you can see far and wide: racers’ faces turn to grimace as you pass, blimps high in the sky broadcast live streams of the race you’re currently in, and track surfaces get smashed, twisted or bent as levels unfold during a race.

New tracks twist up into the sky, vibrant and highly detailed with neon colors and shiny metal surfaces. Older tracks are impressively remastered, with classics like Peach’s Castle and Toad’s Turnpike fully re-rendered and re-imagined with new paths and shortcuts. If all this sounds a little crazy, that’s the idea. The tracks themselves are half the battle.

As wild a firecracker as the tracks are to race on, “Mario Kart 8’s” major new mechanic, an anti-gravity mode, goes off like a dud. In anti-gravity areas, tires turn blue and players can glide up walls and ceilings. It sounds daunting, but the player’s perspective shifts along with the twist of the track, so you don’t get disoriented during the race. Many times, it’s only in the replay that you even realize you drove through an anti-gravity area. Once you’re in one, anything you collide with actually gives a speed boost. This turns out to be a counterintuitive change, however, as players usually dodge each other because of the bevy of the items they’re holding around them for defense.

Despite how fantastical these changes sound, when it comes to driving mechanics, “Mario Kart 8” is perhaps the safest iteration of the series. The rules are basically a mash-up of the previous two games, “Mario Kart Wii” and “Mario Kart 7.” Collect coins, draft behind others and drift around corners for extra speed. The hang-glider and jump-boost system from the 3DS iteration of the game also make a comeback.

For the first time in more than a decade, players are limited to holding just one item at a time, but that is hardly a setback in a game as fast-paced as this. The few new items are very similar to old ones: a siren replaces the raccoon tail (but thankfully counters blue shells — a first for the series), a piranha plant replaces the chain chomp, and the Crazy 8 — an item that gives you eight swirling items at once — replaces the Lucky 7.

One pleasant surprise is the extent of the options away from the wheel. The game continues the kart customization of the last Mario Kart.

There are dozens, if not hundreds, of kart/bike-tire-glider combinations that change your driver’s stats ever so slightly. The game also supports every conceivable control method for the Wii U — from classic controller to vanilla Wiimote, as well as off-screen gaming on the Wii U’s gamepad.

The game chugs along at a decent framerate in multiplayer, and allows up to four people to play in Grand Prix mode. Online mode allows only two players, but includes a ranking system and “tournament” mode for custom racing setups. Sadly, battle mode is just as lame as it’s been for the past 15 years. For some reason, Nintendo just can’t recapture the magic of battle mode from the SNES or N64 versions.

The best change by far is the ability to record the replay generated for every race. The game will automatically create highlight reels that users can edit to focus on a particular player or type of mayhem. Better yet, players can reverse or fast-forward or slow down the action on a whim. It’s a great way to mix up the action between races — or simply learn from your mistakes.

Though it takes a few minutes to upload, allowing players to share replays on YouTube is a great step forward into the social scene for a Nintendo game. Just a few weeks out, excellent Internet memes have cropped up due to this ability (just Google “Luigi death stare”).

The addition of the replay is a stroke of genius akin to the Wii Sports' motion controls or the 3DS’ StreetPass functionality. It’s just pure candy — easy to use and enjoyable to play around with.

Bottom line: If you happened to miss out on either of the previous Mario Karts, this is a must-buy. It’s the same old Mario Kart with a new shine, and that’s never a bad thing.