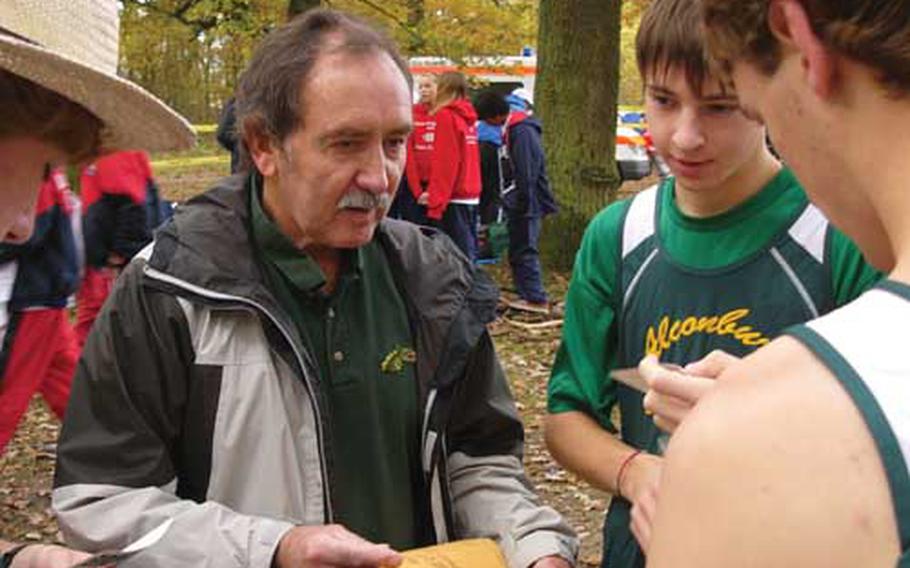 With his second novel rolling off the presses, DODDS-Europe educator, coach and author Bud Foutz of Alconbury High School in England just keeps getting better.

Praise for the new book is rolling in.

Whether Foutz will attain James Fenimore Cooper status when he finishes his third Tatanka novel, currently in progress, is anyone&#8217;s guess. But he clearly has the backing of his German publisher, Thienemann, which contracted him to write the trilogy.

Astoundingly, what Foutz doesn&#8217;t have is an English-language publisher. Even though he writes in English, the adventures of Tatanka are available only in German, Spanish and Korean. That his book appears in even those languages approaches the miraculous.

&#8220;When I finished the first book, I couldn&#8217;t get a literary agent in the States to take it on,&#8221; said Foutz, formerly of the DODDS-Europe Outdoor Adventures team in Berchtesgaden, Germany, and currently the Alconbury cross country coach. &#8220;I took it around to a book fair in Leipzig (Germany) and handed out chapters to all the publishers there. I got quite a few &#8216;Nein, dankes,&#8217; but [Boettler] read three chapters and asked me to send her a manuscript.&#8221;

To Foutz, the characters are just as important as the storytelling.

In addition to the third volume of his Tatanka trilogy, Foutz is planning a novel about abuse at government-run reservation boarding schools before World War II. His central character, based on a historical figure, is a Navajo Medal of Honor recipient who rises above his mistreatment.

And there are apt to be more tales.