Curbing incidents part of the routine for Okinawa units 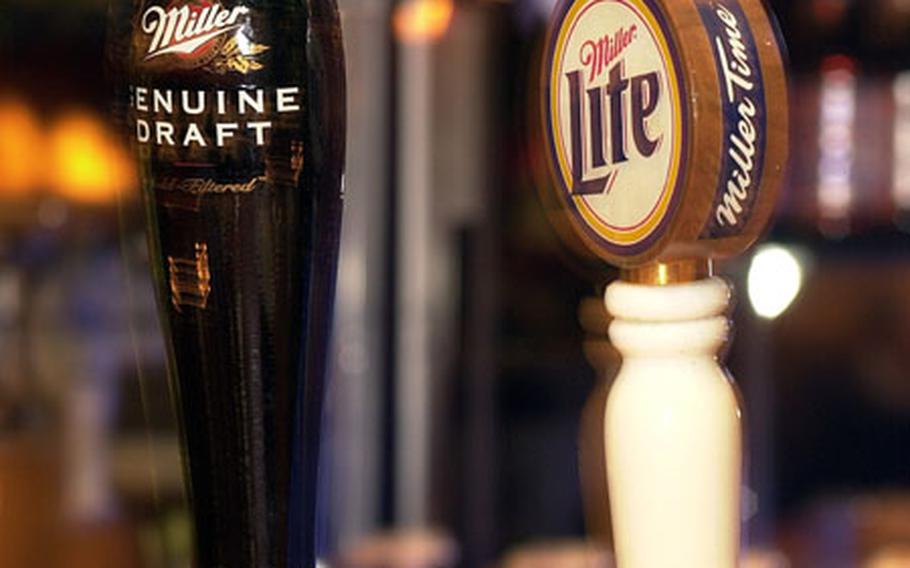 Beer on tap at bars, such as the Embarcadero Lounge at the New Sanno Hotel in downtown Tokyo, offer customers their favorite stateside brands. (Rick Chernitzer / S&S)

Beer on tap at bars, such as the Embarcadero Lounge at the New Sanno Hotel in downtown Tokyo, offer customers their favorite stateside brands. (Rick Chernitzer / S&S) 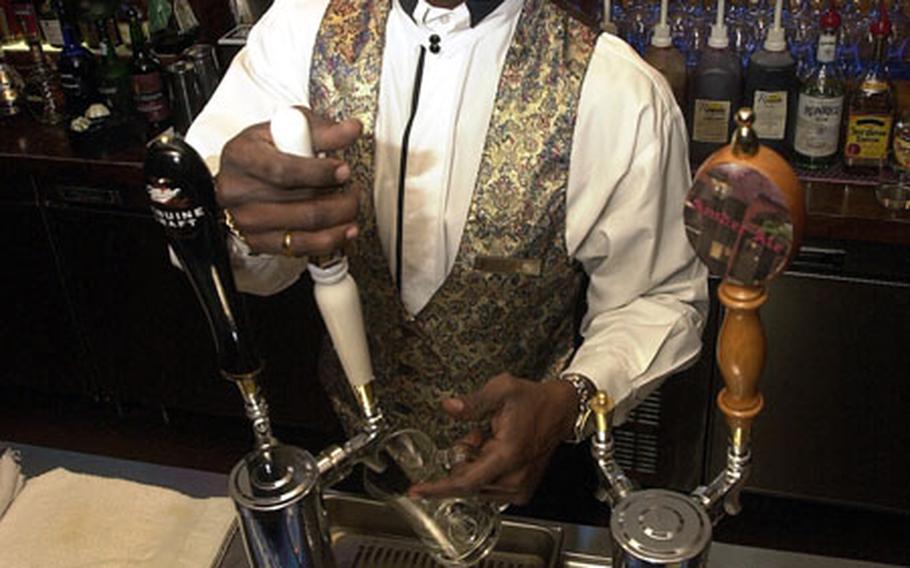 Bartender Greg Johnson pours a fresh draft behind the bar at the Embarcadero Lounge at the New Sanno Hotel in downtown Tokyo. (Rick Chernitzer / S&S)

CAMP FOSTER, Okinawa &#8212; Anytime Americans get into trouble on this subtropical island, the potential exists for incidents to garner international attention.

Since 1998, Marine Corps officials have adhered to a strict Liberty Campaign Plan created to reduce alcohol-related incidents. The plan focuses on education, accountability and preventive measures; the goal is to get Marines to view their off-duty hours as another mission in which they serve as ambassadors for the military and the United States, Riggle said.

Misconduct and criminal activity has marred the history of U.S. forces on Okinawa and Japan, according to a Marine Corps Bases Japan/III MEF policy letters on alcohol-related punishments. The acts have &#8220;severely threatened U.S. foreign relations and mission compatibility,&#8221; states the policy letter found on the 3rd MEF&#8217;s official Web page.

In past years, base officials have instituted curfews and prohibited drinking in off-base establishments in reaction to high-profile alcohol-related incidents.

A four-month island-wide curfew was implemented just before the July 2000 G-8 Summit on the island. That was in reaction to an incident in which a Marine entered a Japanese home and crawled into bed with a young girl.

Riggle said Marine officials routinely brief all incoming Marines about the potential for the smallest incident to get negative attention. &#8220;We quote stories from local papers to let our Marines know of past incidents &#8212; how something really small that wouldn&#8217;t get attention in the states will be in the local newspapers.

Other, more permanent measures also exist to combat the potential problems that can arise with alcohol consumption.

Although the drinking age for Okinawa locals is 20, Marine Corps policy states that for Marines it&#8217;s 21, Riggle said.

Marines of all ranks are not allowed to have hard liquor and wine &#8212; other than commercially prepared wine coolers &#8212; in their barracks rooms.

At base package stores or shoppettes, those E-3 and below can buy only six 12-ounce beers or wine coolers per day. NCOs can buy double that amount.

Marines in Japan cannot possess or consume alcohol in any public or working area on military installations but can do so in clubs, messes, exchange facilities and other locations when individual base commanders authorize it.

The policy forbids Marines from consuming alcohol at spectator-type events, public gatherings or assemblies, unless a unit commander authorizes it. Marines cannot bring their own alcohol to authorized drinking establishments on or off base, except at private parties held in rented or leased places.

Other regulations prohibit alcohol consumption in motor vehicles at all times not only for drivers but also passengers. Rules also prohibit the transportation of alcohol in vehicles, except when the beverages are unopened and stored in the rear of a vehicle away from the driver and passengers.

The rules prohibit all Marines from drinking alcohol during typhoon conditions one, one-caution, one-emergency, one-recovery and storm watch, to promote their health, safety and welfare, and to ensure they remain unimpaired during dangerous storm conditions and fit for duty in the event of an emergency recall, Riggle said.

Marine Corps officials stress that commands are not to tolerate drunkenness and are to consider a Marine drinking to get drunk in the same category as one who has a drug overdose.

While drinking responsibly is acceptable, getting intoxicated to the point of losing self-control is not, Riggle said. Officials stress that to drink or not to drink is an individual choice and has no bearing on the caliber of Marine or sailor, as long as the person drinking stays in control and acts responsibly.

In a culture that traditionally has promoted and glorified alcohol consumption, the Marine Corps makes a point to tell their troops it&#8217;s OK not to drink.

In August 2000, the Marine Corps on Okinawa instituted its Liberty Buddy policy for all E-3s and below. Marines and sailors assigned to Marine units must pair up and sign out together in a logbook when leaving and returning to base. The policy requires them to look out for each other while they&#8217;re on liberty.

Also in September of 2000, the U.S. military on Okinawa began courtesy patrols from midnight to 3 a.m. in entertainment and bar districts of Okinawa frequented by servicemembers. The patrols increase supervision levels thus helping reduce the number of alcohol-related incidents, Riggle said.