‘Courage After Fire’: A guide to picking up the pieces 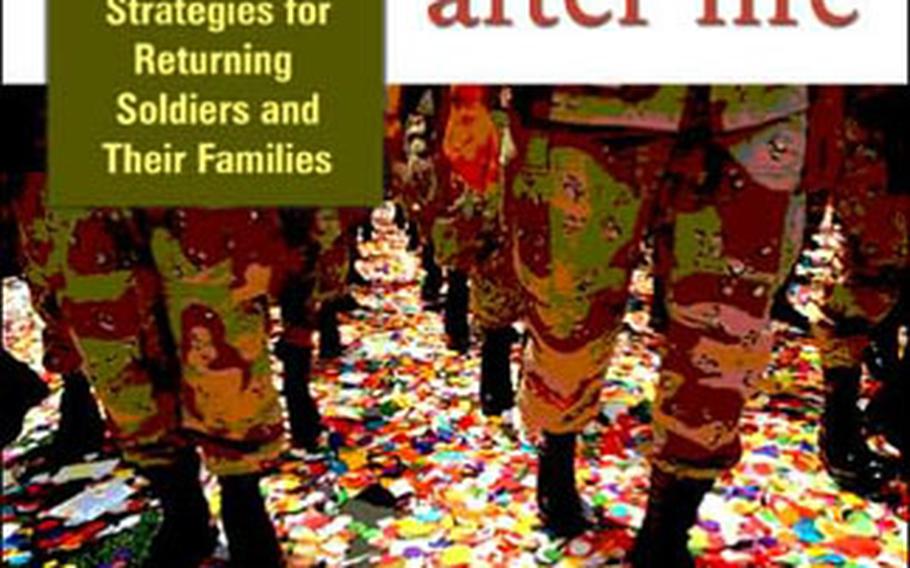 “Courage After Fire” is a guide for U.S. servicemembers who are reintegrating into society after serving in combat. It is available from several online retailers, including and . ()

What happens when the shooting stops?

&#8220;Courage After Fire&#8221; tackles that touchy subject &#8212; the reintegration of military members back into their personal and professional lives after tours in a combat zone.

The book is presented in a no-nonsense, but easy-to-understand, manner, with personal examples from troops who have served in Iraq and Afghanistan.

Authors Keith Armstrong, Suzanne Best and Paula Domenici all worked with veterans in posttraumatic stress disorder programs, and they&#8217;ve provided literally a wealth of easy-to-find information in an easy-to-read format.

The book covers a variety of subjects, including coping skills for returning veterans, rebuilding relationships at home, and even tips for parents and employers of returning combat veterans, regardless of whether they show post-traumatic stress symptoms.

It&#8217;s not, however, a book that anyone should read from cover to cover. It is more a guidebook for smoothing the bumps that crop up in people&#8217;s daily travels or for breaking through any out-and-out roadblocks along the way.

Different coping strategies, exercises and a large chapter of Internet resources make this a good reference for those just returning from combat zones or even those who have been out of Iraq or Afghanistan for a long time.

The stories of actual veterans and their physical and mental experiences during or after their time in a war zone give the book a less-prescriptive and a more-personal feel. They highlight actual issues in the lives of men and women who served as soldiers, sailors, airmen and Marines.

What is refreshing is that not all of the veterans&#8217; experiences are negative, and the authors have made this book more sympathetic and understanding &#8212; and believable &#8212; by highlighting their wide variety of emotions.

The book is geared toward recently returning combat veterans, but the information that the authors provide is applicable to many people: Veterans of past wars; those who deal with traumatic situations as part of their jobs, such as emergency responders; and even anyone who has witnessed a traumatic event.

The section on rebuilding family roles and relationships can be generally applied to any military deployment, or any relationship that needs tuning up.

While it is unfortunate that this book will probably end up on the bookshelves of counseling professionals rather than those of combat veterans, &#8220;Courage After Fire&#8221; should also be available in unit ready rooms and tactical operations centers as well as on coffee tables in servicemembers&#8217; homes.