Cobara-Hetta in Odaiba is a winner for great food 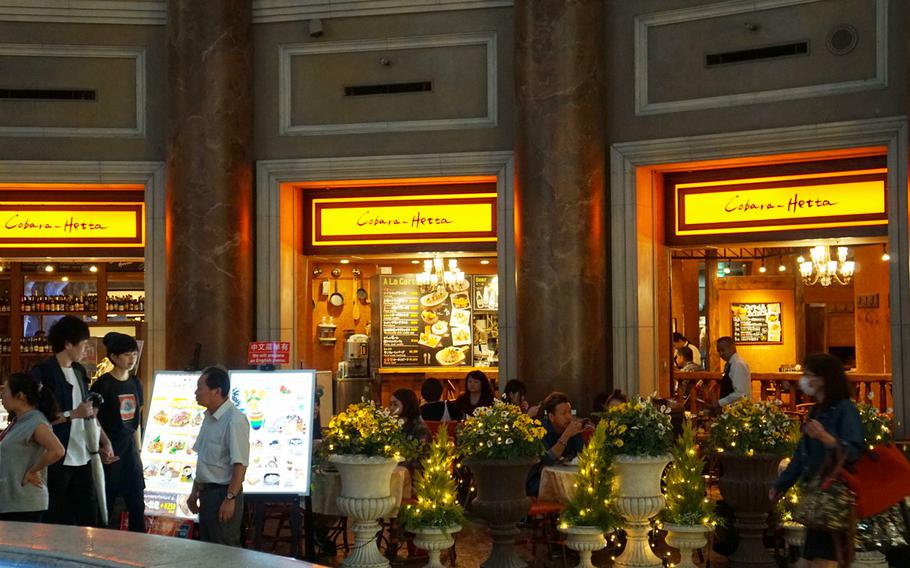 Buy Photo
Cobara-Hetta is in the fountain plaza on the second floor of Odaiba's VenusFort mall in Tokyo. (Leon Cook/Stars and Stripes)

Buy Photo
Cobara-Hetta is in the fountain plaza on the second floor of Odaiba's VenusFort mall in Tokyo. (Leon Cook/Stars and Stripes) 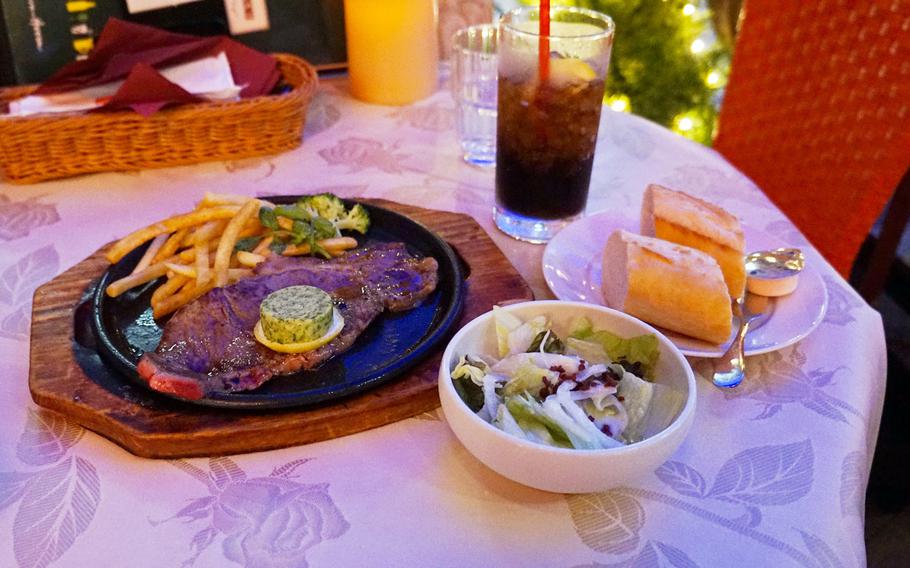 Buy Photo
The sirloin steak at Cobara-Hetta in Tokyo was delicious and a great value at 1,380 yen. (Leon Cook/Stars and Stripes) 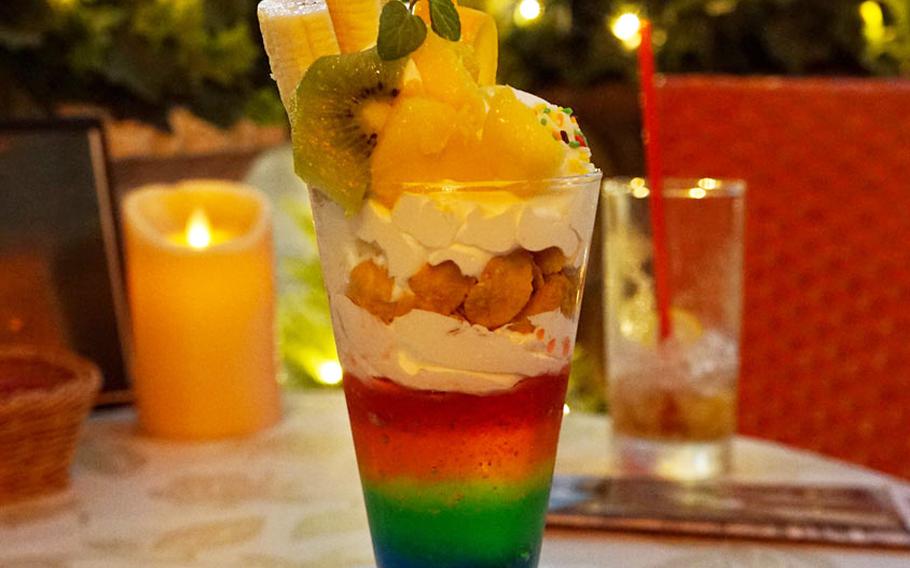 Buy Photo
The rainbow parfait at Cobara-Hetta in Tokyo was a bit pricey at 900 yen but very good. (Leon Cook/Stars and Stripes) 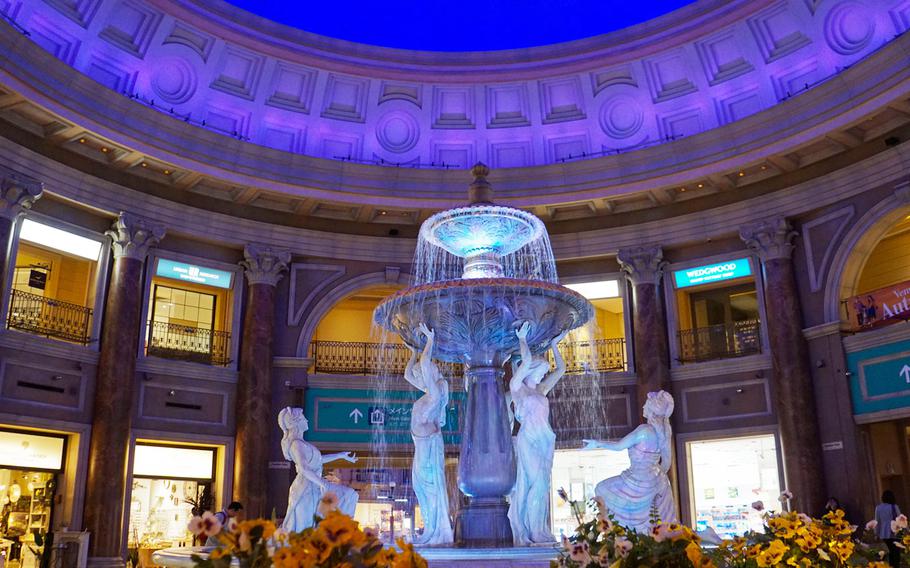 Buy Photo
The fountain and painted dome ceiling in VenusFort's fountain plaza makes for an inspiring view at Cobara-Hetta in Tokyo. (Leon Cook/Stars and Stripes)

At Cobara-Hetta, it’s possible to imagine you’re having a meal in the European countryside rather than inside a large shopping mall in Tokyo.

The French restaurant is inside VenusFort — a mall decorated to look like a Renaissance-era Italian city — on Odaiba, a large artificial island in Tokyo Bay.

The so-called outdoor section of Cobara-Hetta, separated from the rest of the mall by artificial shrubs decorated with Christmas lights, includes a classically inspired fountain.

Diners can stare up at the gentle curves of a domed ceiling, which is painted blue and softly lit to suggest a twilight sky.

The salad arrived promptly and contained iceberg lettuce topped with bacon, onions and ranch dressing. It was crispy and fresh and didn’t disappoint.

The french fries offered the perfect crunch to go with my tender steak, and the two sections of French bread were delightful after I buttered them up. Next time, I’ll pay 350 yen ($3.10) for unlimited bread.

My friend ordered the roast beef pilaf for the same price as my steak. The pilaf was covered with roast beef, mushrooms and cut peppers, topped with a slightly sweet sauce. He said the roast beef was tender, easy to cut with a spoon and delicious.

I was sad when I finished my steak, but a rainbow parfait for 900 yen ($7.98) made an admirable dessert.

Every layer of my parfait was exquisite. I began by eating the orange, banana and kiwi slices before I started on the scoop of ice cream. In and around that was whipped cream that also filled the layer of corn flakes underneath. Finally, I reached the parfait itself, in nine layers of color.

My pal ordered a blueberry cheesecake. The plump blueberries were stacked three high, and he said the taste wasn’t too sweet. The blueberries complemented the cake and crumbly crust.

I wouldn’t usually pay $8 for a dessert, but seeing as I’d normally expect to pay twice as much for my steak, I was ready to celebrate.

I’d never heard of Cobara-Hetta and had no expectations, but I think I picked a winner. The food was great and the “outdoor” decorations, indoor though they might have been, were better than the real outdoors on an overcast day.

Cobara-Hetta Location: Inside the VenusFort mall at Odaiba (a manmade island in Tokyo Bay).

Directions: Take the Yurikamome Line to Aomi Station and walk 100 yards to VenusFort. Cobara-Hetta is in Fountain Plaza on the second floor.