Cádiz: Spanish city is made for strolling 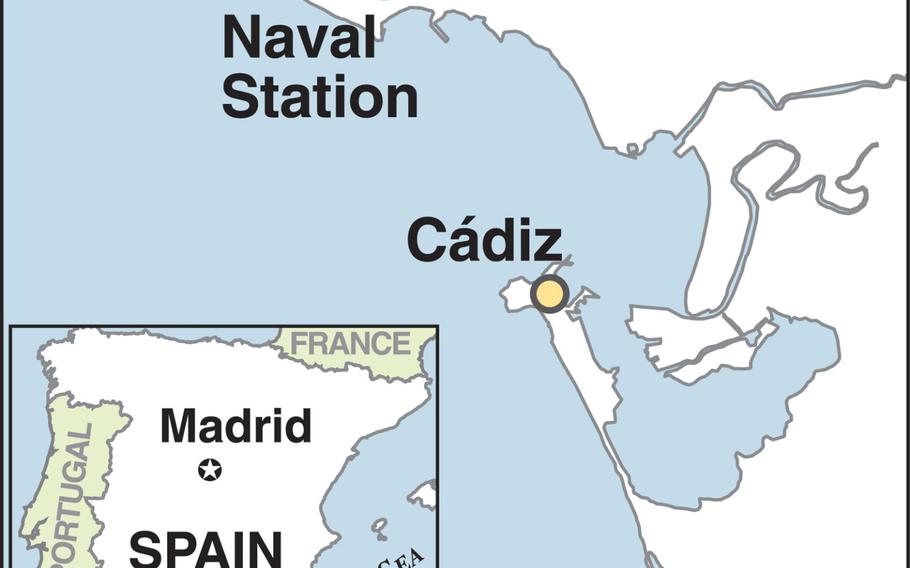 The cathedral in Cádiz, Spain, with its iconic cupolas and multi-hued facade, sits on the edge of the old town and has a fine view of the sea. (Steven Beardsley/Stars and Stripes) 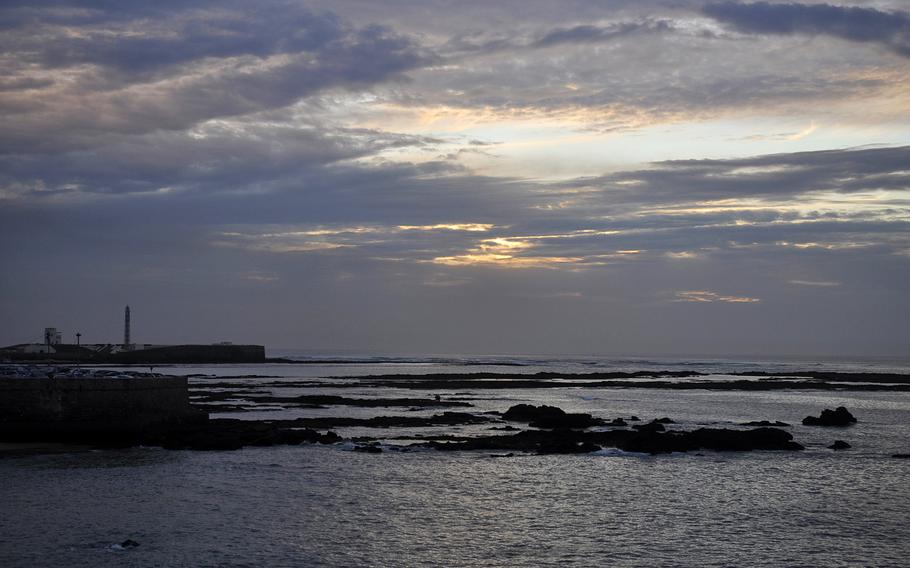 The seawalls and perimeter forts are Cádiz landmarks. Cádiz is just a 45-minute drive from Naval Station Rota, Spain. (Steven Beardsley/Stars and Stripes)

A must-see for any visitor, the iconic cathedral of Cádiz, Spain, was constructed over more than 100 years between the 18th and 19th centuries. (Jose Montero/Courtesy of cadizturismo) 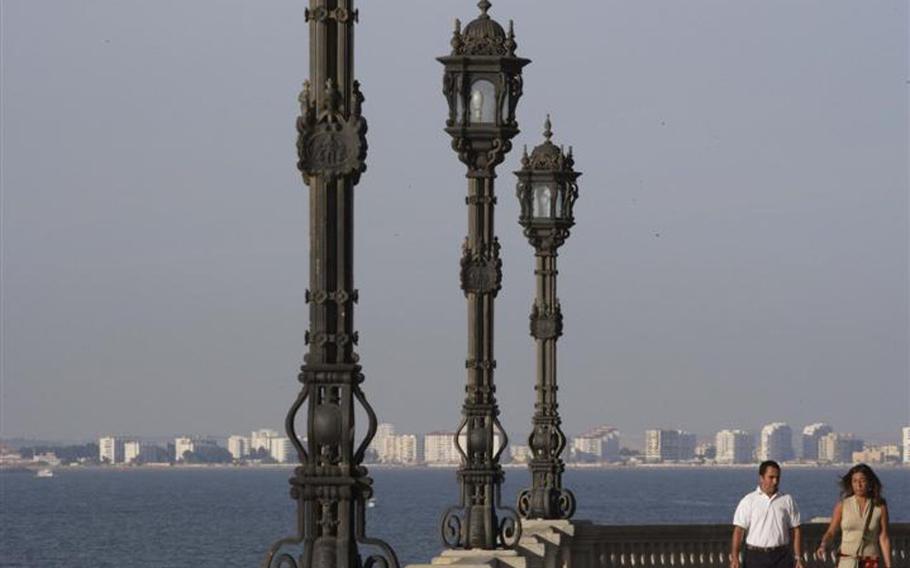 The prime location of Cádiz, Spain, on a bay near the western entrance to the Mediterranean Sea made it a favored settlement among ancient civilizations and is one of the oldest continuously inhabited cities in Europe. (Javier Reina/Courtesy of cadizturismo)

Whether as a Phoenician settlement, a Moorish stronghold or the port of departure for two of Christopher Columbus’ westward voyages, this thin spit of land in southwestern Spain has for millennia played an outsize role in Western history.

So why, on a recent trip to the U.S. Navy base in Rota, did I carve out a measly two hours for Cádiz?

Maybe it was the cold December weather that sapped my enthusiasm. Maybe it was the fatigue from a week of traveling or the exhaustion from a recent stomach bug. Whatever the reason, I hadn’t done my usual homework — no guide books this time, no restaurant recommendations or chats with friends who had already been. But after parking my rental car on the outskirts of Cádiz’s old town and following the cobblestones into its center, I found I didn’t need a lot of preparation to enjoy the city.

Cádiz is made for strolling, with a compact historical center marked by beautiful churches and seawalls of worn stone. Wrought-iron balconies float above its narrow alleys, which feed into elegant open plazas hemmed by palms. Small cafes and ice cream shops invite lounging.

I put my map away early and just walked, turning corners whenever I saw something interesting. I figured there was little chance of getting lost in a town surrounded on most sides by the sea.

I started at the cathedral, with its iconic twin cupolas and yellow-tile dome. A mishmash of architectural styles, the cathedral was built over a period of 100 years, as evidenced by the different-color stones. There are self-guided tours that come with an audio guide explaining the 18th-century origins of the church and the art of its side chapels.

Moving on, I walked past the flower vendors at Plaza Libertad before working my way north and west to the coast. Cutting through an edge of the large Parque Genovés, I found the waterfront and turned along it to the south, keeping the Atlantic Ocean to my right.

Cádiz is one of the oldest continuously inhabited cities in Europe. Its prime location near the entrance to the Mediterranean Sea made it a favored settlement among ancient cultures, from the sea-going Phoenicians to the Carthaginians of North Africa and the Romans.

Only its modern history — after the Moors were pushed out in the 13th century — is Spanish. The bay became an important center for the Spanish Navy and for commercial shipping around the 15th century. Columbus began his second journey to the West Indies from Cádiz, and he was returned to the city in chains after disagreements during his third journey (he would persevere to begin a fourth journey from the bay in 1502).

Cádiz’s wealth and strategic location invited attacks throughout the centuries. Sir Francis Drake sneaked his warships inside in 1587 to devastate Spanish ships being assembled for the massive armada that would sail for England the next year. Barbary pirates were long a scourge, picking off trade ships while dodging imperial navies.

The pale seawalls and perimeter forts that trace the outline of the town remain a testament to these former battles and the powers that once loomed in distant waters.

The sun set, night crept in and I turned back in the direction I came, passing the university and the beautiful Gran Teatro Falla, named for the celebrated Spanish composer Manuel de Falla, who is buried in Cádiz’s cathedral.

Looking back, I only scratched the surface of Cádiz. Maybe next time I’ll tour the city’s museum to see the sarcophagi of ancient Phoenicians, who founded the city in the 12th century B.C. and, like today’s mariners, roamed the Mediterranean for both trade and war.

Or maybe I’ll just take an even longer walk.

Cádiz Where The city is located on the Bay of Cádiz, just southwest of Rota. The drive is about 45 minutes from the city of Rota and half an hour from El Puerto de Santa Maria. Follow signs toward the city center, which is at the tip of Cádiz.

Food Cádiz has several restaurants from which to choose.

Costs A tour of the cathedral costs 5 euros (about $7), including the audio guide. I paid about 5 euros to park in a city garage off Avenida del Puerto, on the eastern edge of the old city.