Boogie’s in Nuremberg ranks with the best barbecue joints in the U.S. 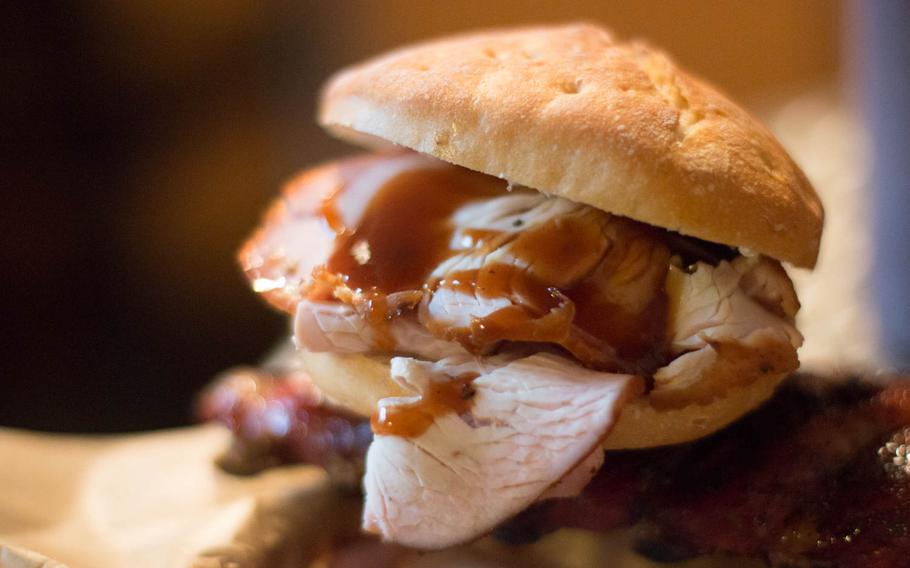 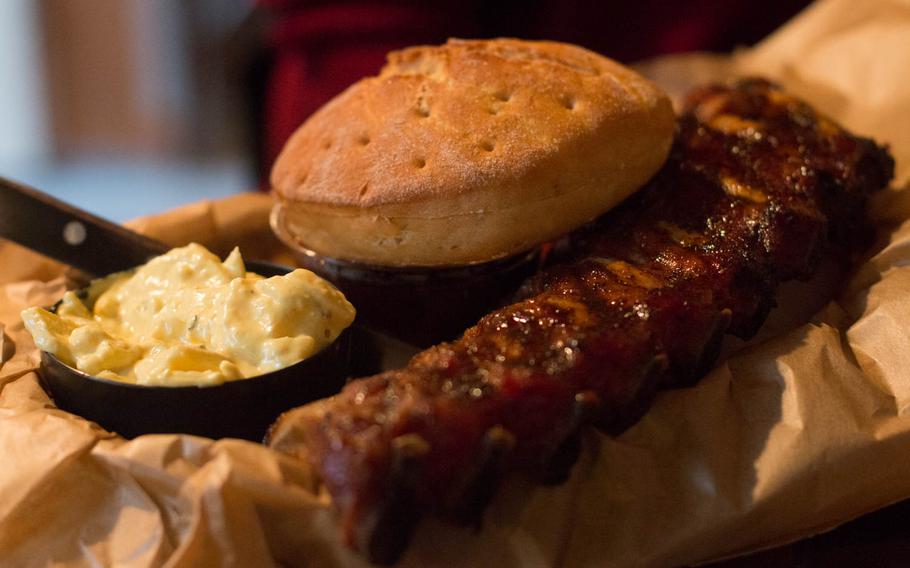 Prices at Boogie?s BBQ in Nuremberg, Germany top out at around 16 euros for this platter that comes with ribs, a choice of sandwich and two sides. () 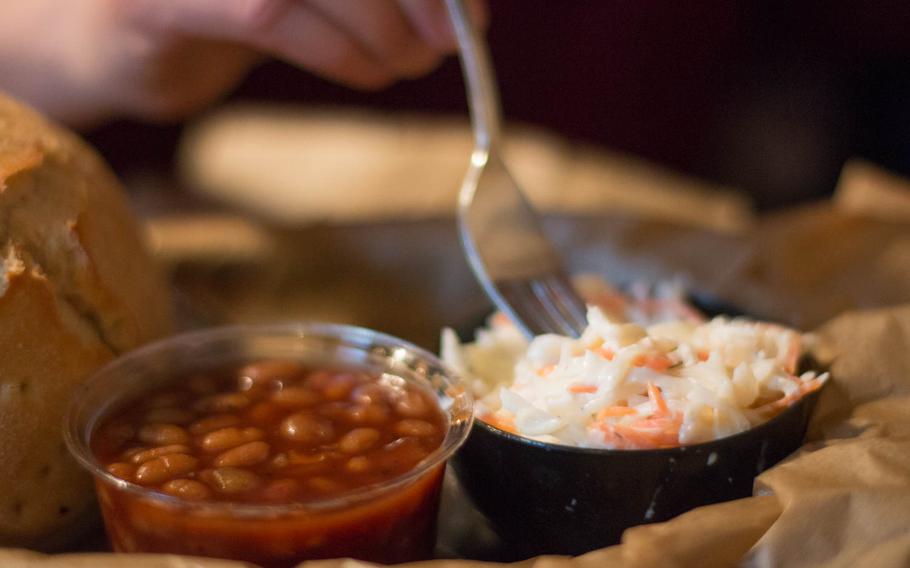 The menu at Boogie?s BBQ in Nuremberg, Germany, is simple. There are meats, a salad with meat and six side dishes, like these, baked beans and American-style coleslaw. () 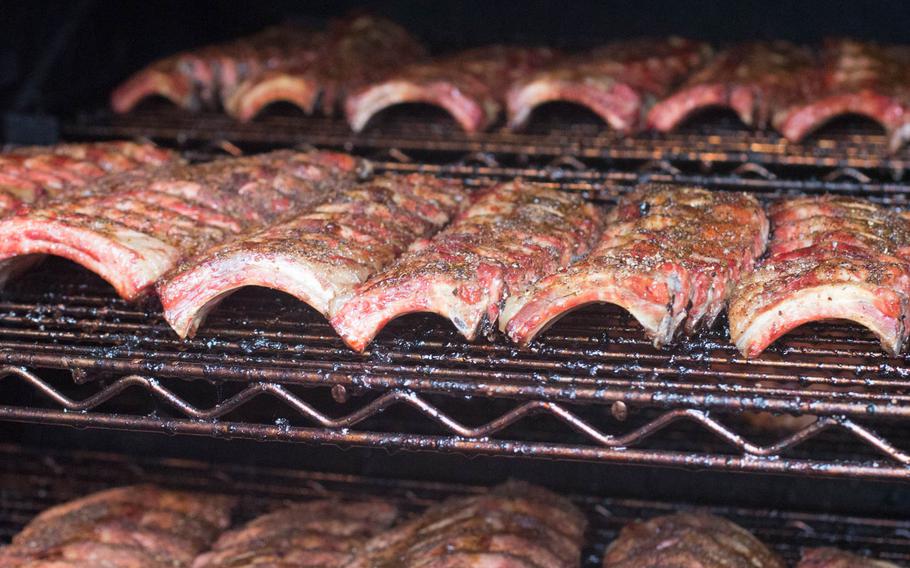 The pork ribs at Boogie?s BBQ in Nuremberg, Germany, are seasoned and smoked daily. They?re also one of the main reasons to visit the restaurant. () 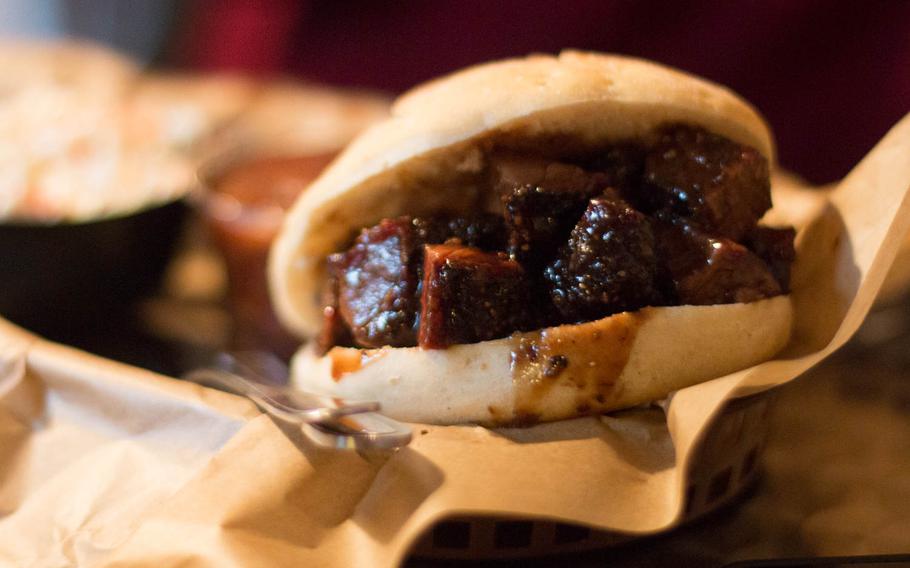 Sandwiches at Boogie?s BBQ in Nuremberg, Germany, range from the basic pulled pork to slightly fancier options like this balsamic-glazed burnt beef ends. () 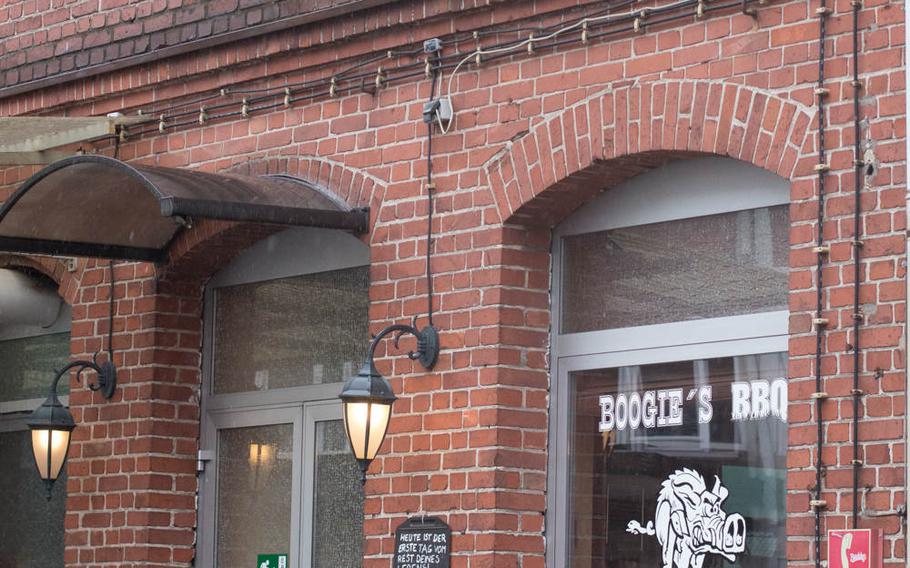 Seating is limited at Boogie?s BBQ in Nuremberg, Germany, so reservations are very highly recommended. That is fairly unusual for a barbecue restaurant, but then again, so is a great American-style eatery in the heart of Germany. ()

American servicemembers and their families who find themselves stationed in Germany get a chance to see a side of the world many of their friends and family can only dream about.

But sometimes, even the most adventurous souls yearn for home. While travel there may not be feasible, it doesn’t mean wistful Americans can’t get a taste of home while living abroad. Those lucky enough to live within commuting distance of Nuremberg will find that at Boogie’s BBQ.

Unlike the American-style diners that infest the areas around military bases, Boogies is a restaurant of actual quality that will remind visitors of the best barbecue joints stateside. The proprietors aren’t looking to turn a quick buck on the backs of homesick Americans, as their care of all things smoked, sauced and grilled shows.

The menu is simple. There are five sandwiches, six sides, two combination plates, a daily special menu and one rib plate. There is also a single salad option. But overall, this is a barbecue establishment. It’s all about meat.

That simplicity lets the owners get to the heart of American BBQ. Out behind the red-brick building that houses Boogie’s sits a large smoking apparatus. At any given time, it’s packed with rotating racks of seasoned pork ribs, slowly smoking to perfection.

Inside, the cooks are putting together traditional smokehouse fare like peppered beef brisket and pulled pork, as well as a couple of curve balls in the form of balsamic burnt ends and a cheesy, jalapeno infused sandwich dubbed El Chupacabra.

What’s most amazing is how incredibly well prepared each dish is. Save for the German-language menus, there is nothing that separates Boogie’s from some of the best barbecue establishments in the U.S. The ribs are fall-off-the-bone (and off your seat) good, the four homemade sauces range from tangy to “grab a glass of water” spicy, and the portions are plentiful.

Speaking as one who has spent more than a few years below the Mason-Dixon line, I can say that all are worth every euro cent.

There is one downside to eating here, however. It seems that Boogie’s isn’t exactly a secret among Nuremberg ex-pats. Making a reservation the day before is strongly recommended, especially when seating is limited during the colder months (outdoor seating is available when it’s warm). Of course you can try just walking in, but there’s no a guarantee that those without reservations will get a seat.