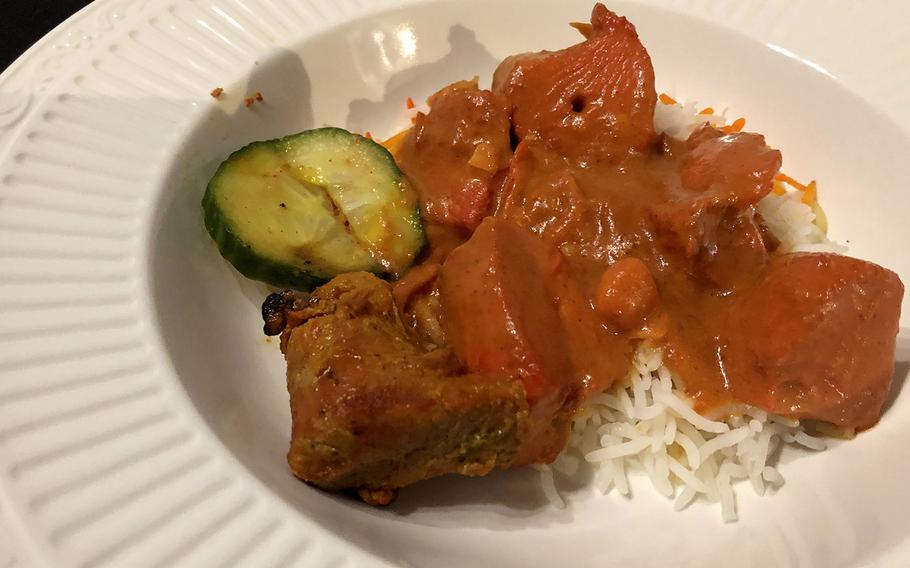 Buy Photo
The chicken tikka masala has a slight tomato flavor. It has boneless chicken pieces cooked in a charcoal tandoor oven. (Brian Ferguson/Stars and Stripes)

Buy Photo
The chicken tikka masala has a slight tomato flavor. It has boneless chicken pieces cooked in a charcoal tandoor oven. (Brian Ferguson/Stars and Stripes) 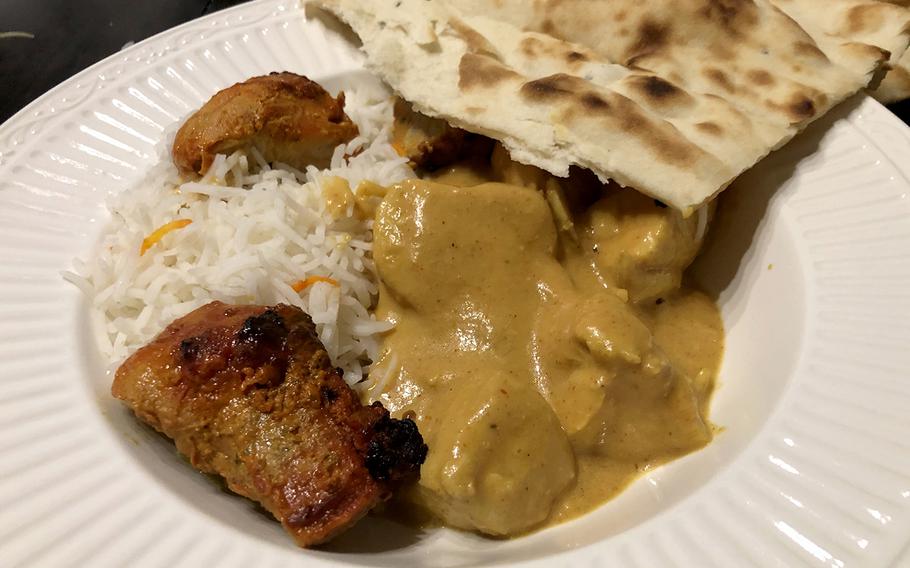 Buy Photo
The chicken nurani was boneless chicken cooked in a very mild sauce of cream, yoghurt and cashews. It is also the specialty of the house. (Brian Ferguson/Stars and Stripes) 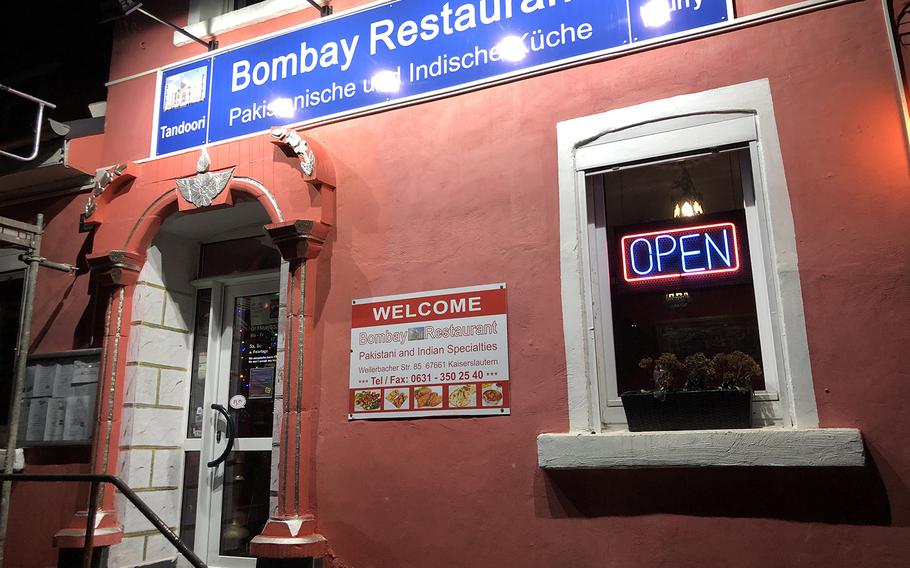 Buy Photo
Bombay Restaurant has easy access from the A6 autobahn, and the parking lot is huge. The restaurant is large and decorated with Indian decor. (Brian Ferguson/Stars and Stripes)

I’d like to thank my mother-in-law for introducing us to Bombay Restaurant.

We didn’t actually eat there with her. I’m not even sure if she likes curry. But one time when she visited us from the States, she got lost and pulled over at the restaurant, where the staff let her use the phone to call us. That was nice of them, and we’ve thought about eating there ever since.

While coronavirus restrictions in December made dining in impossible, Indian food makes a pretty good alternative to takeout pizza.

I’m not an Indian food expert by any means, but I’ve read enough to know that it differs a lot by region. The menu at Bombay is all over the subcontinent, with the thicker sauces and breads of Pakistan and North India, the spices and rice of the south and lots in between.

The staff spoke English well and informed me that they only accept cash. Thirty-five minutes later, our order was ready. They didn’t seem very busy when I picked it up on a Tuesday.

Everything except the flatbread came in aluminum cartons and was still warm when I arrived home. The naan was wrapped in foil.

The full spread was more than enough for two people, and each entree came with a large side of rice.

Bombay lets customers choose the spiciness of a dish, and add or subtract ingredients. The chicken tikka masala was spicy as ordered. It included boneless chicken pieces cooked in a tandoor charcoal oven and served with a Moghul curry.

The chicken nurani was my favorite, with boneless chicken cooked in a very mild sauce of cream, yogurt and cashews. It’s advertised as the specialty of the house. The lamb was also very tender, and the naan was exactly what I expected.

Sections of the expansive menu are devoted to the main ingredients in the dishes: chicken, beef, lamb, seafood or vegetarian. There are also some unusual Western additions, perhaps a nod to the large U.S. clientele in the Einsiedlerhof neighborhood nearby. Among them are hot chicken wings, mozzarella sticks and jalapeno poppers.

The restaurant has easy access from the A6 autobahn, and the parking lot is huge. I can’t speak much to the atmosphere from my takeout experience, but it’s a large space with a lot of Indian decor.

The entire meal was 40 euros, which is more that I wanted to spend on a meal for two. But it was filling, especially with the appetizers and bread, and I now have leftover curry for lunch. I’ll be ordering from Bombay again.

COST: Only accept cash. Most dinner curries run from 12 to 17 euros, more for shrimp.